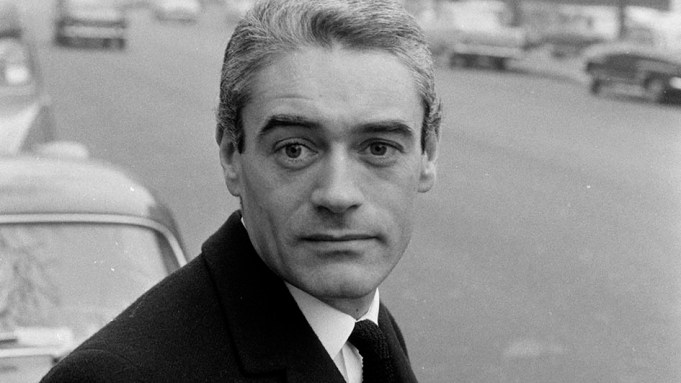 Philippe Venet, a couturier who shared the refined taste and elegance of his longtime companion Hubert de Givenchy, died Monday at the American Hospital in Paris at age 91. The cause of death was not disclosed.

A rueful James Taffin de Givenchy, nephew of Hubert de Givenchy and a well-known jewelry designer in New York, confirmed Venet’s passing and said he was on his way to Paris to mourn a man he described as one of the finest tailors in the history of French couture.

Venet famously worked as an assistant to Elsa Schiaparelli from 1951 to 1953, and then worked beside Hubert de Givenchy at his couture house’s “tailleur” atelier through 1962, when Venet launched his own couture house.

“As Monsieur Hubert de Givenchy’s lifelong companion, he helped to build the house into an international force in fashion, and his many contributions remain an essential part of our DNA,” Givenchy said in a statement on Wednesday.

Olivier Gabet, director of the Musée des Arts Décoratifs in Paris, said that while Venet’s career largely played out in the shadow of his famous partner, he was prized among many upper-crust women in France and America for his impeccable and discreet couture, hinged largely on daywear.

“He was very famous for his coats in the 1960s” and owning one was a badge of honor for society women, Gabet related. “His clothes were nothing flashy, very discreet and impeccably made.”

Les Arts Décoratifs has more than a dozen Venet ensembles in its collection, and Gabet said the designer commanded broad respect in the French fashion firmament.

“Philippe Venet made Parisian couture shine, particularly in the United States, where he remained one of the most appreciated couturiers for a long time,” the Fédération de la Haute Couture et de la Mode said in a tribute.

After training at the École Professionnelle des Tailors de Lyon, Venet began an apprenticeship with a workshop that had the exclusive license to reproduce models from Balenciaga. Later in his career, he developed ready-to-wear, men’s wear, perfumes and accessories, according to the federation.

Taffin de Givenchy recalled that Venet began his studies as a teenager and his flair for tailoring was apparent to all. “He was so good that very early in his apprenticeship he was given all the Balenciaga’s patterns to cut. The word went around of his talent and Schiaparelli wanted to meet him. At the young age of 21 he was hired and given a contract at the famed couture house,” he said. “This is where he met Hubert, who had already been there for for years and was about to leave. Their friendship never faltered.”

In January 1962, Venet shared a page with Yves Saint Laurent in WWD’s preview of the upcoming couture shows that month. “He understands elegance and the elegant,” Thelma Sweetinburgh, WWD’s Paris-based fashion editor, wrote at the time, noting that “he has worked closely with some of the smartest women in the world, including Mrs. Lowell Guinness, whose clothes he cut at Givenchy.”

Laudomia Pucci, who worked in Givenchy’s rtw department in the late 1980s, became close friends with Venet and de Givenchy and described them as a fashion power couple along the lines of Yves Saint Laurent and Pierre Bergé, although both were creative gurus with impeccable taste.

“They did everything together, but they kept their two lines separate,” Pucci said, describing their love of decoration, lavish entertaining and gallant holidays. “Philippe was very soft-spoken, but a very witty, clever man.”

Venet was predeceased by Hubert de Givenchy, who died in 2018 at age 91, and is survived by sisters and nephews. It is understood a private service is scheduled for Friday in Paris.