The brand currently ships to 40 retailers on four continents, with about a quarter of production shipped to Japan. 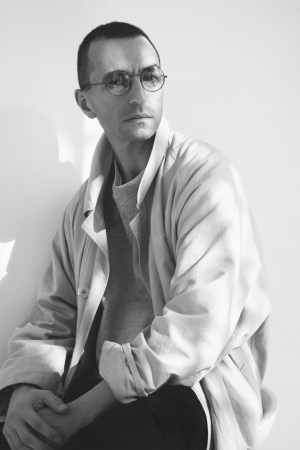 “At the moment, 50 percent of our total production is shipped to Asian markets,” said Nehera owner Ladislav Zdut, who relaunched the brand in 2014 with a catwalk showing during Paris Fashion Week. “We are also currently looking for a retail client in Prague. We can only reach profitability by going global.”

Zdut considers Prague a linchpin market given the brand’s roots in the Czech Republic, especially in the minds of the older generation.

Armani Collezioni, Corneliani, See by Chloé and Isabel Marant are among European brands that are said to have parts of their collections produced in Slovakia, “and so we decided to follow Nehera’s heritage and keep our entire production here,” Zdut said.

“We are a very young brand with annual turnover of 1.5 million euro,” or $1.64 million at current exchange, added Bibiana Zdutova, managing director of the women’s wear brand. “Our intention is to focus on the quality of production, delivering on time to final customers and most of all attracting the attention of buyers from the world’s 100 top multibrand and department stores.”

The brand currently ships to 40 retailers on four continents, with about a quarter of production shipped to Japan. Accounts include Opening Ceremony in New York and Los Angeles, Blake in Chicago and Harvey Nichols Hong Kong.

Nehera creative director Samuel Drira — one of the founders and fashion director of Encens magazine, as well as a creative consultant for brands including Hermès and The Row – is currently doing fittings in Slovakia for the fall 2016 collection that will be presented in Paris in March.

“Nehera has a very particular position. There is a strong history and yet for some it is seen as a completely new luxury label. The Nehera woman is not into fashion completely, but has a strong sense of beauty — a free-minded personality,” Drira said. “Today we are six people working on the collection.”

Drira’s style combines minimal, often oversize shapes and layering with craftsmanship.
Founded by Jan Nehera in 1923, it is credited as being one of the first vertical ready-to-wear fashion brands. In the Thirties, the label had its own garment factory in Prostejov and stores on three continents — in Central Europe, the U.S. and Africa.

In the Thirties, the brand became known via massive advertising. Today, Zdut’s strategy, despite his advertising background, is centered on the brand’s Paris presentation and showroom, where most of Nehera’s new wholesale accounts are secured. According to Zdutova, “There is no ambition nor capacity to launch Nehera’s own flagship store; however, the team is focusing on expanding the brand’s online store and continue their investments into the showrooms.”

The company also plans to recruit an international celebrity for red carpet and public appearances to boost its global profile.

“Since our [public relations] agency is based in Paris, one of the main subjects for March when we present the fall 2016 collection is to proceed with the selection of the celebrity endorsement,” Zdut said.

“Nehera is featured on the official calendar of Paris Fashion Week, so we have already been approached by several agents who suggested a few names that would match with our vision,” he added, declining to reveal them.