Louis Vuitton, Bulgari, Baccarat and Herve Leger plan to open in the fall at NorthPark Center. 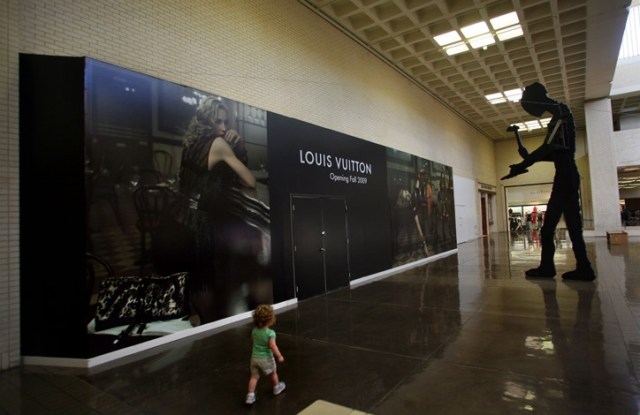 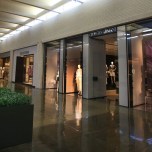 Louis Vuitton, Bulgari, Baccarat and Herve Leger plan to open in the fall at NorthPark Center here, as the mall intensifies its luxury component in the face of declining consumer spending.

In addition, Gucci is expected to open late next year after its lease ends at Galleria Dallas.

Vuitton, Bulgari and Léger will be located in the corridor facing Neiman Marcus’ front entrance. Many boutiques along the upscale stretch have launched in the last three years, including Roberto Cavalli, Giorgio Armani and David Yurman.

Vuitton’s 6,000-square-foot accessories and shoe unit will be the brand’s largest in the Dallas metropolitan area. It will feature a two-story glass facade that opens onto the mall’s park and face Jonathan Borofsky’s towering sculptures in the center court.

“Dallas is an extremely strong market for Louis Vuitton,” said Daniel Lalonde, president and chief executive of Louis Vuitton North America. “We entered the Dallas market in 1982 when we opened our first store at Galleria Dallas. Since then, we have had great success and twice expanded our Galleria location. “

The NorthPark unit will be its fifth in the area, he added.

NorthPark began attracting luxury tenants when it expanded in 2006, but some have struggled. Barneys New York has acknowledged disappointing sales since its fall 2006 debut, Porsche Design and Vilebrequin have closed, and Intermix halved its store size to 2,000 square feet — its typical footprint.

“The whole thing was to make it a boutique store within a mall that was very hands-on — ingratiating the staff into the community with private shopping events in people’s homes,” said Jennifer Talbott, Intermix spokeswoman. “That has turned the store around for us.”

Many of NorthPark’s luxury boutiques this year moved their closing times to 6 p.m. from 9 p.m., including Max Mara, Tod’s, Valentino and Oscar de la Renta. The shorter hours make it easier to recruit experienced salespeople and are a better fit for shopping patterns, retailers said.

“We’re changing by observing what other luxury centers have done and seeing what’s worked,” said Christine Szalay, marketing director for NorthPark. “The evening has never been a high traffic time for [luxe] boutiques. This allows the sales associates to do more socializing and networking with their clients at events. Luxury marketing is more about relationships than anything else.”

“Spending patterns and shopping have changed,” Szalay said. “Relationship marketing is the smartest thing you can do.”