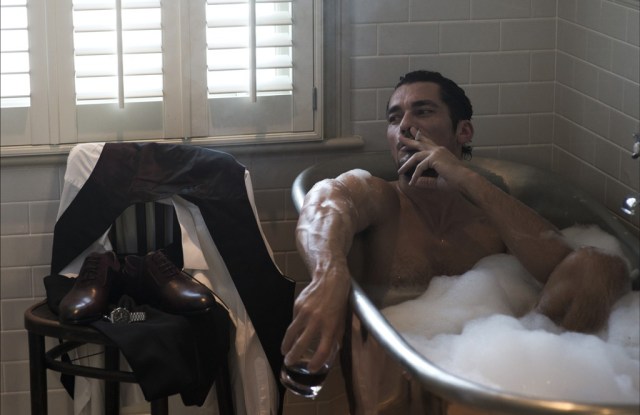 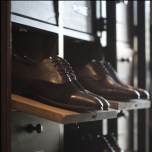 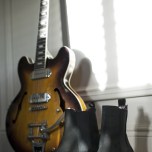 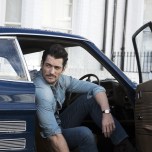 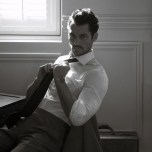 Gandy, an ambassador for London Collections: Men, has purchased a majority stake in the small, cult, East London shoe label David Preston, which will have a soft launch here during the four-day men’s showcase and also will be on show in Paris later this month.

The founder, David Preston, a qualified nurse who taught himself the footwear business and built the company in his spare time, retains a minority stake and his title as creative director.

Gandy, who models for firms such as Massimo Dutti and Lucky Brand, told WWD exclusively that owning and managing a brand — his title is chairman and ambassador — was inevitable. “It was always my aim — which sounds really strange as a model — not to always be in front of the camera but to turn the other way and have an input,” Gandy said over coffee at Brown’s Hotel in Mayfair.

Even before the David Preston purchase, Gandy said he was keen to work closer with the brands that were using him for their ad campaigns.

“I don’t just do one campaign and move on. I go in there, I look at the team and I want to help the brand move in a different direction. For me, that’s the exciting part. I want to be involved. Everyone thinks I turn up on set and go home afterward, but I’m probably the biggest pain in the arse. ‘Can we do this? Can we do that?’ It’s fun.”

He said that’s one reason why he was so eager to work with Preston: “I wanted to give him a chance,” Gandy said.

The face of Dolce & Gabbana Light Blue fragrance who recently collaborated with Marks & Spencer to launch his own underwear and sleepwear collection, Gandy said he was inspired by his female counterparts who have built themselves into brands.

“I looked to the early supermodels, Cindy Crawford, Christy Turlington. They didn’t stick with just shooting,” he said, adding that he was also excited by the idea of building up a homegrown British brand.

Gandy has other investments in small British companies — he would not give specifics — but said the David Preston project is the major focus right now. Preston launched his company in 2011 with a capsule collection of three styles and is best known for his Chelsea boots; Kate Moss is said to be a customer. Until now, Preston has been selling from his East London studio and through the company’s Web site, which will be rebranded and relaunched imminently.

Gandy and Preston were introduced when the model was hunting for a great pair of Chelsea boots — Preston was famous for making them in leather and suede and in a variety of colors — and the relationship flourished from there.

The new David Preston collection will be launched with 15 styles, including oxfords, brogues, Chelsea boots, as well as footwear for evening and red carpet. There is also one unisex style. Prices range from 350 pounds to 490 pounds, or $530 to $740 for shoes, and 380 pounds to 520 pounds, or $575 to $786 for boots. The products are made in Spain and Italy, and the soles are hand-stitched in the U.K.

The multitasking Gandy appears in the in-house ad campaign and look book, shot by Richard Hardcastle, at Gandy’s home in West London.

“We want to create a lifestyle around the shoes and think about how men want to be seen in them: It’s having a cigarette and a whiskey after going out to a black-tie do or being in your classic car with your Chelsea boots,” Gandy said.