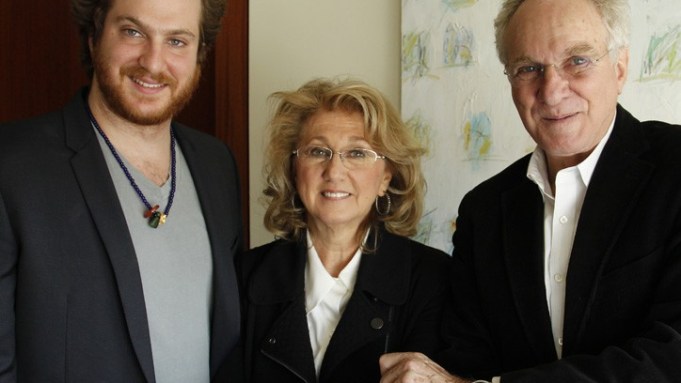 The fine jewelry firm is marking three decades in business with the opening today of a multimillion-dollar flagship in a converted town house on Madison Avenue at 63rd Street here that represents the brand’s biggest single retail investment.

The five-floor flagship, which Yurman calls the Townhouse, punctuates a two-year global expansion that included the company’s entry into Europe with a 400-square-foot in-store boutique at Printemps in Paris, which launched in March, and another shop-in-shop at the Moscow luxury retailer Tsum. There are also plans for a London location.

In Asia, Yurman has opened four boutiques and is eyeing a second store in Macau. The firm has also bolstered its presence at U.S. stores such as Saks Fifth Avenue and Bloomingdale’s, where the new looks of the in-store shops gave a taste of the new flagship, which will be the inspiration for the brand’s 15 domestic stand-alone boutiques. These units could be retrofitted in the Townhouse’s design.

“We built this home together,” said company chairman and designer David Yurman, referring to his wife, Sybil, president and chief marketing officer, and their son, Evan, design director of men’s, timepieces, bridal and Couture Jewelry. “It’s an evolution. Design is in my bones.”

“Every one of our stores is a very important example of each market we’re in,” he said. “Retail is the ultimate in local marketing…our retail really sets the standard [for] someone that really wants to get the pure form of the brand.”

“People have a lot of options of shopping today: online, jewelry stores,” he said, adding that he expects “a healthy increase” in sales versus Yurman’s former Madison Avenue store. “If you’re going to bring something to the retail landscape…it’s got to be transcendent; transcend the assortment, transcend the training, transcend the shopping experience. It’s a higher level of service.”

Industry sources estimate the brand’s sales range from $500 million to $700 million, but the privately held firm declined to provide figures.

The flagship has 2,000 square feet of selling space over three floors — the fourth and fifth are back office space — compared with just 800 square feet at Yurman’s previous Madison Avenue locale, one block north.

The store, which was under construction until the 11th hour and was designed by Gabellini Shepherd Associates, echoes the Yurman aesthetic with clean lines, unexpected textures and light. The narrow building has been given an enhanced sense of depth with double- and triple-height ceilings and an atrium. The focal point is the store’s nave, where a steel rod sculpture — evoking Yurman’s iconic cable bracelet — is suspended from the triple-height ceiling and wrapped by a curving staircase.

The facade has hand-etched glass onto which a projector within the building displays the brand name and other images. Gray canvas walls recall Sybil Yurman’s background in painting and the door handles have been hand-sculpted by David Yurman. Smooth planks of American walnut unfold across the ceiling and reflect the couple’s reverence for midcentury American design and furniture.

The first floor, which houses women’s jewelry, features striated Nublado marble floors, mirrors and steel and wood trim. Collections will be merchandised together, such as the Silver Ice, or the edgy new Midnight Mélange collection, a line of pavé diamonds set into oxidized silver that debuted at Yurman’s Printemps boutique.

The second floor displays men’s jewelry and timepieces. The denlike atmosphere includes a bar, club chairs and a flat-screen television.

The third floor represents newness. The bridal jewelry collection is on display along with the new Couture jewelry line. The Couture collection reflects the fine jeweler’s push into a high jewelry-like category in which the one-of-a-kind pieces escalate from $18,000 into the millions.

Yurman previously had a line called Couture that was comprised of limited edition pieces. That line has been renamed David Yurman Limited Edition. The Couture project was championed by Evan Yurman, a fan of the work of jewelers in the highest, most rarefied echelons of the market, such as Joel A. Rosenthal of JAR.

The jewelry pieces are focused on color with large, unique stones such as a 12-carat Kashmir sapphire perched atop a white gold ring with signature Yurman cable detail and pavé diamond accents, an 80-carat peridot set in a necklace of color change medallion spinels or a 25-carat red spinel cocktail ring. The line represents some of Yurman’s highest-ticket items.

“Part of David and Sybil Yurman’s success has been in anticipating consumer needs,” said Robert Burke, head of the Robert Burke & Associates consulting firm. “They’ve always been ahead of the curve. Making a statement like this [store] and pushing the brand up in price point and design in a lifestyle environment will only set it apart.”

David Yurman has not be averse to taking some risks. When injecting diamonds into sterling silver for his revolutionary Silver Ice collection, Yurman shifted the paradigm in fine jewelry — something that was frowned upon by old guard jewelry houses that view silver as an unworthy metal to combine with precious diamonds, but was ultimately accepted by consumers who appreciated the lower price and everyday wearability of the pieces.

The chairman and designer has long been fascinated by geometric shapes and sculpture forms. Yurman’s cable bracelet was one of his first designs and is still a top seller that his most devoted clients collect year after year.

The growing involvement of Evan Yurman, who pushes his parents to do edgier styles, is indicative of how the Yurmans view their business — as a family matter. The husband-wife team is closely involved with day-to-day operations at the firm’s headquarters on Vestry Street in lower Manhattan, and within their store network. There is a familial sense among employees, several of whom have been with the Yurmans for decades.

The couple said they will never sell the company, and that Evan Yurman will eventually take command.

“We are a family and we like to design,” Sybil Yurman said. “We don’t live to work. Design is part of our romance and our life.”

Ultimately, the company’s expansion and creative energy — including a fragrance and eyewear through licenses with Clarins and B. Robinson, respectively — are generated by the Yurmans themselves.

“I made my first cuff links when I was 11 years old,” said Evan Yurman, now 28. “Six years later I wanted to buy a surfboard and [my parents] promised me the [royalties of sales from the cuff links]…we sold thousands of pairs so I bought a surfboard and went to Europe for a month.”

He has developed a particular affinity to rare gems because of the craftsmanship involved in the pieces and the relationship that blossoms between jeweler and customer.

“It’s an intimate process between myself and the client,” Evan Yurman said of working on the Couture collection. “It’s a dialogue and it’s an heirloom.”