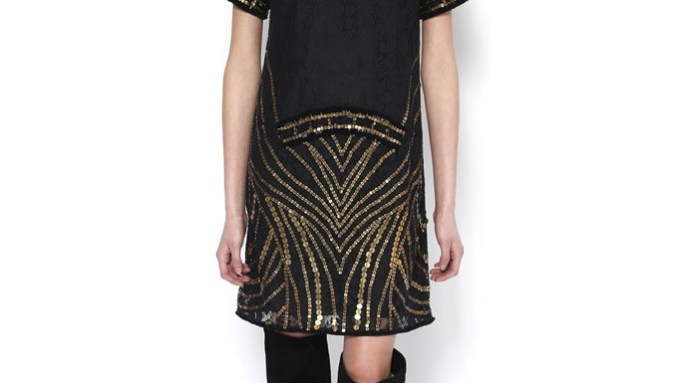 When Marchesa cofounders Georgina Chapman and Keren Craig chose Marchesa Luisa Casati, a legend of fashion flamboyancy, as their muse and namesake eight years ago, they made plain their plans to dress women for their fanciest moments, most of them occurring after 5 o’clock (or roughly 2 p.m. PST, when the major red carpets open during awards season). At this point, Marchesa’s gowns are as affiliated with the Hollywood award circuit as Ryan Seacrest. Then there’s also Marchesa’s bridal collection, as well as Notte, their cocktail dress line.

But because even the most fabulous lives need clothes by day, for fall Chapman and Craig are launching Marchesa Voyage, a contemporary collection done in partnership with LF USA. “Something Keren and I had always wanted to do was more of a loungewear deal — the Marchesa in her palazzo,” said Chapman, during a preview of Voyage. Incidentally, Chapman and Craig are each pregnant with a second child — perhaps that influenced Voyage’s “grab and go” sensibility, as Craig called it. “It’s for a global-minded woman,” she said, “whether she is traveling the globe or whether she is just staying at home.”

Mood boards on one wall of the Marchesa studio in the Starrett-Lehigh Building were covered in images that channeled the bohemian excess of Talitha Getty. The clothes hanging on racks distilled that glamorous gypsy sensibility into a look that is suited to, yet will stand out in, the current contemporary climate. There’s an eclectic lady-of-leisure angle to the collection, which is big on original prints that appear on languid shirts, skirts and genie pants. Perhaps unsurprisingly, Voyage’s aesthetic was conceived by Chapman, who, as Harvey Weinstein’s wife, lives some version of a fairy tale — a recent Vogue feature on her was titled “Magic Kingdom.” While vacationing, she found herself fiddling with her own collection of printed scarves, tying them up in different ways that inspired various Voyage styles. There are also furs, embellished denim and pieces featuring extensive embroidery done in India. The collection, which wholesales between $100 and $400, is produced in Asia. Nothing is plain or basic, down to the 45-style shoe lineup, which includes over-the-knee wedge boots and sandals and pumps jazzed up with bohemian embroideries. “We felt like we needed it to have a personality,” said Chapman. “There would have to be a reason for someone to buy it.” The cofounders see Voyage competing with 3.1 Phillip Lim and Alexander Wang. “Obviously we’re a different aesthetic,” said Craig. “But that’s where we see it sitting.”

Edward Chapman, Marchesa’s ceo and Georgina’s brother, started talks with LF USA a couple of years ago. “The contemporary space obviously has a lot of potential, especially if you’re looking to be a lifestyle brand,” he said. “There’s an opportunity to build a sizable business.” Retail partners have yet to see the line, but Edward said ideally Voyage will launch in 250 doors, department stores and specialty stores internationally.