In stores starting in January, the revitalized collection now has a 100-piece-strong gift and entertaining component that is being produced in-house. 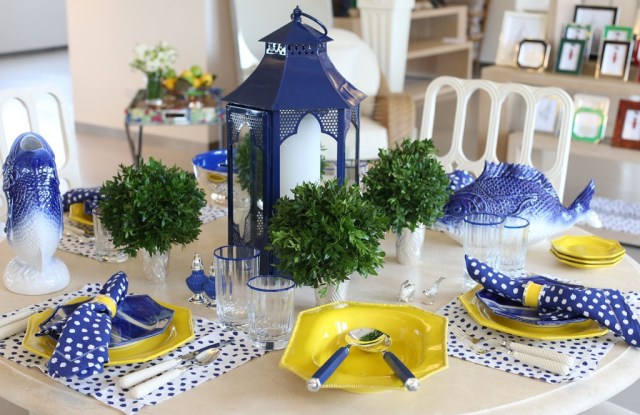 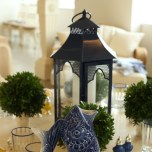 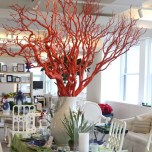 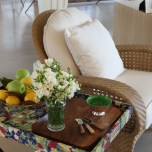 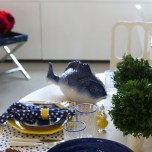 NEW YORK — Fond of entertaining, Oscar de la Renta is known to make guests feel right at home and now he is extending that feeling of hospitality through his home collection.

This story first appeared in the August 23, 2012 issue of WWD. Subscribe Today.

In stores starting in January, the revitalized home line now has a 100-piece-strong gift and entertaining component that is being produced in-house for the first time. The island theme and color scheme are reminiscent of de la Renta’s life in the Dominican Republic, where he loves to entertain. Dinnerware, barware, serving pieces, hurricane lamps, picture frames, candles and games are among the assortment that will be sold in the designer’s freestanding boutiques and through select stores. E-commerce is expected to be added to the fold late this year or in early 2013.

The home line has some signature touches, such as a Champagne bucket that doubles as a planter and a Revere bowl with a wooden base. Most of the items will retail for between $100 and $1,000, with some of the gifts selling for well under $100. Furniture is considerably higher, with some pieces selling for more than $10,000.

The company’s renewed interest in home is expected to turn the category into a $10 million business in the next two to three years, according to Alex Bolen, president and chief executive officer. This year, sales should more than double, though he noted that the game sets, tabletop, flatware and plates are new items. Given that, “substantial increases” are planned for 2013. “We think it’s important that we have a place where we really tell the world about what is brand new in the Oscar de la Renta home category,” said Bolen.

Traces of de la Renta’s favorite pastimes can be found in the gift offerings. Dedicated about playing dominoes at 5 p.m. when he is at home in the Dominican Republic, the designer has created a leather dominoes set. Also known to be a bit of a card shark — Oh Hell is a favorite game — de la Renta has created a silver card case with a deck of cards that shows all four queens wearing Oscar de la Renta jewelry. “We were going to make the kings [look like] Oscar, but we thought that would be too much,” said Eliza Bolen, the ceo’s daughter and executive vice president.

Remnants of de la Renta’s ready-to-wear are evident in the trays imprinted with florals or dip-dye prints featured in his collections. Even the brushstroke print that is used for a plate design hailed back to a trip to Portugal the designer took more than 30 years ago. De la Renta’s personal favorites from the collection are the etched glasses, silver flatware with carved wooden handles and the dominoes set.

The island-themed collection features an assortment of sea creatures, including crab-shaped candy dishes, a fish-tailed corkscrew that is also a bottle opener, nautilus bookends and a large soup tureen shaped like a bluefish.

Consumers who buy one of the larger pieces will also get a sampling of the designer’s culinary skills, a printed menu with a recipe or two of what he might typically serve to friends in his own home.