Sunday’s runway show at the Audi Fashion Festival sold out within an hour of tickets going on sale to the public, according to organizers. 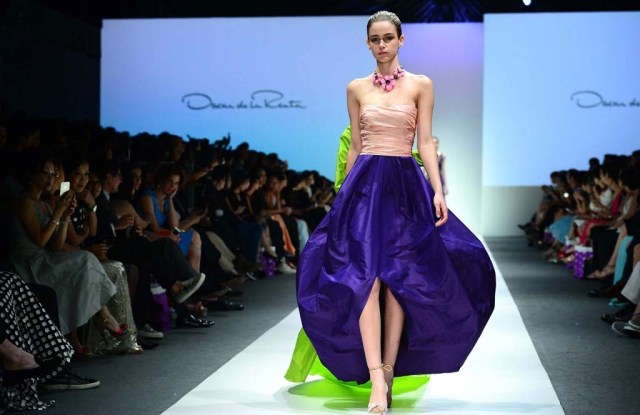 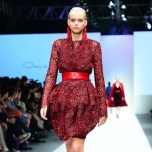 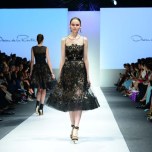 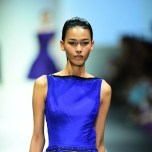 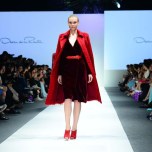 Asia, including China and Japan, only contributes 5 percent of de la Renta’s revenues, mainly from its bridal and ready-to-wear lines.

“Our Asian business should be much bigger,” Bolen admitted.

Around 10 years ago when Bolen was named ceo, the company was 98 percent North American-based, and exclusively distributed through wholesale partners, he said. Since then, it’s expanded its retail presence in the U.S., and pushed into Western Europe and the Middle East.

“It may have taken us a bit longer to get into Asia, but we’ve been thoughtful about it,” he said.

Compared to other high-end brands, de la Renta does most of its business in Asia — at up to 80 percent — in rtw pieces, and far less in accessories.

This situation is often the reverse for competing brands, where the bulk of Asian sales tends to be done in leather goods and jewelry, for example, said Bolen.

“This presents for us both an opportunity and a challenge: an opportunity to set ourselves apart, but we also need to be careful to bring a compelling commercial offering [to the market],” he said.

He’s noticed, however, that Asian fashion consumers are warming up to rtw pieces increasingly, and the brand hopes its time to attack Asia in a big way will happen soon.

On Monday, the fashion house will hold a full-day trunk show at enVie de Pois down Orchard Road in Singapore.

Besides the trunk show, Bolen was in town for the brand’s runway show that closed the Audi Fashion Festival, one of Singapore’s biggest fashion events. De la Renta himself did not make the trip.

Sunday’s closing show at Ngee Ann City Civic Centre sold out within an hour of tickets going on sale to the public, according to organizers. It saw a full attendance of 600 people to see de la Renta’s fall collection.

This is the sixth year for the annual extravaganza, and the event drew a largely young audience, with numerous local socialite and celebrity faces among the crowd. Hollywood actress Kate Bosworth was one of the international luminaries who flew in for the event.

Chan Shu Ling, a public relations executive based in Singapore, attended the closing show. She said she knew de la Renta mainly for his ballgowns, and was pleasantly surprised by the rtw collection on the runway.

The fashion festival began Wednesday with a show of the fall collection of Nepalese-American designer Prabal Gurung. Returning to the country he was born in, more than 30 years after leaving, the Singapore show was his debut on an international runway. “As Prabal was born in Singapore, and hasn’t been back since, it was a homecoming of sorts,” said a representative.

A sold-out crowd attended the show, and Gurung also hosted a meet-and-greet backstage with major customers.

Exhibit and Saturday trotted out their minimalist designs — Exhibit’s designer Yoyo Cao added leather details to the collection, while Saturday kept its silhouettes clean and basic.

The festival’s organizers offered fans an inside look behind the scenes via local fashion bloggers Velda Tan, Arissa Cheo, Sheila Sim and New York DJ Chelsea Leyland, who blogged and posted photos on Instagram marked with hashtags #AFF2014 and #AFFSG.