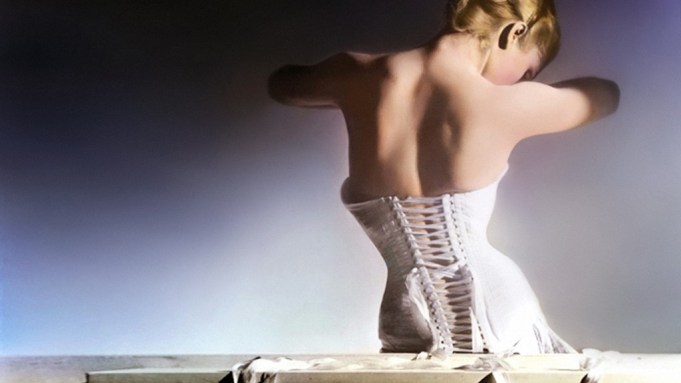 Two storied yet long-dormant brands — the couture name Mainbocher and shoemaker Herbert Levine — are being shopped to potential investors or partners, WWD has learned.

The discreet French entrepreneur behind those projects, Arnaud de Lummen, also has several other “sleeping beauties” in his possession, having quietly gathered up trademark rights and other precious intellectual property — from archival designs to catalogues.

He’s drawn up detailed relaunch plans for each, showcasing the richness of their visual identities and mapping out distribution scenarios for the brands, which cut across fashion and accessories.

De Lummen, who reintroduced Vionnet ready-to-wear in 2006 and sold the label to Matteo Marzotto and Gianni Castiglioni three years later, is also the executive who in 2010 sold Moynat, a prestigious 19th-century trunk-maker, to Groupe Arnault.

In an exclusive interview, de Lummen disclosed that he recently concluded a 50/50 joint venture with Hong Kong-based Fashionista Asia Pacific Ltd. that will see Belber — an American trunk and bag specialist founded in Philadelphia in 1891, yet dormant for 42 years — come back on the market as early as next year.

He declined to identify the other brands in his stable but hinted they include a French fashion house, a French trunk-maker and an English leather goods brand. De Lummen has grouped his cache of historic gems under Luvanis SA, a company registered in Luxembourg.

A slight, soft-spoken man with a thick crop of raven black hair, de Lummen has keen instincts for dormant brands, describing a “love at first sight” sensation — or what the French call a “coup de foudre” — when he happens upon a sleeping beauty like Mainbocher, the house founded by Chicago-born editor-turned-designer Main Rousseau Bocher.

“You start with roots and a history,” he explained. “When you relaunch, you already have a story to tell.…After a few years, people completely forget that the brand was dormant. People think it’s always been there.

“It’s reassuring to consumers that you’re not a newcomer.”

To wit: de Lummen surmised that Groupe Arnault introduced Moynat in whisper-quiet fashion — with no big launch party or p.r. push for its boutique that opened last December on the Rue Saint-Honoré — to reinforce an impression that the brand has long been implanted on the thoroughfare, once home to scores of specialists in travel goods.

A lawyer by training, de Lummen said that many companies and individuals buy rights to brands in various countries without doing anything with them.

Luvanis acquired the U.S. trademarks for Mainbocher in 2009 from the retailer Stein Mart Inc., which had certain rights for a label famously worn by the Duchess of Windsor. (It is currently, along with Charles Frederick Worth, the subject of an online exhibition mounted by the Museum of the City of New York.)

But de Lummen waited to traverse the global financial crisis, and fortify his properties with additional assets, before taking his brands to the market.

In the case of Moynat, for example, it is understood de Lummen hunted down and acquired more than 20 important antique trunks that were sold along with the trademarks, old advertising and other documentation. Many of the trunks are currently on display at the Moynat boutique.

De Lummen said he plans to circulate the Mainbocher memorandum “in the coming weeks,” whereas proposals for the Levine project are already in the hands of potential partners or buyers. He declined to name them.

In both cases, he’s convinced “there’s a creative element sufficiently strong in the DNA which can translate well today.”

Founded in 1948, the husband-and-wife footwear company Herbert Levine turned out influential designs by Beth Levine, who is credited with such innovations as clear plastic heels, stretch boots and stay-on mules. The couple closed up shop in 1975.

De Lummen related that assembling the Levine proposal was a breeze, as a book about the founding designer’s legacy came out six months after he acquired the rights. Still, he had to build an archive, and “I am one of the three or four biggest collectors of Herbert Levine shoes. We have about 200 pairs.”

The executive also discovered that the Costume Institute at the Metropolitan Museum of Art in New York boasts a cache of shoes by Levine that is outnumbered only by those by Roger Vivier.

“It’s always a good indicator,” he smiled, using the art world as an analogy. “If the painting is everywhere in museums, that’s a good sign.”

Pierre Mallevays, managing partner at London-based Savigny Partners LLP, which is advising Luvanis in its brand-revival model and was involved with both the Vionnet and Moynat deals, said dormant brands could be of interest to multiple players, except private equity.

“Sleeping beauties can be hugely attractive to groups with synergies, particularly on the distribution side. The right brand in their channel or platform can get to scale very fast and very successfully,” he said. “Brand revival strategies are also very interesting for entrepreneurs who want to play the luxury sector, as the initial investment can be relatively low and they can then drive growth in a controlled manner.”

The premise is that a brand with history gives more leverage and provides shortcuts in development.

In Mallevays’ estimation, luxury brands put the accent on two main attributes — heritage and creativity — with high product quality being a given.

“A brand revival strategy brings you half of the equation if you want to play in the luxury sector,” he explained.

De Lummen said his goal is to find the “perfect” investor to relaunch his brands “in the right way,” or form a partnership.

In the Belber deal, for example, his partner is Fabrice Figaret, son of the French shirt retailer Alain Figaret. Luvanis is taking care of trademarks, archives and artistic direction, while Figaret will handle prototypes, production and distribution. The new holding company, Belber 1891, is headquartered in Hong Kong.

Figaret, chairman of Fashionista Asia Pacific, told WWD he hopes to have a complete set of prototypes ready next year, and eventually open the first freestanding store in the U.S.

“We are looking to distribute through different channels: multibrand bags and luggage stores, duty free, online sales, department stores with shop-in-shop concepts. The distribution would be quite similar to Coach at an earlier stage,” he said.

Figaret plans to capitalize on Belber’s American roots and position its products “at more accessible prices compared to its European counterparts.”

And beyond price, “Its history should seduce immediately consumers who are looking for brands with a heritage and real legitimacy. There are things which you can’t buy: heritage, history and time,” said Figaret.

De Lummen noted that resuscitating dormant brands is a relatively recent concept. When his father, Guy, purchased Vionnet back in the Eighties, it was viewed as an “odd idea,” he related. His father initially developed the brand via licenses for such categories as fragrance and leather goods, and then the son layered on a fashion line, tapping designer Sophia Kokosalaki and forging an exclusive distribution agreement with Barneys New York before going on to sell the brand to Marzotto.

He said there remains a limited supply and scope of brands with resurrection potential. For example, he tried the timepiece sector. “It’s almost impossible to find a sleeping beauty in this category,” he said.

Sleeping beauties typically have a rich history and design legacy, along with a glorious business trajectory that was interrupted by the death of the founder, a history-changing event like the Second World War, or because of overly expensive production.

“It takes time to nurture a brand. I’m not trading domain names,” he stressed.

Also, not all names can translate for today. For example, de Lummen described a 19th-century trunk-maker that at its peak had stores in London, Paris and New York. Its unfortunate name: Invention. “Impossible to revive,” de Lummen declared.

Creatively speaking, dormant brands also offer a treasure trove of elements with which designers can play. De Lummen called Karl Lagerfeld a pioneer for taking on Chanel in the Eighties — when the brand was wilting — and transforming it into a global powerhouse.

“For designers, it’s easier to start from something than a blank page,” he said.

On the business side, too, reviving a dormant brand is almost like a startup and can be less onerous than taking over and revamping a going concern with large management and creative structures, existing supplier relations, and a risk of finding hidden debts and other nasty surprises, he argued.

According to Mallevays, some big luxury brands have become less exclusive because of their sheer size and visibility.

“There is great magic and attraction to a ‘rediscovered’ gem, which gives a sense of pride and connoisseurship for those who have it,” he said.