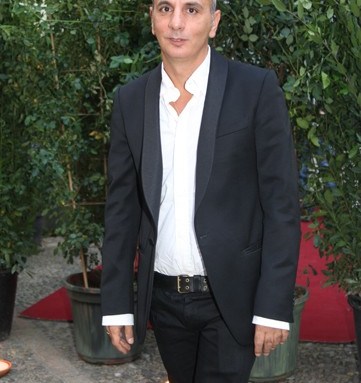 MILAN — Alessandro Dell’Acqua is departing as Malo’s creative director after just a year.

The line will be designed by the brand’s in-house design team starting with the spring-summer 2010 collection, a spokesman said.

After Dell’Acqua’s first season, “the situation grew more complicated and it was necessary to cut costs and focus on a smaller collection, going back to classic Malo,” he said. “They don’t need a marquee name or a creative director. It’s wise to go with a team.”

Malo is controlled by IT Holding SpA, which went into administration in February. The Gianfranco Ferré and Exté brands and production unit Ittierre SpAare also under the IT Holding umbrella.

Sources said Malo has attracted interest from more than a dozen potential buyers.

The designer conceded there were issues at times with Malo’s suppliers and “it was a difficult situation,” although Dell’Acqua said he remains on friendly terms with chief executive officer Vittorio Notarpietro.

But he did not place blame. IT Holding “is a company that has given a lot to Italian fashion, and has helped a lot of designers,” Dell’Acqua said. “There’s a group of great people working to help it get back on track.”

Italy’s minister of finance appointed Andrea Ciccoli, Stanislao Chimenti and Roberto Spada as administrators for IT Holding earlier this year.

Dell’Acqua said he is now focused on his own namesake collection, controlled by Luxembourg-based holding group Redlux. The designer said his latest project, Black Dress, a capsule of 20 sartorial, black dresses that was launched for fall will continue into spring.

“I’m not looking at consulting anymore, unless perhaps for a Paris-based collection. That would be my dream,” he said.

Dell’Acqua succeeded Tommaso Aquilano and Roberto Rimondi at Malo after Ferré tapped the duo last spring. Aquilano and Rimondi joined Malo in July 2006 to reposition the brand and expand its visibility around the world. The designers added a lifestyle appeal and a trendy edge to this historical brand, known for its fine Italian cashmere and also brought new woven pieces to the collection.

With Dell’Acqua, the strategy was to refocus on Malo’s heritage and its core knitwear business. The brand was founded as Malo Tricot in 1972 by the late Alfredo Canessa and his brother Giacomo, and was sold to IT Holding in 1999. The Naples-born Dell’Acqua started his career in 1995 with A A Milano, his first independent collection, with a strong focus on knitwear. Until the spring, he was also creative director at La Perla.

After showing in New York for a few seasons, Malo opted for a presentation by appointment in Milan in February.