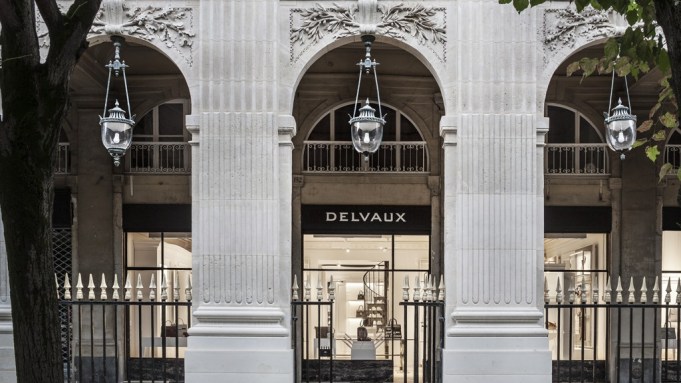 PARIS — Best known for their chocolates and waffles, the Belgians traditionally do not have a reputation for luxury leather goods. That is likely to change, though, once word has spread that Belgian firm Delvaux has set up its first Paris store.

The brand has embarked on a global expansion plan, including the opening of seven boutiques before the year is over in locations it deems strategic for future development — London, Tokyo, Hong Kong, Beijing and Shanghai — and with more to come in 2015, mostly in Asia.

“Luxury is a mature industry for which Asia has developed a particular taste. They do 70 percent of global shopping,” explained Jean-Marc Loubier, president and chief executive officer of First Heritage Brands, which snapped up the low-key label in 2011. The executive argued that while, in the Eighties, when luxury was still new, only big names attracted buyers, “today, people want something fresher. It’s the perfect timing for us.”

Created in 1829 — before Hermès, Moynat and Louis Vuitton entered the scene — Delvaux has been somewhat of a Sleeping Beauty, boasting compelling savoir faire but no money or interest for international marketing and retail expansion. Only 3 percent of the company’s turnover was achieved outside of Belgium before First Heritage Brands stepped in.

Following substantial investment in management, manufacturing and product development, that number has spiked to 45 percent in 2014.

The new flagship, opening Friday inside Paris’ Palais Royal, boasts the historic venue’s original architecture: The 19th-century winding staircase, which once graced the photo studio of the Lumière brothers, has been preserved, as were the unit’s mosaic floors. Delvaux even acquired parts of the archives of the previous owner, which manufactured heraldic wax seals for the aristocracy, with the original matrices cladding parts of the boutique’s walls. Artists Martine Feipel and Jean Bechameil provided the furniture, which riffs off their Biennale installation “Le Cercle Fermé.”

The 1,600-square-foot boutique will showcase Delvaux’s latest fall looks, including the brand’s bestsellers Le Brillant, Le Tempête and Le Madame, as well as the new With Me bag. With prices ranging between 1,000 euros to 50,000 euros, or $1,282 to $64,136, respectively, at current exchange, the house plans to add no more than two to three new styles a year.

Delvaux’s sales rose 45 percent in 2014 versus the previous year, according to First Heritage Brands, which also counts Sonia Rykiel and Robert Clergerie in its stable of brands.