Why Derek Lam Seized the Moment for a Major Change

How the designer is rethinking the one-size-fits-all big-box show approach. 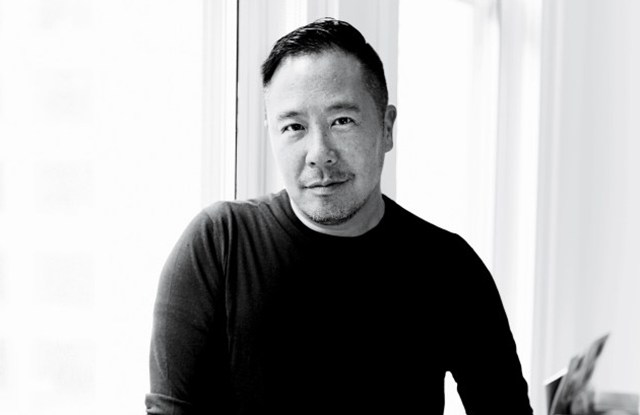 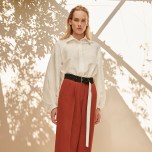 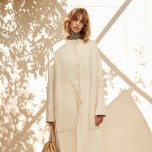 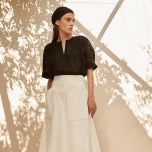 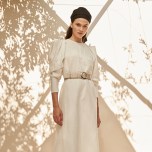 The spring season was the first in which a marked reaction to the industry’s deep discussion of how to deal with its own rarefied crisis — too many fashion shows; winter clothes on sale during summer — could be seen and felt. Remember, it was in March that the CFDA released the results of its study with Boston Consulting Group, concluding rather anticlimactically, that change was nigh but designers should do what’s right for them. In other words, take it or leave it. Derek Lam took it, embracing change quite vocally.

This story first appeared in the November 9, 2016 issue of WWD. Subscribe Today.

Beginning last pre-fall and continuing for resort, he quietly pulled back, answering the question of whether commercial pre-collections should be reviewed and published months in advance of shipping with a firm no. For New York Fashion Week, he downsized his typical full-fledged runway show to a series of three small appointments, hosting groups of 20 editors and retailers at a time at The Greenwich Hotel, where he personally talked through each of the 24 looks inspired by Georgia O’Keeffe and crisp Americana.

Lam has been rethinking the one-size-fits-all big-box show approach for a while, articulating the concerns that come up in internal conversations but aren’t necessarily publicized. “There have been moments when I think that people don’t think I should be doing it, that I’m not that kind of designer that needs to do a show,” said Lam, noting that there’s a comfort zone and reliable return on investment to a runway production with a set audience of 450 to 600 people who will see the collection and react to it. He reduced it to a 60-person audience of traditional press and retailers. Bucking that was a risk — that comes with a social media and news impression deficit — but he felt that now, when talk of change is at an all-time high, he would act against his hesitations.

Aside from the initial ego-wound backlash that comes from being slashed from a seating chart, Lam said the feedback on the presentation was resoundingly positive. “What I learned was that people really enjoyed that situation,” he said. “They especially ‘got it’ from me.” Meaning, his choices made sense. He plans to show in a similar format, maybe not the same venue, next season.

One imagines many luxury players identify with Lam. He’s an established designer with a 13-year-old business, a store on Madison Avenue, top-tier wholesale distribution and a burgeoning contemporary line Derek Lam 10 Crosby. In 2014 he sold a minority stake to Sandbridge Capital, the consumer and retail-focused firm formed in 2012 that counts Tommy Hilfiger and former Gucci Group chief executive officer Domenico De Sole as senior advisers. Lam’s recent collections have been consistently beautiful, full of gorgeous real clothes if not overt, risky directions. Lam is not a household name with a massive public company like Tommy Hilfiger, Ralph Lauren or Michael Kors. See-now-buy-now is less an issue and option for him than getting swallowed by the industry’s riptides of information and fickle tastes.

Asked what is the main purpose of quieting down during show season, Lam said, “Clarity. If I really believe in this way of presenting, then let’s make that the focus — twice a year.” In fleshing out the thought that major publicity pushes should be limited to the main seasons, Lam vocalized something that anyone who has done the endless pre-collections circuit more than once knows as a universal truth of the slog: “There were definitely times with the pre-collections, I wished I could be like, ‘There’s no theme. It was just an evolution of last season.’ But no one wants to hear that.”

In parsing the middle ground between big shows and small; big businesses and niche brands, Lam throws out the icon of do-it-your-way designers: Azzedine Alaïa. “Everybody gets crazy excited when he’s like, ‘OK, I’m ready to show. Come now,’” Lam said. “I’m not ready to go there. Azzedine can do what he [does] because he’s brilliant, but do we always need to be on the same timetable? There’s a whole question of production and buying. How long do you wait? Who’s going to hear you? Who’s going to see you? I think it’s cool to sometimes say, ‘I feel different.’”

If Lam took a proactive position on feeling different this season, he is also beholden to the demands of his business and investors. He can’t afford to go too quiet; 2016 has been a challenging year. Having his own e-commerce and collection store on Madison Avenue as well as a fruitful partnership with Farfetch have offset the year’s lag, but after a burst of momentum following the recession and sizable growth in 2014 and 2015, “to see 2016 be flat is really disappointing,” Lam said. “We also invested in relaunching shoes, relaunching handbags for 10 Crosby. I was working on this fragrance project. We had a lot of things going on, but in that moment, mid-summer 2016, we were just like, ‘When are we going to turn the corner?’”

That depends what corner one wants to turn. Chasing growth has imploded some businesses, the ever-rising goals inevitably exceeding their reach. How much is enough? “That’s a very good question,” Lam said. “Sometimes in the beginning, I would be thinking, ‘Well, if I’m getting a good salary, everybody in the company’s getting a good salary and everyone’s happy working here, isn’t that enough?’ In a way, that’s not the nature of our business.”

Designers create things that they want people to wear and buy and use. “When you look at creating brands, it’s a hard thing,” Lam said. “To get that feedback, and feedback is through growth and awareness, is probably the biggest thrill.” Where’s it going to come from? There’s more wealth than ever, there’s more information and access than ever. So why is luxury down? Lam’s thought is that the very rich don’t need anything. “They have everything they want. They moved on to multiple homes, incredible crazy experiences. They don’t need to be dressed and presented all the time because they’re in their own cocoon,” he said. “We actually do need a middle class, people who will extend themselves because they know that’s a way of getting seen in the workplace, or moving in their life. It’s really crazy to talk about. I don’t think people like to acknowledge that luxury is tapping into that. It’s what aspiration is about.”

Resetting his approach to showing his collection was one small step within the big picture for Lam, and it’s too early to tell how it will pan out. But so far, it’s doing him well — at least, mentally.

“Just as a recommendation to anybody who’s considering a shift, it opened up September, October and November in a way that I feel now so much less stressed,” said Lam, noting that overwhelming workload has been addressed the industry-over, for example, Raf Simons leaving Dior. “Even on a much smaller scale, I felt that. I’m thinking about what’s a healthy balance. Hopefully coming out of that is even greater creativity.”