He has launched a namesake brand to dress men that share his sartorial tastes for suits with classic quality, but not classic fits. 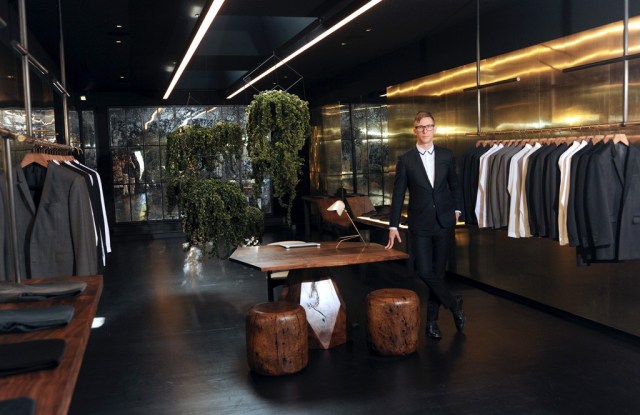 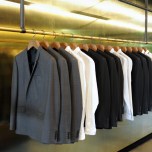 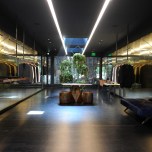 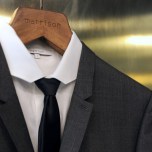 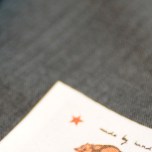 Los Angeles isn’t a city known as the birthplace of luxury men’s suit brands, but Derek Mattison believes that doesn’t mean it shouldn’t be. “There is this idea that everyone here wears flip-flops and boardshorts,” said Mattison, a Detroit native who moved to Los Angeles eight years ago. “That is not the L.A. I see.”

With the unabashed confidence of a tech entrepreneur — Mattison founded Internet marketing company ESN Interactive — he has launched a namesake brand to dress men that share his sartorial tastes for suits with classic quality, but not classic fits. To house that brand, Mattison has opened a 1,000-square-foot store on Melrose Place, the leafy thoroughfare where Marni, Oscar de la Renta, Monique Lhuillier and Temperley are among Mattison’s retail neighbors.

“I want to create a global lifestyle brand from scratch,” said Mattison. “I looked at other guys who are doing it, and I thought, ‘Why can’t I?’”

Although he has no formal design training, Mattison has a lot of experience buying and wearing suits. A self-professed clotheshorse, he tailored suits by Dior, Tom Ford and Jil Sander to his preferences by shortening jacket lengths, narrowing lapels and dropping the buttons so much that he figured he might as well make suits for himself. It turned out those suits appealed to his friends, too.

Signatures of Mattison’s suits are slim, one-and-five-eighths-inch lapels — even slimmer than Thom Browne’s two-inch lapels — and one-and-a-quarter-inch collar rolls. The suits also feature low buttons, hidden front plackets, small cuffs and front pockets, and numbered labels in the interior pockets that read “Made by hand in the California Republic.” Mattison uses Donegal tweed, Italian superwools, cashmere and corduroy. Suits come in black, gray and navy, and they are priced on average at $3,200.

Mattison believes the slim lapels make them appropriate for formal or casual occasions. He often pairs his jackets, which each take two days for a master tailor to make, with jeans and T-shirts. The brand has its own denim for $300 that Mattison said has “no contrast or colored stitching. It is simple, but has elements that look like tailored pants.” Mattison sells ties and footwear as well and Ts are in the works.

In partnership with Commune, the Los Angeles design firm that Mattison also hired to work on his Sixties-era Buff & Hensman home in the Hollywood Hills, he created a Melrose Place boutique that is the opposite of a surf shop. “We wanted to tap into a darker, David Lynch kind of thing. It is not beachy L.A.,” said Pamela Shamshiri, a principal at Commune.

The store’s surfaces are mostly dark or reflective. There is black ceilings and flooring, and mirrors and brass panels cover the walls. Clothes are on tubular metal rods that descend from the ceiling. A vine that ran the length of the ceiling was severed during construction, but hanging plants bring touches of green to the store in its place. Light filters into the space through two skylights.

Mattison chose the Melrose Place location because he feels it’s a good launching pad for an upscale brand. “When you are selling $3,200 suits in L.A., where do you go? It’s not a Venice brand. It’s not quite a Beverly Hills brand,” he said. Discussing Melrose Place specifically, he continued, “This is definitely a destination street. You are not going to have a whole lot of foot traffic, but the foot traffic you do have [is from serious shoppers.]”

Mattison, who plans to enter wholesale in fall 2013, doesn’t seem overly concerned with the financial aspect of operating a store. He said he’d ordered 90 suits and a “couple hundred pairs” of jeans — an amount that would equal at least $348,000 in revenues if it were sold — to fill it, although he isn’t pushing to reach a certain sales goal. “I am thinking of it as a place to start a brand. I care about sales, but that’s not the idea behind the store,” he said.