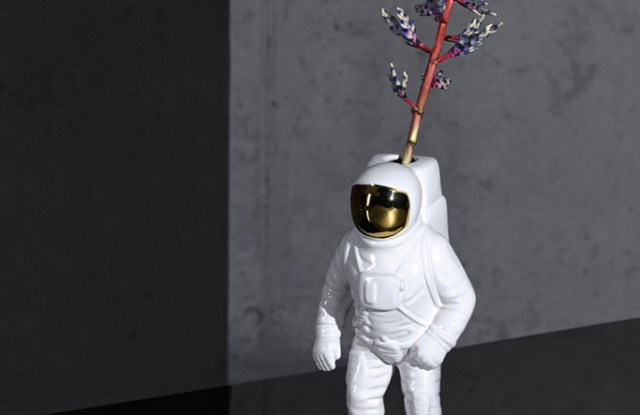 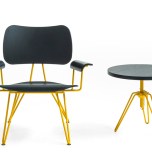 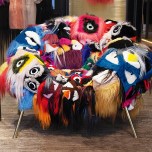 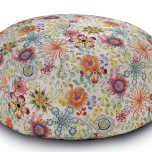 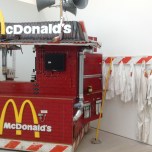 Never mind that the Expo fairgrounds outside Milan still resemble a building site with clusters of portable toilets, cranes, chain link fences and still-drying paint. Expectations remain high that the long-awaited Expo will boost food, farming, agriculture and nutrition-related businesses — not to mention the Italian creative industries — for years to come.

“The international business world will be in one place this summer — Milan,” declared Christopher Prentice, the British ambassador to Italy, during a preview of the U.K. pavilion, which features a giant metal beehive designed by the architect Wolfgang Buttress. Prentice pointed to the 14 billion pounds, or $21 billion, benefit to the U.K. economy following the 2012 London Olympics, and said Britain has big plans to help Milan “take Expo to a global business audience” even after the event wraps up later this year.

As for the glaringly unfinished state of the fairgrounds — Expo is set to open on May 1 — Prentice said he was confident that “Italy will deliver,” adding that the Salone, the world’s largest design event of its kind, was proof the country remains a creative leader.

All around town, talk was of food as well as design. Fashion brands were out in force, using the Salone to show off their design credentials. Not far from the Triennale, the New York-based firm Snarkitecture created a fabric-based installation for the Swedish brand Cos, owned by H&M, using 30,000 strips of light fabric meant to reflect the “shifting translucencies” of the brand’s spring collection. “The concept was one of a solid fabric infill,” which was then cut and sculpted with scissors, said Alex Mustonen, who cofounded Snarkitecture. “It came from a primal idea about digging, excavating and cutting away space.”

Next month, Mustonen will be working with the brand Print All Over Me on a collaboration at the ICFF design fair in New York. The collaboration will feature clothing that blends into common building materials, such as marble, “to create a moment of architectural confusion,” he said.

David Chu, chief executive officer and creative director of Georg Jensen, hosted a dinner to mark the brand’s collaboration with Francesca Molteni and Davide Pizzigoni on a raw, nature-inspired sculpture that went on display at Spazio Rossana Orlandi. Chu referred to Jensen as “a modern, design-driven brand,” and said the plan is to appeal to a younger, creative-minded consumer.

The Milan-based architect Patricia Urquiola showcased her talents around town, displaying one-off furniture and tabletop creations in the windows of Louis Vuitton, upstairs at Ermenegildo Zegna, and at the soon-to-be revamped Teatro Manzoni.

Perhaps her most whimsical designs, however, were the ones she was wearing on her fingers. “I call them my little cities,” said Urquiola of the chunky green, 3-D printed rings that covered three of her fingers. “They’re actually the models of the circuit boards of my lamps for Flos,” the Italian lighting company.

London designer Richard Nicoll worked with the Czech company Moser on a double crystal decanter, while the jewelry designer Cora Sheibani created a silver table centerpiece with Hamilton & Inches. “Because I’m used to working with jewelry, this seemed so big when I was making it, but now it looks so small compared to everything else here,” she said.

At the sprawling Salone fairgrounds outside town, brands including Versace, Roberto Cavalli, Fendi, Frette, Diesel and Missoni showed off stacks of designs — quirky, elegant and at times extreme. Frette’s collection of home ware was as whimsical as it was polished and was inspired by the patterns and textures of Milanese architecture. The Gothic curves of the Duomo’s rose window, the geometric lines of tram tracks across the city and the roof patterns of the city’s central station popped on bed linens and towels.

Cavalli put a focus on function, showing off tall closets with clothing rails that moved up and down by remote control. A big, portable vanity trunk was covered in quilted white leather and filled with a table, mirrors, and drawers for makeup and jewelry. The Cavalli collection was also filled with predictably lavish concoctions such as candleholders resembling snakes; pleated and studded suede sofas; hair calf patchwork rugs, and gold-fringed handles on night tables.

Fabrics are the drivers behind the Missoni collection, and the brand offered up a variety of fresh prints, including one that featured pale, naïf flowers and sparkles and another with pastel zigzags. Sofas came covered in a 3-D houndstooth pattern while chunky, poolside chairs were covered in jazzy, dark stripes with a Seventies feel.

Diesel took outer space as one of its inspirations, with a tableware collection featuring astronaut-shaped vases with plants sprouting out of their helmets and giant salt shakers and pepper mills shaped like rocket ships. The brand also introduced wooden flooring and outdoor furniture this year along with tie-dyed fabrics and wood with a subtle camouflage pattern.

At Fendi Casa, the brand made a nod to one of its most important markets, China, by creating a red lacquered “Zen table,” Murano glasses with dragon designs and patterned “pixel effect” cushions that also recall the shapes of Chinese calligraphy. A Fendi spokesman said that while the U.S. has traditionally been the brand’s biggest market, China has been rapidly growing quickly and becoming one of the brand’s most important markets. Fendi Casa is also opening a “hub” in Beijing to oversee collaborations and furniture projects.

Most recently, Fendi Casa furnished the new Yacht Club de Monaco designed by Jacques Grange. The new club is now home to Fendi’s long and lush Hampton sofa, and is the backdrop of its latest ad campaign.