One of the designer's daughters is joining the company to work on its b. Délices chocolates business and to give its coffee shops in Ginza and other parts of Asia more of a French flair. 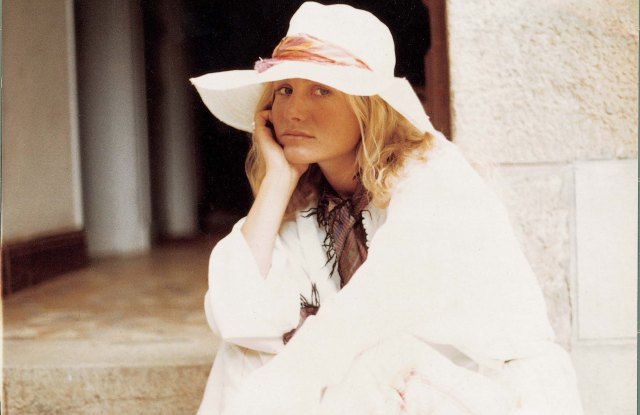 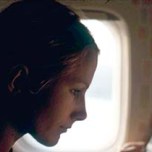 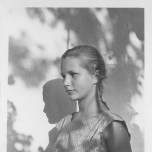 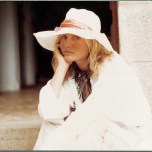 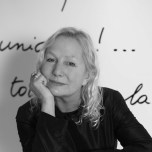 Nearing the close of an action-packed week in New York, Agnès b took a breather Wednesday afternoon to reflect on her 40-year career and anticipate what’s next.

Seated by a fire in the Mercer Hotel, the designer paged through her new book “Agnès b Styliste,” a 290-page art-heavy scrapbook of her life. Artists and friends planned to celebrate the Abrams-published tome Wednesday night at her Howard Street store. “It’s so big and it’s a long life. There are so many things I do. But I know I’m greedy. I’m greedy for life,” she said.

Elle and Cacharel were two of her employers early on before she started her signature label. She also designed the clothes for the William Klein-directed 1966 film “Who Are You, Polly Maggoo?” — another footnote in her book. Now with 200 stores around the globe including 52 in Japan as well as ones in Hong Kong, Singapore, Taiwan, Amsterdam and New York, she aims to open a women’s and men’s shop in Los Angeles before the end of the year, due partially to her interest in film. In the meantime, the designer’s two pop-up shops in Los Angeles at Wittmore will be open until June.

Her friend Harvey Keitel still wears the bullet hole-ridden jacket he wore for a film that she designed. The actor will be her lunch date Thursday. “I love Harvey. He is great.” Another age-old friend David Lynch wears her designs in the new documentary “The Art Life,” but she is hard pressed to say when they met. “I think he met my shirts before he met me. But I’ve known him for quite some time,” the designer said.

The designer Agnès b in the early days.

Her second feature film is a project she hoped to get started on soon. “I’m very personal. I like to do things. When I start to do things, I like to do them myself,” she said. “Harvey gave me a new book to write the new script. The last movie ‘My Name is Hmmm…’ took me six weeks, and after I edited it for eight months in the evening. Editing is so important. It is 50 percent of constructing a thing.”

Eager to see the Francis Picabia exhibition at the MoMA, the designer, who will also attend Philip Glass’ 80th birthday tonight at Carnegie Hall, said, “I like people who are brave, who are themselves, who open doors.”

Supporting artists is a given for the designer who has spotlighted their work in her Paris gallery since 1986 as well as in her stores. Bosnian artist Selma Selman’s “You Have No Idea” is on view in her SoHo store. José Parlá, Ryan McGinley, Dash Snow, Dan Colen, Rostarr, Brian DeGraw, Bast, Ryan McGinness and Pia Dehne also received a helping hand. The musician Jeanne Added performed during her February show in Paris. The designer’s decades of taking photos of graffiti and showing the work of Futura in her gallery for more than 30 years were reasons she was named president of the hip-hop cultural center. Jean-Michel Basquiat was another artist she became fast friends with.

Her cleanly designed staples are meant to last, as the designer readily admits that “clothes that look dated are not her thing.” At 75, the designer has created an intergenerational following including some who have a sentimental attachment to her understatedly chic clothing. “They like what I’m selling, what I’m saying in interviews, [my] supporting artists — it’s my life. It’s what I am. It’s not fake. I’ve been like that always,” she explained simply.

One of her own daughters will soon join the company to have a hand in b. Délices chocolates and to give its coffee shops in Ginza and other parts of Asia more of a French flair. Also in Japan, is Agnès b’s Tara schooner, which is in the midst of an expedition studying the coral reef and will stop in nine cities to raise awareness about protecting the ocean.

“This is my personal contribution to ecology, which is so important,” she said. “People have to know that and I hope that America will keep going to solve its ecology problems. More and more people are aware, Trump, I don’t know. But the younger generation is concerned and I think that’s great.”

Next month, 120 pieces from her photography collection will be shown at a photography show in Kyoto, Japan, which will be all about love. Next up she hopes to complete the second volume, which will be a collection of about 3,000 piece of art. Years ago a night at a David Bowie concert in Berlin prompted Agnès b to send him a pair of leather jeans with a note in a pocket that read, “You should stick to rock ‘n’ roll style.” “Then he bought four more pairs of jeans and asked me to dress him for his 50th birthday and his 60th birthday too at Madison Square Garden. So it’s always very discreet the way it happens.”

Smiling at photos in her book of other pals such as Jonas Mekas and Harmony Korine, she said of Korine, “We met in a corridor in a hotel during the Venice Biennial, talked for 20 minutes and became friends. Harmony has been in Paris for two years, hiding himself, drawing, he wanted to be away from New York. It was too much for him. He wanted to be quiet so he came to Paris — to be better in fact. He is working on his new film [“The Beach Bum”], painting for Gagosian and he will have a show in Paris in the fall.” The designer will feature his work in her Paris gallery simultaneously.

“I don’t like advertising. I think it’s manipulation. In 1968, they said advertising makes you silly. I have never advertised,” she said. Something that has changed is how fashion magazines are more inclined “to talk a lot” about their advertisers in editorial pages, she said. “Before journalists were more free. It’s real. They have to talk about their advertisers. It’s information, but it’s misinformation. I’m afraid for young designers because magazines have to talk about people who pay for advertising.”

When Agnès b can get off-the-clock, she likes to be in her mind “to daydream and ideas come from that. I like to be with my friends, listening to music, making food for them and my children. I have all these grandchildren and I take care of some of them including the youngest who is three years old. I am never bored. Never.”