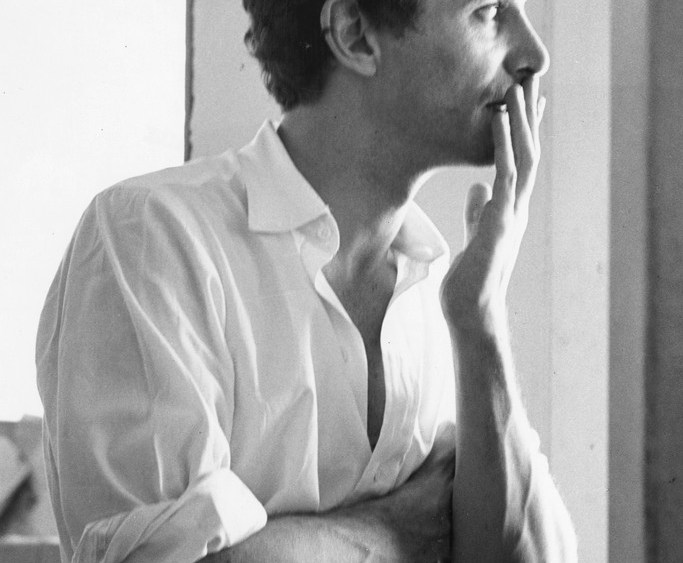 Gustave Tassell, the Coty Award-winning designer who created clothes for Jacqueline Kennedy Onassis and Princess Grace of Monaco, died in Los Angeles on June 9 of complications from Alzheimer’s disease. He was 88.

Among Tassell’s most famous looks were the streamlined dresses he designed for Kennedy Onassis’ goodwill tour of India in 1962.

Tassell, who was born in Philadelphia and studied painting at the Pennsylvania Academy of Fine Arts, got his entrée into fashion when he began working in the advertising and display department for Hattie Carnegie in the Forties. In 1952, he moved to Paris, where he made sketches for couturiers such as Geneviève Fath. At the suggestion of his contemporary, James Galanos, Tassell moved to Los Angeles in 1956 to start his own label.

“He was part of that clique of Los Angeles designers that included Richard Blackwell, James Galanos, Charles Cooper and Nolan Miller,” said California Fashion Association president Ilse Metchek, who met Tassell and his cohorts when they all worked in the same showroom building in Los Angeles’ garment district. “They really drove the market at what is now called the red-carpet level. It was demi-couture driven by Hollywood, and Gus was more the daytime side of the glitz and glam. He was also very charming and soft-spoken, and one of the best-looking ones.” (His looks also won him a cameo in Woody Allen’s 1980 film “Stardust Memories.”)

Norman Norell had been one of Tassell’s earliest influences, and when Norell died in 1972, Tassell moved to New York to run Norell’s fashion house until 1976.

Tassell’s design aesthetic was what he called “a subtle form of chic,” timeless and streamlined pieces that never looked dated.

In a 1969 New York Times interview, Betsy Bloomingdale famously recalled a white cotton dress by Tassell she had owned for 12 years. “I still wheel it out every summer and get compliments on it every time,” she said.

On Monday, Bloomingdale said, “Darling, I don’t remember how many dresses [by Tassell] I owned.…Most of the good ones I had I gave away when I cleaned out my closet, but there were many.”

Tassell’s designs have been included in exhibitions at the Metropolitan Museum of Art, the Philadelphia Museum of Art as well as The Fashion Institute of Design and Merchandising. In 2003, Woodbury University’s fashion school honored him with an award for his body of work.

Tassell is survived by his sister, the actress Rebecca Welles.

Adolfo described Tassell as “a very pleasant and jovial person” whom he became friendly with through Norell. In the Sixties and Seventies, the three men, along with John Moore, would occasionally have dinner together at Norell’s Midtown apartment where fashion was the main course of conversation.

Ralph Rucci met Tassell when he arrived in New York and was looking for a job in 1977. After paying Tassell a visit in the very chic room in the Fifth Avenue hotel he was showing in, Tassell picked up the phone and called Geoffrey Beene directly to make an appointment for Rucci. “It was such a kind thing to do,” said Rucci, who reconnected with Tassell years later through their mutual friend Galanos.

In October of 1962, Sen. Claiborne Pell (D., R.I.), chairman of a special subcommittee on the arts of the Committee on Public Welfare, and Sen. Jacob Javits (R., N.Y.) had invited fashion’s leading publicist of that time, Eleanor Lambert, to appear at an open hearing on the establishment of an arts council, which eventually became the National Endowment for the Arts in 1965. At the senators’ urging, Lambert rallied a group of designers behind her to establish the Council of Fashion Designers of America in order to “further the position of fashion design as a recognized branch of American art and culture” and “to advance its artistic and professional standards.” When its charter was filed on Dec. 6, 1962, Tassell, along with Bill Blass, Donald Brooks, Betty Carol, Jane Derby, Luis Estevez and Rudi Gernreich, was among the 20 founding designers.

Former CFDA president Stan Herman said Monday, “He was one of the most respected designers of my era. People loved his clothes, but he was such a low-key guy. I think he spent a lot of time in Philadelphia [his hometown]. He didn’t play the game the way a lot of other people do.”

Bob Mackie still has the sketch he displayed at a 1961 Chouinard Art Institute exhibition and fashion show that Tussell signed — as proven designers did at that time to give students a sign of their approval.”He did the most simple, the most beautiful clothes with almost no color — all neutrals,” Mackie said Monday.

The Los Angeles-based designer said he often saw Tussell with his friend Galanos out having dinner in various restaurants including Patrone’s where Fred Astaire, designers and film directors frequently broke bread. “They were both always dressed impeccably. They looked like nobody else in the room,” Mackie said. “I wasn’t really part of their world. They were just couture up to their armpits. And I was doing Vegas, TV and all that razzamatazz stuff.”