Designer High-Low Marriages on the Rise

Fashion still believes strongly in the power of two, with more collaborations than ever in the works.

By Katya Foreman and Ellen Groves on March 23, 2009
View Slideshow 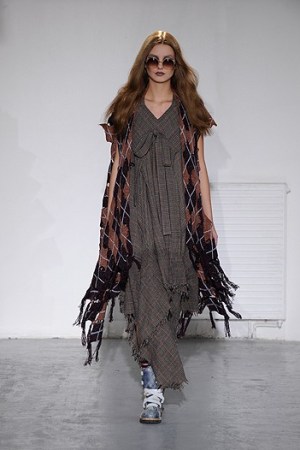 PARIS — Fashion still believes strongly in the power of two, with more collaborations than ever in the works.

Next season alone includes everything from the launch of Yohji Yamamoto shoes by Salvatore Ferragamo to Ruby helmets by Karl Lagerfeld to J Brand jeans by Hussein Chalayan. Then there’s the most surprising collaboration of them all: Jil Sander joining Uniqlo as design consultant for all the fast-fashion retailer’s women’s and men’s apparel collections, launching for fall.

In fact, industry observers expect the economic downturn to spur even more pairings — to the advantage of both brands and consumers.

While collaborations require investment, the news value delivers a return above and beyond, said Graham Hales, executive director at London-based brand consultancy Interbrand. “It’s cheaper than many other things you have to do to draw people into your store,” he said.

“We’re definitely going to see a lot more of these high-low marriages,” said Valerie Steele, director and chief curator of the Museum at the Fashion Institute of Technology in New York. “People are going to want to a lot of fashion for their buck.”

New collaborations for fall include Comme des Garçons with the shoe brands Tretorn and Converse, a bag line by Rick Owens for Eastpak, a sunglass line for Mykita by Bernhard Willhelm; a Y’s women’s collaboration with Dr. Martens, as well as a limited edition makeup and cosmetics accessories line for Shu Uemura by Tsumori Chisato.

Also, Baccarat has produced a limited edition line of couture bottles for Evian, designed by Jean Paul Gaultier, to be presented later this month at Colette and then Baccarat before being auctioned April 7 for charity. Zara recently teamed with MTV for a new range of urban-inspired men’s T-shirts and hoodies for spring, labeled Streetmuse by MTV. Sources said MTV could be eyeing other collaborations with fashion brands.

And Jade Jagger, who presented her new diffusion range of clothing and jewelry, dubbed Queen of Teens, here earlier this month, said her next collection will be “all about collaborations….You can expect some from the likes of Estelle and Mark Ronson.”

While many cite buzz over bucks as the driving factor behind most dual endeavors, motivations vary.

“What has always interested us about collaborations is the synergy and accidents that arise when two different creative forces clash together,” said Adrian Joffe, managing director of Comme des Garçons, which started the ball rolling with Fred Perry for Comme des Garçons Shirt around 12 years ago. The concept has gained momentum over the past decade, culminating in Comme des Garçons co-brandings with Louis Vuitton and H&M just months apart last fall.

“It shows that everything is possible,” observed Sarah Lerfel, buyer for Paris boutique Colette, which unveils up to eight collaborations a month.

“When Viktor and Rolf did H&M, it was a very good way to become more famous for their own line. When it was Karl Lagerfeld, it wasn’t to be more famous but to touch a new clientele. Target with McQ, [Alexander McQueen’s second line], which has been a little forgotten, was a good way of reminding people that McQ exists,” said Lerfel who also noted magazines are branching into co-branding, such as Monocle, which opened a London shop for its products created with Comme des Garçons, Porter, Valextra, Artek and Drakes London. “This is a new direction in co-branding,” Lerfel noted.

The designer, who has been out of the fashion world since 2004, added, “The dream is to make a line everybody can buy. We make no exceptions and I’m sure there’s room in the world for a certain aesthetic and a quality product at a reasonable price.”

But while tie-ins may prove sound business models, most of them don’t generate huge sales volume, said Ben Pruess, vice president of Adidas Originals, referring to the brand’s collaborations with Jeremy Scott and Japanese streetwear designer Kazuki. Adidas Originals has also tapped David Beckham and James Bond, designer of Undefeated, who together created classic streetwear items, including a leather puffer jacket plus basics such as a long sleeve thermal shirt.

“They all make sense. All you have to do is look at the media generated and the new channels of distribution,” continued Pruess, noting that Adidas is now sold in some of Jeremy Scott’s accounts and in high-end boutiques in Tokyo thanks to the Kazuki tie-in.

“Consumers are getting smarter. They can see companies are jumping onto it,” he said. “As one of the first [to do collaborations] we want to stay ahead.”

“The opportunity to work with Hussein brings both brands to another level,” said Suzy Crippen, co-founder of J Brand, which has also collaborated with L.A. retailer Ron Herman for fall on a sportswear-inspired line called L’Agence. “It is all about business,” Crippen continued, “the business of making something beautiful, a collector’s item you can afford, like a cheap Picasso.”

Loewe’s Stuart Vevers said he sees collaborations as necessary for designers spinning several plates. “Now product categories are so vast you have to work with experts,” he explained.

Collaborations are also characterized as an effective way of reviving flagging brands.

“It immediately changes people’s perceptions of what you’re about. It shows you’re modern,” said Vevers, who in 2002 masterminded the blockbuster co-branding between Mulberry and Luella Bartley, which was followed by a hook-up with Giles Deacon that landed the brand’s leather goods on the respective designers’ runways.

“With Luella for Mulberry, it was about two brands that had a synergy, but that were completely different worlds. It gave Luella an accessories business and it gave Mulberry credibility and a waiting list they’d never had,” he said.

“The necessity to produce so many different prints led us to use ink-jet prints — then typically used for small runs and prototypes — on a mass scale,” explained Cassegrain. “Sometimes we can be a bit limited in terms of creativity. These designers come in thinking anything is possible and it forces us to find technical solutions; it’s enriching.”

Adidas Originals’ Pruess agreed. “We have…designers creating 12,000 articles every six months. You take a few people who are not in that daily routine and they approach it with a fresh set of eyes,” he said. “It pulls designers out of the day-to-day.”

Indeed, co-brandings have become such an industry standard that a number of matchmaking companies have surfaced over the past few years.

“I try to avoid accidents; I like to consider we’re the FBI of the false good idea — to choose the designer of the moment,” said Agent de Luxe founder Donald Potard, who is now angling fashion partnerships with the hotel trade.

He contends one brand should not overshadow the other in collaborations. “It’s tiring if it’s just two names shoved together with no story. It adds something new if there’s intrigue,” said Potard who credits Pierre Cardin as the phenomenon’s pioneer.

While it’s a tried-and-tested formula, observers say the long-lasting allure of collaborations will be tested at a time when people are shopping less.

“We’re in one of those interesting cycles where consumer mood has changed very, very quickly,” noted Interbrand’s Hales. “At the moment collaborations work, but we know the consumer has a new mood, a new attitude. They want emotion from fashion but actually their world has turned upside down. Thrift is now a major trend. There’s an opportunity to be more innovative, create some more depth to it, rather than just making noise.”