A ready-to-wear collection for Lane Crawford marks his first proper foray in East Asia, and he is eyeing other markets. 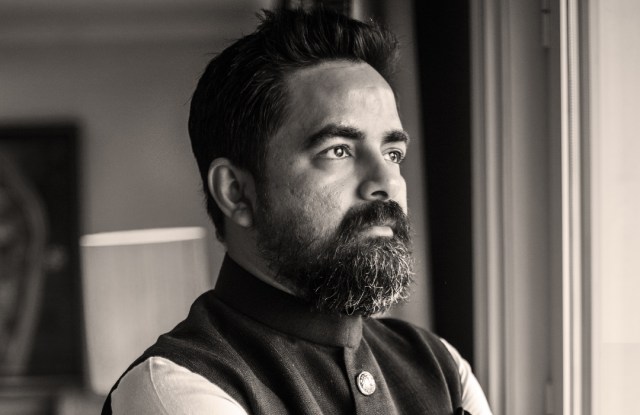 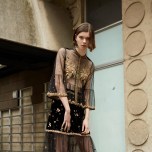 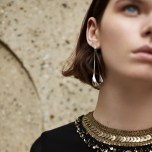 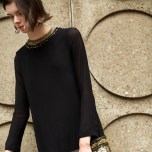 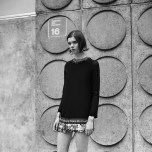 HONG KONG — Much like the Indian weddings he often designs for, an outfit by Sabyasachi Mukherjee is a mélange of colors, intricate patterns and delight. Over the course of 16 years since he started his namesake couture label, the Kolkata native has become feted not just for his design sensibilities, but also for utilizing near forgotten arts-and-crafts traditions from around India.

On Nov. 2, Lane Crawford department store launched an exclusive collection of 29 ready-to-wear pieces from Mukherjee, a chance to get his aesthetic but in a more pared-down silhouette, accompanied by a display of 39 of his couture pieces. It is the first proper foray into East Asia for the designer, who is starting to make more noise globally.

Last month, he debuted a spikes-meets-sari collaboration of men’s and women’s shoes designed together with his friend Christian Louboutin. This most recent collaboration with Lane Crawford, however, was inspired by a visit to China Club, the members-only social establishment set up by the late David Tang.

“This is ready-to-wear with a sense of couture, all the finishings and labor-intensive [work] that couture requires, but in much simpler silhouettes,” Mukherjee told WWD, while visiting Hong Kong.

“What I like about here is that it has a certain sense of sophistication, which is very charming,” he mused. “Hong Kong really likes glamor — a bit of old-world glamour with a bit of modern edge.”

More ready-to-wear will soon be coming from the designer.  The business he’s built now generates $45 million a year from its five stores across India and a small wholesale network, but Mukherjee, feeling that further door expansion in India would detract from the brand, is looking overseas. He is eyeing opening a store in the Middle East, London and New York City by the third quarter of 2019.

To cater to a global customer, Mukherjee plans to create separate lines: one for his home market and one for overseas customers, which would feature simpler lines and overall design. “In India, for the Indian customer, we will stick to bridal wear,” he said. “We are going to grow our western line to the point that Indians will have to step outside the country to buy the western line, if they want to get it.”

A shoe from the Louboutin x Sabyasachi collaboration.  Courtesy

An economics graduate whose parents originally hoped he would go into medicine, Mukherjee described his younger self as a “hell raiser,” who shirked the idea of a 9-to-5 job. After working some time in Indian cinema, he enrolled in a fashion-design course, interning with Jean Paul Gaultier and Azzedine Alaïa before starting his own label in 2001 out of his parent’s house.

“Very honestly, if you had asked me five years ago, I would have liked to be known as a ‘designer’ rather than an ‘Indian designer,'” Mukherjee said.

Now, it’s his belief that regionalization is the new buzzword. “Valentino [promotes itself as a brand from] Roma. They don’t say Italy anymore. I come from Kolkata, which used to be the British capital of India. It is the hot seat of culture and education and literature, so for me, being a Kolkatan is important.”

Around 85 percent of the business comes from bridal wear, but that’s not unusual for an Indian company, he said.

“If you look at an Indian wedding, it can host up to 5,000 to 6,000 people over five separate functions, so that’s 25,000 people in one wedding,” he said. “It’s a great margin. It’s quite neat and profitable, as everybody wants specialized clothing.”

Aside from weddings, Bollywood is the other domain in India that wields incredible sway over fashion. Mukherjee explained that still, the “cheapest and smartest way [to market a product] is to base a little bit on the back of films.”

“If you travel to India, every state is a different country altogether,” he said. “Every state has its own regional newspaper. There’s only one newspaper in India that’s pan-India — the Times of India — so advertising costs become very expensive…. Cricket, politics, religion, films — these are the few things that really bind the country.”

Mukherjee added: “It’s been a great year for us. There’s lot of special projects all over the world. I’m getting a sense of globally how the fashion business works.”