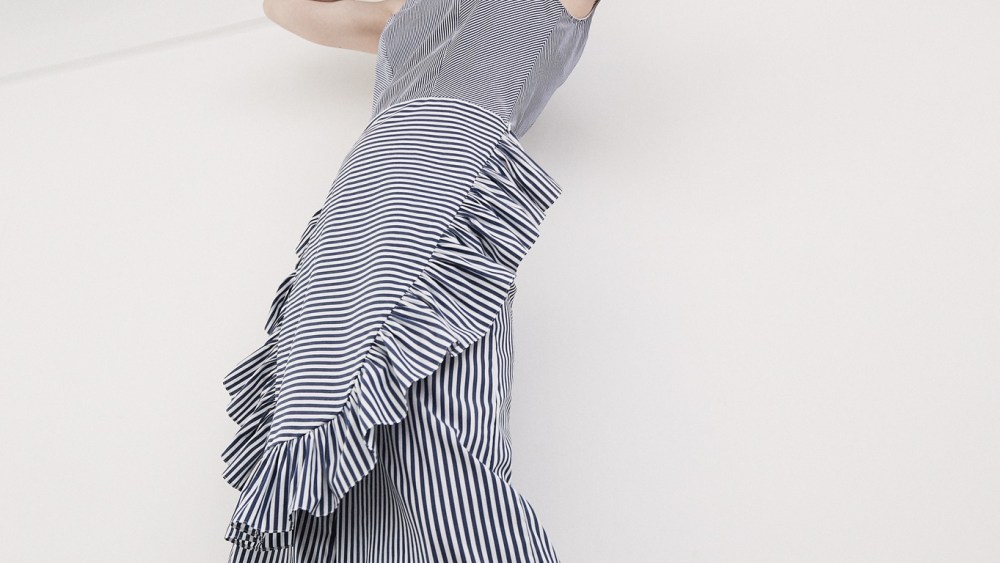 YOUNG BLOOD: On the ground floor of the Palais de Tokyo, this season’s Designers Apartment showroom gets the added advantage of passing traffic from the several runway shows held at the venue each day, making it easier for buyers to pop in and view the collections of the 13 young labels.

La Cambre graduate Maitrepierre, who cut his teeth at Jean Paul Gaultier and Acne, was presenting his Fifties couture-influenced debut commercial collection, which had a modern feel because of innovative digitally printed sequin fabrics and creative boudoir-inspired bias-cut silk designs. Prices for the collection, which he showed on the runway but off the official calendar on Sept. 23, range from around 700 to 2,200 euros for an outfit at retail.

Mossi Traoré, the founder of Mossi, spent his youth in the Paris suburbs and took a more unusual route into fashion. He discovered his love of design when he was young, shoplifting from the city’s department stores, and subsequently created his own couture school in his hometown, where his designs are made, teaching underprivileged people the trade. Inspired by Madame Grès, the minimalist lineup of mainly black and white includes tailoring and innovative pleated pieces like a white organza bomber jacket, with prices ranging from 450 to 1,000 euros at retail.

Egon Lab offered up a punk-infused unisex line with military references, with lots of tartan, exclusive graffiti prints and average price points of around 250 euros. Highlights included a tartan suit that is dip-dyed by hand after being sewn and toile de Jouy pieces symbolic of resistance.

The Gamut Collective groups together six young designers and a photographer, all graduates of La Cambre Mode in Brussels, who presented their second collection, based on deconstructed tailoring with a streetwise feel, with prices ranging from around 300 up to 1,780 euros.

Ester Manas, for her part, was presenting at the showcase for the second time with her one-size-fits-all collection, which has proved popular with buyers. The inclusive label, which created a lower-priced capsule line for Galeries Lafayette after winning the department store’s prize at the International Festival of Fashion and Photography in Hyères, France, last year, will enter Printemps next month, and has created an exclusive piece for the retailer’s e-shop.

Also presenting were Dawei, one of the more mature designers at Designers Apartment who now shows on the runway; Savoar Fer, which hosted a presentation on the official calendar for the second time; as well as Arthur Avellano; Boyarovskaya; GNDR; Kenta Matsushige; Marianna Ladreyt, and Sadaels.