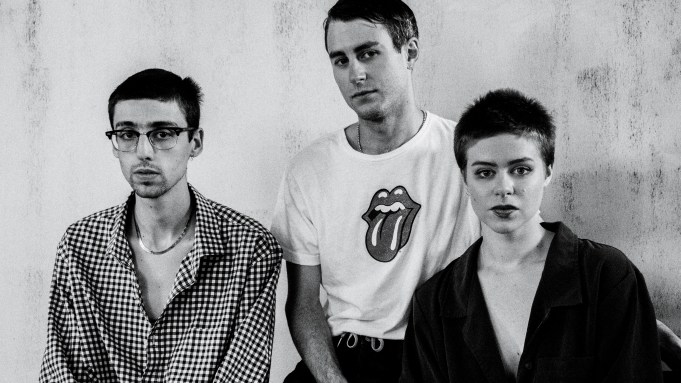 In the multiverse of fashion, these young designers have created a parallel reality, where creativity and independence are the main forces — in some cases, willfully ignoring the industry’s traditional business schemes and models. To them, doing what they are doing is second nature. To outside observers, they might be onto something new. — Mayte Allende­

Growing up in Los Angeles, fashion was all around Raul Solis — most of his family worked in the production and manufacturing parts of the business. The 31-year-old designer, who at age two migrated to the City of Angels from Mexico, studied fashion design and landed a job at Seven For All Mankind in the early Aughts, just as L.A.’s denim business boomed.

“The company was so small when I started with them” he says. “I did anything from production to men’s and women’s design.”

Solis stayed at the company for five years and left soon after it sold to VF Corp. “It was time for me to figure out what I really wanted to do,” he recalls, so he picked up and moved to New York, where he met with Jack McCollough and Lazaro Hernandez of Proenza Schouler and joined their team to help launch the brand’s denim business in 2011.

“It was exactly what I needed,” Solis says. “And exactly the kind of environment I wanted to be in.”

After four years at Proenza Schouler, Solis got the itch to shake things up again: “In the denim business, you can only grow so much as a designer.” He took a year off and got to work on a small collection of his own, which his stylist friends would frequently pull for photo shoots. “I made a second collection to see if I got the same response, and now here I am on my fifth one, doing the same thing,” he says.

Solis designs LRS — an acronym for his full name, Luis Raul Solis — out of his Bed-Stuy studio in Brooklyn, and has a knack for manipulating and elevating everyday fabrics like vinyl or upholstery into cool, wearable fashion. Prices start at $150 and run up to $8,000 for special outerwear pieces. The collection skews feminine and rebellious; Solis describes his dream girl as “unconventional, unafraid of confrontation and a little bit daring.”

Though his past collections were more concept-driven, he says he’s more focused on sales and customers now: “Maybe because I need to be,” he chuckles. “But really, it’s become so interesting. Instagram is an amazing tool to see my customers, who tag me in pictures of themselves wearing my clothes. I’m getting such a kick out of that. Before, I wouldn’t have been able to see my customers unless I spotted them on the street.”

LRS sells at Opening Ceremony, Assembly and Shop Super Street and will hold its first runway show during New York Fashion Week on Sept. 13 at Rumpus Room, a dance club on the Lower East Side. For now, Solis has his eye on a singular prize: profits. “Look, there’s a higher dream — I definitely want my label to be recognized and identifiable and successful,” he says. “But right now, my dream is just: ‘How can I make enough money to make my next collection?'” — Kristi Garced

“You can tell a story with a collection,” says Li, who’s originally from Auckland, New Zealand, and works out of her West 14th Street studio. “Each season is a different girl, but there’s a continuous white noise in the background that links everything together.”

Li was so focused on that white noise and expression during her launch for spring that she forgot about what comes after the creative process. “It was good, public relations-wise,” she says of her first collection, which didn’t sell. “But a lot of things were done by hand. A pair of pants took me eight days to make on a little wooden loom. When when people put in orders…I didn’t think about that.”

Li studied design at Central Saint Martins and graduated from Parsons’ MFA program in 2014. She interned with Brandon Maxwell during his Haus of Gaga days and worked as J.W. Anderson’s women’s designer for three seasons before venturing out on her own. A trace of Anderson’s influence can be seen in Li’s exaggerated proportions and precise-yet-organic wrapping and folding techniques worked within sportswear parameters. She begins each season with a phrase. For spring 2017, it was “after dusk, before dawn.”

Asked why she decided to launch her own label, the 28-year-old says, “A lot of my friends are much younger than I am and had started their own lines after school. I was waiting because I didn’t think I was ready. After J.W. Anderson, with everything I had learned from him, I felt it was time.” — Jessica Iredale

After meeting as interns at Eckhaus Latta in 2014, Esther Gauntlett and Jenny Cheng would spend late nights making clothes together in Cheng’s dusty, disheveled studio in the Williamsburg neighborhood of Brooklyn, on a domestic knitting machine. (Formerly known as Moses Gauntlett Cheng, the brand was founded in 2015 with David Moses, who left the label last January and works with Vaquera. See page 74.) Starting a business was a total afterthought until their side project materialized into a full collection, and the designers staged their first runway show at St. Mark’s Church — a delightfully scrappy affair with Gauntlett’s own mother standing in as a runway model.

Spring marks Gauntlett and Cheng’s second collection as a duo. The label, available at Opening Ceremony among other boutiques, is marked by an unstructured, handmade, DIY sensibility. “The way we design is so organic. It’s intuitive. It’s about text messages, phone notes, us sitting together in a bar or having a cigarette, talking about things we’re going through….It’s all so personal,” Gauntlett says.

Textile manipulation, particularly in terms of knitwear, is paramount to the collection’s identity; many of the looks are diaphanous and meant to be worn loose and slightly askew. “We’re always focusing on needle-felting and trying to make things look worn and lived-in….I think falling apart is a constant theme,” notes Cheng, indicating last season’s sweaters, which had an intentional shrunken-in-the-wash vibe. The label, which is completely self-funded — both Cheng and Gauntlett keep day jobs, in design consulting and retail, respectively — will stage its spring show on Sept. 12 on a boat docked on the East River.

It will also be the designers’ first time showing outside of Milk Studios’ Made Fashion Week or VFiles Runway — the latter of which provided them with support for a year after they were named winners in 2015 — but that’s no sweat; Gauntlett and Cheng lean on their friends for help, and in fact prefer it that way. “I want this to continue to be something where we work with incredible people that are outside of fashion,” Gauntlett says. “It’s collaborative, and I think that’s a really important part of it for us.” — Kristi Garced

“I was never intending for anyone to actually wear the clothes. It was just about making stuff for the look book shoot, and that being the final product,” explains the Alabama native, who studied photography in college but always found himself more drawn to clothing. Eventually, DiCaprio brought on designers David Moses, formerly of Moses Gauntlett Cheng, and Bryn Taubensee, who studied sculpture and fashion design back in Indiana (where she “never fit in”), before relocating to New York. Adding to his team was a move that “changed everything for the better,” DiCaprio says. “It’s almost impossible to do this by yourself if you’re not a millionaire.”

Vaquera’s collections have in the past leaned coquettish and romantic — perhaps due in part to DiCaprio’s upbringing in the Deep South — and Victorian and Elizabethan references are frequent touchstones. For its spring show at Red Bull Studios on Sept. 12, the label is trying to move away from that ethos a bit; Moses says that “an opposition to stagnancy” and an element of surprise is important to their overall vision.

“Every season, we want to people to be, like, ‘What? We weren’t expecting that.’ That’s the kind of fashion we’re interested in,” DiCaprio adds.

Vaquera, which retails at Opening Ceremony and other boutiques scattered across the U.S., ranges in price from about $150 to $600 for outerwear or dresses. “Why would you pay $1,000 for something [of ours] when you could just go to Prada?” Moses says, noting that they source many of their fabrics from discount stores, and that Vaquera is more about a sensibility than a traditional sense of luxury. “We want to be realistic. We aren’t making these clothes for rich people. We want our friends to be able to buy them,” DiCaprio adds.

Ultimately, DiCaprio, Moses and Taubensee hope to develop Vaquera into a profitable business and support themselves completely while remaining true to their core values. “One of our strengths is that we aren’t by-the-book ‘fashion people,’ and I think that’s why we can think differently and produce what we do,” Taubensee says. — Kristi Garced