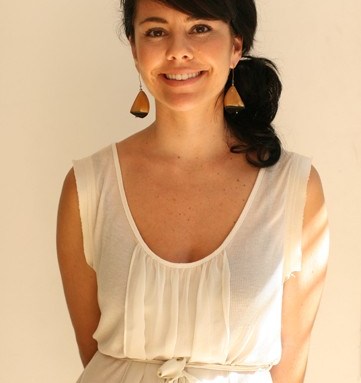 The ranks of young designers launching a secondary line certainly aren’t thinning these days. Richard Chai has Love; Doo-Ri Chung, Under.Ligne; Alexander Wang, T, and Thakoon Panichgul, his Thakoon Addition collection. But, increasingly, newer names are taking a similar tack — which often begs the question of why. Is it savvy to add another collection when the company — not to mention the designer — is still under the radar? Given the economy, the move seems counterintuitive.

But it turns out that a second line might not be such a bad idea. Smaller companies are able to broaden their price points and expand their clientele, for one. “This opens up our audience a bit more,” explains Society for Rational Dress designer Corinne Grassini, who launched the lower-priced SfRD. “A lot of boutiques have approached us in the past that haven’t been able to buy the regular collection. Now, I can open up the distribution.”

Designers stress the importance of staying focused. They don’t label their secondary lines as diffusion; rather, they home in on a specific niche, whether basics, underpinnings or signature looks. “And it has to represent your way of doing things,” adds Joanna Sykes, who also spun off a second line. “You have to have your niche.” Here, a trio of emerging designers taking the expansion route.

Corinne Grassini is getting her second shot at a secondary line. The Los Angeles-based designer of the five-year-old Society for Rational Dress label launched a T-shirt collection, Guild, back in 2006; it shut down the following year. Now she’s reviving the same casual concept with the spring debut of SfRD. But there’s a subtle difference between the two. “Guild was a completely separate collection from Society for Rational Dress,” explains Grassini. “It was difficult for me because I was constantly having to switch my design frame of mind back and forth. The new line SfRD is just an extension of Society; it’s inspired by and will be merchandised with it.”

While SfRD’s nine-style debut keeps to pared-down tank and T-shirt silhouettes, Grassini’s slouchy, draped bias cuts add a shot of sophisticated nonchalance. “I want that delicate balance between a really comfy T-shirt and something more elegant for night,” says Grassini. She uses paper-thin MicroModal and silk throughout with added embellishments in silk chiffon paneling, bows and inserts, while necklines and armhole trims are crafted from raw silk charmeuse. And occasional hardware accents, as in the racer-back tank with brass rings tucked between the shoulder blades, are a nod to the harness motif in her main collection, which works an edgy architectural vibe. SfRD wholesales from $62 to $83 and has so far been picked up by H. Lorenzo and Madison in Los Angeles, Harrods in London and Atrium in New York.

It’s only been two years since Joanna Sykes launched her Sykes label, but the London native has already won a NewGen sponsorship from the British Fashion Council and, in fall 2009, also became the designer for the U.K. boutique Matches’ Freda collection. Now, she’s launched a second line of silk basics called Sykes Silks. “The idea was to have a presence online,” explains the designer. “It’s really hard for young designers to sell their collections online with all the problems with manufacturing and the supply line. The nature of this product is really suited to that [e-commerce] business.”

And, no, Sykes maintains, she’s not biting off more than she can chew. “It’s quite a minimal investment for the potential return,” she says. “This gives us the opportunity to sell directly to the customer and, obviously, the margins are better.” Another part of the equation: the possibility of expanding her retail base. “We actually sold more Silk this season than the main collection,” Sykes points out. Elizabeth Charles in New York, Plum in Beirut, Lebanon, and Harvey Nichols and Matches in London have all picked up the line.

While the Sykes collection already hews to an effortless city-chic sensibility — slouchy blazers, loosely cut blouses and trousers — Silks sticks to classic underpinning basics, including camisoles, rompers, shorts and leggings with a sheer inset up the back. And as the name implies, this collection is cut entirely from silk — versus the leather, twill and viscose in the designer’s other label. “You had all those companies doing jersey basics and then underwear stuff from Hanro and Wolford,” Sykes explains. “I found there wasn’t anything in between.” She adds that the new line, priced $106 to $246, wholesale, will keep the same silhouettes from season to season. The shifts will come with the color palette, which features black, white, nude and a powder blue for this debut. “I like the idea of something that doesn’t change,” Sykes adds. “It’s more about enduring style and nice, simple things — favorites — that could just remain.”

Forget diamonds. For Annmarie Scotto, shapewear is a girl’s best friend — which is why the designer of Chloe & Reese is launching an apparel line revolving around that nip-and-tuck concept. The twist here: shapewear is sewn right into the garment.

“We host a lot of trunk shows and the universal comment would be, ‘Oh, I need my Spanx,’” says Scotto, a former publicist. “Shapewear has really become such a staple for women in their intimates wardrobe. It just seemed a natural progression to put it in the interior of the garment.” Scotto adds that this collection, named Sleek, is priced lower than her main collection, wholesaling from $85 to $125 versus Chloe & Reese’s range of $135 to $315. “And with the shapewear built into the design,” she adds, “it’s one less expense and one less thing to worry about when getting dressed.”

But she’s quick to emphasize that this isn’t a diffusion line. “I have plans to do that next year,” she remarks. “There’s a reason I called it Sleek and not Sleek by Chloe & Reese. They’re going to be two separate companies and positioned to buyers as two different collections.” So far, Lord & Taylor has picked up the line.

The first collection features 12 dresses, cut in either stretch wool or stretch satin: corset dresses, sheaths and one-shoulder frocks, all of which come with a snug layer of nylon and spandex TechSheen inside the lining. “This way,” says Scotto, “the silk lining is what touches your skin and keeps you comfortable.” As for why Scotto didn’t simply add the shapewear component to Chloe & Reese, she points to the varying design sensibilities at the root of both collections. “My main line is more of a flirty, full-skirted, ruffled look,” she explains. “Sleek will always be about body-skimming shapes. It’s for those sexy types.” Or, Scotto adds in television terms, “[‘Sex and the City’s’] Carrie would wear Chloe & Reese and Samantha would wear Sleek.”