Staying true to themselves was the mantra for Italian designers.

By Luisa Zargani and Alessandra Turra on April 19, 2012
View Slideshow 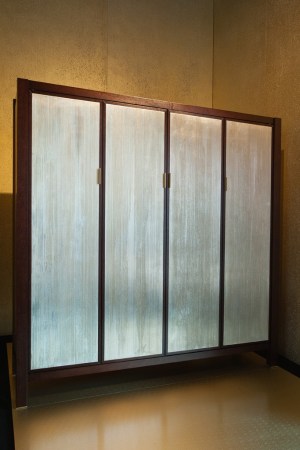 MILAN — Staying true to themselves was the mantra for Italian designers displaying their new home collections during Milan’s design week.

To balance wobbly consumer spending in Europe and other regions, the design world, like the fashion one, is increasingly reaching out to emerging markets. And designers are taking notes: Those regions are hungry for the essence of the brands and the lifestyles they communicate.

It isn’t surprising then that Roberto Cavalli’s first home collection included zebra-print armchairs and the “Jaguar” spotted rug. Donatella Versace’s collection was a joyful trip through her colorful, iconic patterns, framed by the brand’s Greek frieze — all marking a strong return to her brother’s original Baroque sensibility.

Giorgio Armani’s Oriental touch and workmanship, such as a French technique from the Twenties and Thirties that employs straw, was entirely in line with the designer’s sensibility and aesthetics.

“The Oriental way of thinking is not characterized by one single logic but is the result of thousands of influences and overlappings that express themselves through different symbols and decorations,” said Armani. “I have re-elaborated them according to my taste for linearity and for the essence of things, trying to maintain the incredible richness of signs, which enchants me.”

“There is a return to brand identity and products that are very recognizable,” said Versace, poured into a black and gold dress that blended with the pattern of the sofa she was sitting on. “There is too much uniformity around.”

“I don’t know if you can furnish the whole house with these pieces,” conceded Cavalli, “but I love it, I’m really happy. I take ideas from my fashion, and the home line complements that. I want it sexy. I love color not only in fashion but also in furniture. When I see those minimal, Japanese-style, very rigid designs, I don’t like them.”

The designer signed a slew of licensing agreements for the collection, including with Industrie Emiliana Parati for wallpaper and Caleffi Group for bedding.

Walter Ragazzi, chief executive of Idea SpA, which produces Blumarine furniture, said the line, now in its third season, has doubled sales over the second season. He attributed the gains to the fact that the collection is “very much personalized. One of its strengths is that it is recognizable, with the designs that characterize the Blumarine brand.” Ragazzi said that customers in China, Russia and the Middle East buy into the “general concept,” and customize their houses with a whole “project,” not necessarily single pieces.

Antonio Marras teamed up with Milan-based design retailer Rossana Orlandi to launch Milly, his first home collection. “I started from fabrics, for which I have a great affinity,” said Marras. “This collection represents a sort of ideal continuation of the last runway show. It’s a kind of patchwork of the fabrics I used for my fall collection.”

Conversely, Bottega Veneta creative director Tomas Maier said he couldn’t “imagine someone having a house” entirely decked out in the brand’s line. “Most of the people who come to us are clients that shop our other categories. They share the sensibility for the aesthetics, for what the company stands for, and they appreciate the make, the lasting quality and design, never too loud,” said Maier.

The designer chose to mix vintage pieces by Dimore Studio with his own items, which included the “floating” desk or dresser with drawers in lacquered parchment and the Tassello seats in collaboration with Poltrona Frau, such as a suede sofa made with foam and feathers that took almost two years to develop. “I wanted to show how this furniture can live in different environments, adapt to your life and our own interior decor,” said Maier.

Home collections have been serious businesses for years, and designers continue to invest in research and development, joining forces with qualified producers. Case in point: Diesel introduced its kitchen, made by Scavolini, one of Italy’s best-known kitchen specialists “The kitchen is the long-lasting pièce de résistance in the home. Brands have to be more and more about lifestyle, and I felt we needed to add this to the collection,” said Diesel chief Renzo Rosso.

Versace Home accounts for 10 percent of sales, and its dedicated Web site has grown 230 percent since 2010 and sells in 44 countries (the main online markets are Australia, the U.K. and the U.S.).

Missoni, which developed flame-patterned, super-resistant woven vinyl carpeting with Bolon, is also growing its home business, mainly through hotels, with the third expected to open in Oman next year, and providing designs for condos in Manila and Toronto.

Alberto Jelmini, Rosita Missoni’s brother and ceo of T&J Vestor, which produces Missoni Home, said the home business last year had sales of 21 million euros, or $27.5 million, up 10 percent from the previous year, but that the growth derived only from exports, while the company saw a 10 percent drop in Italy. For this reason, Missoni is changing strategy, opening up to department stores more, with dedicated spaces at La Rinascente and Coin, and “selling by project, and not by product category,” said Jelmini.

In Milan, where it introduced its furniture collection last year, Hermès presented its new Module H series of panels, in the size of the brand’s iconic scarf, and in different materials — from canvas to leather or crocodile hide, to name a few. The panels can be combined in infinite variations on an aluminum grid. “This is a very creative idea. It leaves a lot of room to the imagination, for personalized, never standard spaces,” said ceo Patrick Thomas of the system, which was developed with Japanese architect Shigeru Ban.