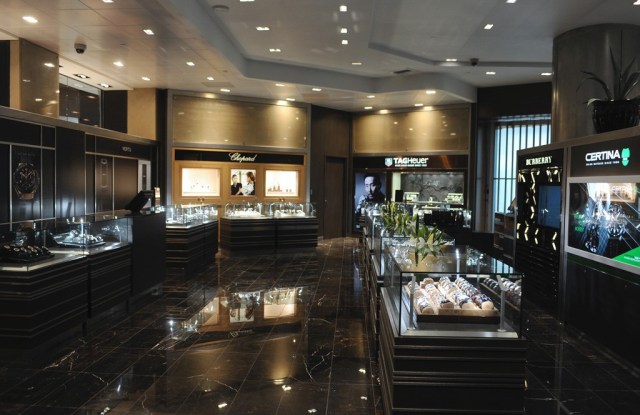 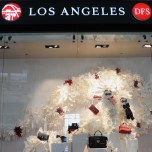 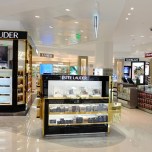 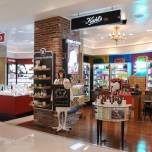 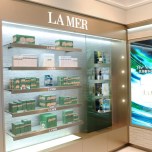 On Thursday, the travel retailer, which is majority owned by LVMH Moët Hennessy Louis Vuitton, unveiled 10 spaces covering 25,000 square feet at Los Angeles International Airport’s revamped Tom Bradley International Terminal that represent its dedication to cultivating a luxury environment on par with the top global luxury stores. The aim is to appeal to tourists, largely from emerging markets, China being the largest, with mounting wealth and sophistication.

The new spaces at LAX are part of an overall strategy to de-emphasize and, in the case of its downtown Galleria locations, move away from the tax-free part of DFS’ business model. Instead, the retailer is out to underscore its position as an upscale destination driven primarily by the assortment, service and a strong relationship with travelers specifically who trust its merchandise and knowledge.

“We have the most savvy customers in the world at this airport, who have very high standards and expectations coming from Asia, Europe and other places,” said Philippe Schaus, who became chairman and chief executive officer of DFS almost a year ago, during a tour of DFS’ 12,000-square-foot beauty section in Tom Bradley. “What we try to bring here to Los Angeles is a quality of offer and of ambiance, which is really in line with the best department stores in the world. In that sense, I hope we have set a new standard for North American airports, in particular.”

During the last five to 10 years, DFS has pursued a strategy to elevate the look of its stores, and the Tom Bradley spaces demonstrate the result. Brands are separated and easily identified throughout the beauty space, for instance, and their displays speak to the brands’ individual identities. The Kiehl’s area resembles one of the beauty brand’s stores elsewhere with wooden floors and signature signage reflecting the brand’s pharmacy heritage; the Benefit area puts its feminine touch on a pink and yellow counter, and SK-II, which makes its North American debut at DFS in Tom Bradley, is surrounded by illuminated brand imagery.

“In most of our stores, you see a very strong focus on the brands’ DNA in every aspect,” said Schaus. “Each brand is in its own little world, and I think that’s really how you create legitimacy for airport retail is that you elevate the display to such a level where the customer really feels they will get the best from that brand rather than neutral display, where it looks more like a selection of items from brands and not really the full brand presentation.”

Travel retail is different from luxury retail in other circumstances since it has to serve the travelers’ needs. Trying on ready-to-wear is not practical in airports where time is of the essence, so accessories fuel the fashion business. Schaus also explained that aisles are wide in the stores to make room for luggage, and the cashiers are highly visible in order for customers to make quick transactions and head to their gates.

“In an airport, it’s typically all about convenience, rapidity, easiness and durability. These are heavy-duty floors,” said Schaus, while testing the floors with the soles of his shoes. “Within these constraints, what we try to do is create a luxurious, friendly, very bright ambiance where the customer will feel like they are not in an airport, but a high-end boutique or high-end department store.”

As DFS tries to make a mark outside of its exemption from duties or taxes, it is changing logos at North American locations and rebranding its downtown DFS Galleria concept, which was started in 1995 in Gaum to capture sales from travelers when they are outside of airports. Most of the business today at the Galleria units isn’t duty-free. At Tom Bradley, the storefront says “Los Angeles” and has a localized logo with the Theme Building at LAX and a palm tree. At John F. Kennedy International Airport, the logo features the Statue of Liberty, and the DFS logo at the San Francisco International Airport will have a cable car. “Duty free is part of their [shoppers’] experience of the city, so you want them to know that experience is really tied into travel,” explained Polly Nelson, DFS’ managing director for North America.

DFS Galleria will be getting a new name this September, which DFS declined to disclose now because it will be launched with an event at a Galleria location in Hawaii’s Waikiki. DFS will play less of a role in the name and branding of the Galleria locations and become what Schaus described as an “endorser” of the concept rather than the name itself. The rationale is to solidify the move away “from a value proposition to becoming the endorser of a reputable institution in the world of travel retail. It is the cherry on the cake. The cake has been done. The stores today are very different than what they were 10 years ago and, in the last two years, we have massively continued to upgrade them. We are naming what we have become rather than sometimes you name something and then change it,” he said.

Customers have already recognized that DFS isn’t only about duty-free shopping, according to Schaus. He stressed they shop its stores for the breadth of the merchandise, the service, the ease of the shopping setup that enables browsing of various brands and DFS’ trustworthiness. Counterfeit goods are a constant worry for Asian tourists, and they understand that they won’t get those at DFS. Savings are not paramount on shoppers’ minds, but Schaus said, “It is more about fair pricing than best pricing. It is not just about duty-free any more, at least not in the downtown locations to a large extent, but it is about the fact that we are trusted to have the right price.”

Certainly, as DFS has stepped into the luxury arena, it has had to up its game and the expectations are not going to diminish as competition for consumers from emerging markets increases. Chinese tourists, similar to the Japanese before them, have definitely helped make luxury travel retail a lucrative business. The United Nations World Tourism Organization found travelers from China, the number-one source of tourism spending in the world, spent $102 billion on international tourism in 2012, a 40 percent leap from the year before. Schaus predicts Chinese tourists will continue to dominate luxury travel retail for years to come, although in a few years he forecast that travelers from countries such as Turkey, Indonesia and Russia would become a real force.

“As urbanization grows in China, it is linked to travel patterns. The more it is urbanized, the more people are traveling. There are more and more cities coming on the radar. Look at how many airports are going to be built in 20 years. They are talking about more than 100 airports in even less than 20 years,” he said. “Some people think that a certain maturity has been reached in the Chinese market and that the growth rate will not be the same as it has been before. That might be true for the general economy, but as far as the travel retail business is concerned, we believe we will have healthy growth rates for the foreseeable future.”

Along with Sephora, Le Bon Marché and Miami Cruiseline, DFS is within LVMH’s Selective Retailing division. That division’s revenues last year rose about 22 percent to nearly 7.9 billion euros, or almost $10.5 billion at current exchange, and its profits from recurring operations advanced 19 percent to 854 million euros, or $1.13 billion at current exchange.

“The company is doing very well. It is at this stage very much focused on Asian travelers from all the Asian countries, of course, with the growth coming from Chinese travelers. We are equilibrated in terms of [revenues from] downtown stores and airport stores,” said Schaus. He added that sales are roughly evenly divided as well between DFS’ four pillar categories of food, wine and spirits, fashion, watches and jewelry and beauty.

High-volume locations for DFS are in Hong Kong, Macau, Singapore, Hawaii and Los Angeles. Further building upon the company’s Pacific Rim strength, Hong Kong International Airport awarded DFS a contract for three major concessions last year. Gallerias have been DFS’ principal growth vehicle, and it opened one Galleria last year in Hong Kong, but has no Galleria openings planned this year. It is rumored that DFS will be opening down the line in Europe. DFS would not comment on the rumor. Over the next three or four years, Schaus did say that DFS will be expanding each one of its Galleria locations. Revamps at the airports will be more frequent than new DFS airport openings, and San Francisco and JFK are getting upgraded. Worldwide, DFS has 420 locations selling 700 brands across 10 countries and three continents.

“There will be other airports, but it is not the objective of DFS to open many more airports in the next few years. We want to do it in a very selective way. We want to go to only those places where we can elevate the airport and the offering in a way which works with the customer that travels there. It will be selective development,” said Schaus. “On the Galleria side, it is the same story, we will be very selective. We look at the places where we see we can bring something to the market, where somehow what we have is not yet present.”