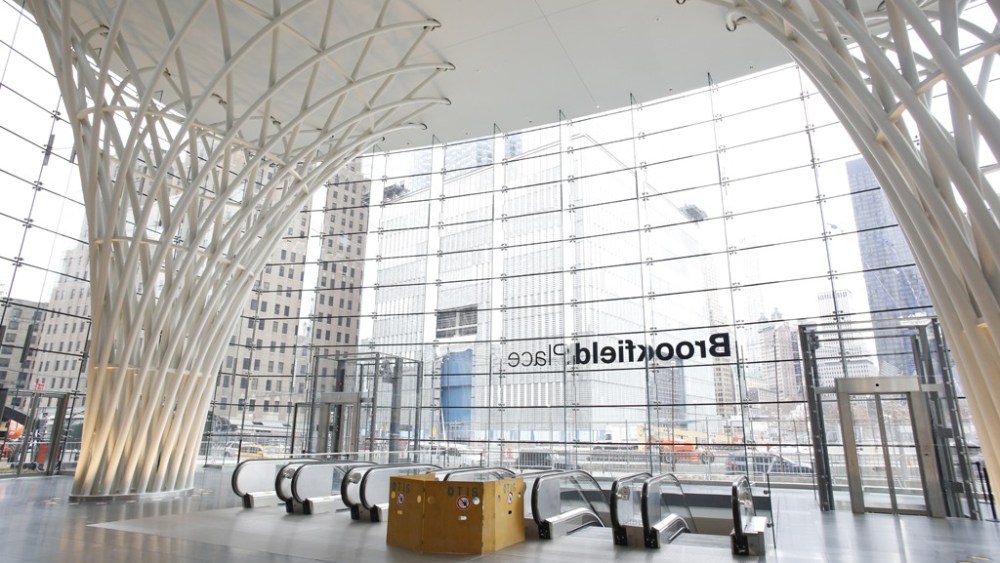 With the addition of von Furstenberg, 75 percent of the retail space at Brookfield Place has been leased, according to Hogan, who noted that the remaining 25 percent is in active negotiation.

Brookfield Place has been somewhat overshadowed by the Westfield World Trade Center and its 440,000 square feet of retail square footage. The World Trade Center has grabbed headlines due to its size, design, history and proximity to Ground Zero. Meanwhile, the smaller Brookfield Place, at 250,000 square feet, has remained focused on attracting luxury and contemporary stores.

The center will feature a casual dining concourse called Hudson Eats, named for the views it affords of the river.

Brookfield Place, which is scheduled to open in March 2015 with an Equinox gym, will feature retailers such as Hermès, Burberry, Ferragamo, Michael Kors, Ermenegildo Zenga, Scoop, Judith and Charles, Eileen Fisher, Theory and Calypso St. Barth. Ferragamo and Burberry will command the most space, with stores of 5,000 square feet each.

The property consists of five office towers with 8.5 million square feet of space. Retail is spread throughout the property and will be found in several locations within Brookfield, primarily in the glass-topped interior courtyard, where 20 contemporary brands including Scoop, Judith and Charles and Calypso will reside. Diane von Furstenberg will be located in the courtyard next to Michael Kors and across from Theory.

Brookfield is spending $250 million to redevelop the property, formerly known as the World Financial Center, including demolishing the first two floors of the five office towers. The office building lobbies have been reconfigured on the second floor of the towers, creating a captive audience as workers move to the second level, passing stores on the ground floor en route.

A new entry pavilion on West Street has towering ceilings and white-coated structural pillars that look like palm trees. “This was the back side of the center; now it’s the front door,” said Hogan. “It’s much more visually tied into lower Manhattan. We’re also redoing all the facades on Vesey Street and we’ll have two city blocks with luxury facades on West Street.”

Moving the entrance to West Street makes the center more retail-friendly, Hogan said, especially since West Street is being redesigned with landscaped medians that resemble those on Park Avenue. The West Street frontage will accommodate 15 retailers. There’s room for 45 stores in the project. Hogan projected retailers will do in excess of $2,000 a square foot.

An underground corridor between Westfield World Trade Center and Brookfield Place opened in October, and provides indoor access to the project on cold days. The new corridor is two stories below Brookfield Place’s main entrance and connects to the PATH train. A two-story arcade with a 40-foot high facade will face Broadway. Prior to the renovation, the building was entered from the world trade center via a sky bridge across West Street. Pedestrians can also cross West Street at multiple crosswalks to get to Brookfield place.