Digital fashion was one of the hottest themes emerging during the latest edition of Pitti Immagine's e-P summit in Milan.

MILAN — Is digital clothing going to be the next big thing to shake the ecosystem of fashion influencers?

The digital clothing business might already account for at least 1 percent of the total fashion industry, generating a value of $25 billion, according to Ronny Mikalsen, chief executive officer of Scandinavian retailer Carlings, which last year launched on its e-store a section dedicated to digital clothes, retailing at about 20 euros. The company donates 100 percent of the proceeds from sales of the digital clothes — which customers can easily “wear” with a click and share on their social media profiles with their smartphones, to WaterAid — a non-profit organization that provides people in need with clean water and decent toilets.

“Since the birth of social media and the boom of fashion influencers, the production of clothing has grown 60 percent, generating a tremendous impact on the ecosystem,” said Mikalsen at the Pitti Immagine’s e-P summit dedicated to the digital world, which was held here Wednesday. “Young people in particular have the desire to express their creativity on social media. They live two separate lives: the social media life and real life with friends. With digital clothing they get benefits, they can express themselves, and at the same time they have no impact on the environment.”

According to Mikalsen, who said that 95 percent of the feedback the company got at the launch of the projects was “super positive,” digital clothing can become an effective sustainable alternative for fashion influencers in particular when smartphone cameras will be able “to dress them up in real time without a manual gesture as it happens now.”

Digital clothing is actually more than an experimental venture for Dutch start-up The Fabricant, which specializes in photo-real 3-D fashion design and animation and delivers digital fashion editorial and digital clothing. Last June, The Fabricant sold a digital dress, created in collaboration with Dapper Labs and artist Johanna Jaskowska, for $9,500.  “Through digital clothes, we drastically reduce the amount of clothes we produce and at the same time we make more profits,” commented Kerry Murphy, founder of The Fabricant.

Nowadays the creation of digital clothing is still very expensive because of the sophisticated high-tech procedures required, but since digital technology is fast evolving, Mikalsen thinks that costs will be drastically cut soon. “Today it’s really expensive, but I think there is nothing more expensive than a missed opportunity,” he said.

Digital clothing seems to be a direct effect of the shift in the ownership paradigm, especially for younger generations.

“We are facing a major change in the concept of ownership. For Generation Z, it’s all about the experience, they don’t feel the need to own,” said Werner Bossenmaier, Timberland senior director of e-commerce and digital sales. “Indeed, if you spend 50 percent of your time online, you don’t need to own.”

But how will companies continue to be profitable in this fast-changing environment? “Companies have to find new ways of making revenues. The focus needs to be shifted from the strategy aimed at selling products to new ways of engaging your audience,” Bossenmaier said. “I don’t think companies will make less money, but they will make them in a different way. They need to focus on engaging with people, creating communities and an ecosystem and offer them services.”

To generate actual engagement, brands need to anchor to their values and inspire people, according to Bossenmaier. In the case of a firm like Timberland, it means highlighting the eco-conscious spirit deeply rooted in the label.

“I truly think that the most iconic brands of the future will be those with the most sustainable impact,” he said, explaining how the eco-conscious approach informs the whole company, from product design and manufacturing to retail. For example, the company, which is owned by VF Corp., introduced shoes crafted from recycled leather coming from used Timberland designs collected in the brand’s stores. 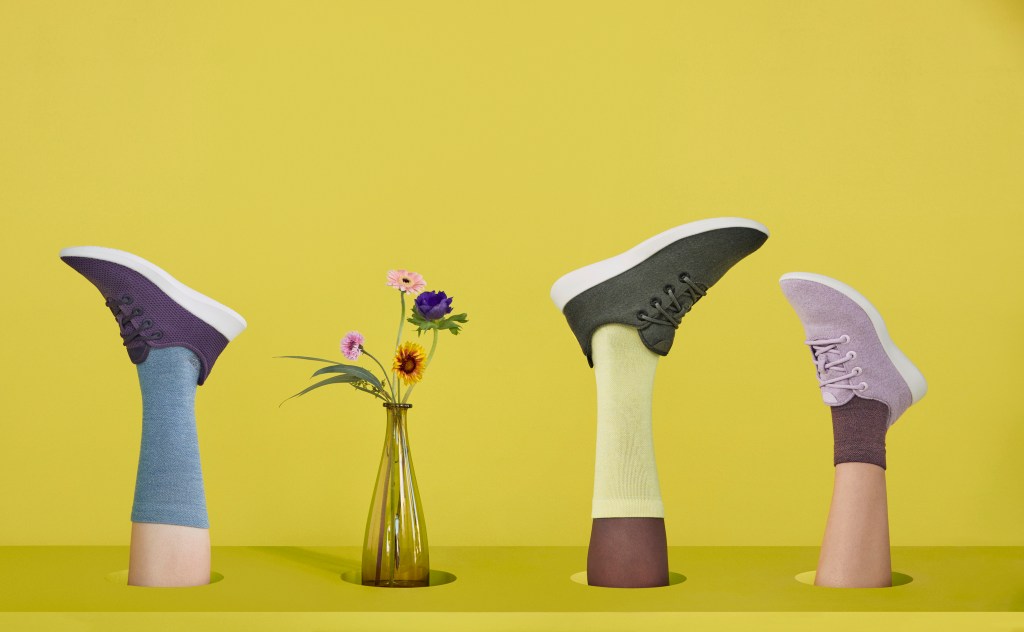 “Sustainability needs to be at the center of what you do and the way you think. It’s not negotiable,” said Sandeep Verma, managing director Europe of Allbirds, the $1.4 billion eco-friendly sneaker brand founded in 2016 by New Zealand’s former professional soccer player Tim Brown and clean-tech engineer Joey Zwillinger and which counts Leonardo DiCaprio and NBA player Andre Iguodala among its investors.

Although Verma highlighted that 95 percent of Allbirds employees were keen to work for the company because it is B Corp certified, for consumers, design and comfort still drive the purchasing decision.

“People buy products because they are beautifully designed, because they are attracted by them, and then because they are sustainable,” Verma said. “At Allbirds, the goal is to create products solving everyday problems,” he added, citing for example the big success of the waterproof Mizzles sneakers.

Allbirds, which has just opened its first unit in Continental Europe, specifically in Berlin’s Mitte district, currently operates 13 shops, but it expects to bring the number to 45 by the end of next year. “Most of them will be in Europe,” said Verma.

One new store every week is the fast-paced rhythm of Levi’s retail expansion. “You can really say we believe in the physical environment,” said Levi Strauss & Co. vice president & managing director South Europe Diana Dimitian. “We are an old company but we make decisions with a start-up mentality. We try to continue innovating and evolving the in-store experience,” she added, highlighting the importance of offering customization to guarantee a fulfilling shopping journey to its customers. For example, in Europe, Levi’s employs 220 tailors who offer custom-made services in the stores.

While it continues to be a critical, work-in-progress strategy for the denim giant, in the latest quarter, the direct-to-consumer business accounted for 39 percent of the brand’s sales, which also saw a 30 percent increase in the women’s category.

“Long live the flagship,” exclaimed Franck Denglos, Adidas general manager for Italy. “If you are not in key cities, you break the consumer’s journey,” he explained, underpinning the importance for a global brand like Adidas to create unique, innovative retail destinations.

Adidas, which on Thursday inaugurated its new flagship on London’s Oxford Street — “the best store of the brand so far, while the next one will be even better,” Denglos commented — actually uses its main stores as locations for consumer events and, as part of its omnichannel strategy, as warehouses for the online store.

“We found out that 9 percent of the customers who pick up their online purchases in the physical space actually buy other products available in the store,” said Denglos, highlighting that “omnichannel both facilitates the consumer’s journey and increases your business.”

Focused on offering a high-end shopping experience, with the opening of the London store, Adidas is launching a new function on its app to enable people in store to select products and shopping assistants to geo-localize the customer in the store and bring him the requested items.

“Another crucial thing you get through physical shops is abundance of data, which needs to be primarily used to check if you have the right merchandising in store,” said Denglos. 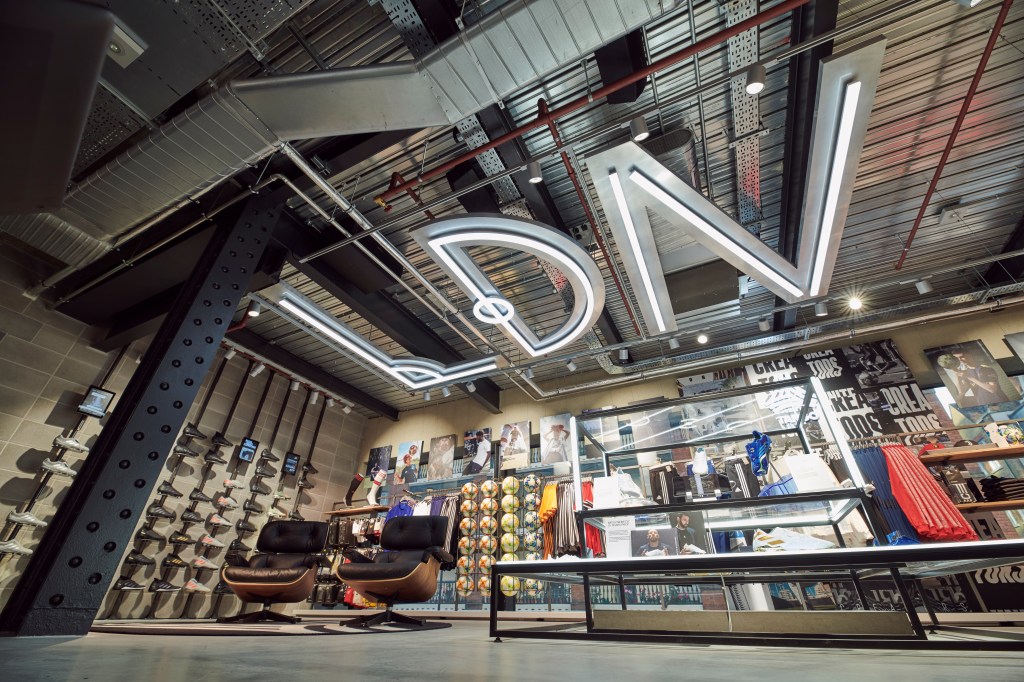 Meeting consumers’ expectations is the ultimate aim of data analysis, according to Lars Rabe, managing director Europe of True Fit, a data-driven personalization platform for footwear and apparel retailers that decodes personal style, fit, and size for every consumer, every shoe, and every piece of clothing.

Rabe suggested that rich attribution is key to understand consumers’ preferences. “Five attributes to a single product are not enough. If you really want to learn more about a customer you have to create between 20 and 30 attributes,” he explained. “It’s crucial for retailers to understand shoppers inside and outside their own environments. When you understand preferences and behaviors, you can deliver personalization at every touchpoint.”

This becomes particularly crucial if one considers that, according to a research presented by Inès Visinet, marketing director Italy and France of payments platform Adyen, in 2018 global retailers missed the opportunity to generate sales of 3.3 trillion euros because they ignored customers’ expectations. In particular, last year, negative shopping experiences cost Italian retailers’ 40 billion euros in lost sales, she said.

Visinet also put the focus on the fact that, in 2018, 70 percent of potential customers left stores before completing the purchasing process because of long lines and that 50 percent of shoppers didn’t finalize their shopping journey because their favorite payment methods were not accepted.

At the same time, Adyen’s research highlighted how the unified commerce strategy is key to create brand loyalty today. In fact, data reveal that 47 percent of customers who have the possibility to return their online sales in store said that they would go back to the brand because of that.

Data analysis is not just for geeks, according to MSGM creative director Massimo Giorgetti. “Data must serve as an inspiration,” said the designer. “Data analysis is math work for sure, but at the same time there is something instinctive about that, because at the end of the day numbers need to be interpreted.”

And interpretation requires imagination and creativity, according to Giorgetti. “I think that the fashion industry gave too much power to merchandisers. I think it’s time to give back this power to designers and creative minds,” he said. “There is so much product around but I see the same items in each brand’s collection. I think that new generations are smart and informed enough to see that. I think they really want to see human creativity behind a product and that’s rewarding for a brand.”