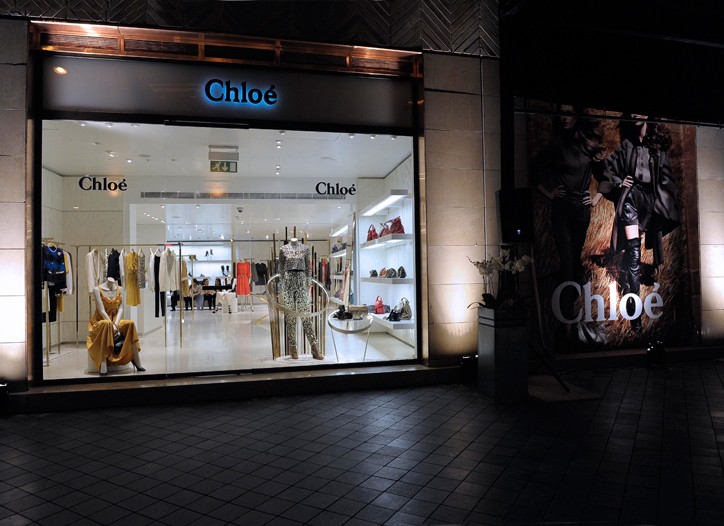 With Christian Dior and Chloé opening boutiques in Beirut last week — and other labels that may follow in 2010 — the Lebanese capital is becoming a hot retail pocket for European luxury brands.

Overshadowed by Dubai in recent years, the style-conscious city known for its nightlife is luring shoppers back to the renovated souks and cobblestone streets of its hip downtown, said Tony Salame, local partner for Chloé and Christian Dior and owner and ceo of Aïshti stores.

“Beirut always was and will always remain the West’s gracious window to the Middle East,” Salame said, noting that brands, including Balenciaga, Etro, Jimmy Choo, Burberry, Stella McCartney, Yves Saint Laurent, Bottega Veneta, Damiani, Camper and Seven For All Mankind were eyeing retail space, which can generate sales of around $12,000 per square meter.

“Spending habits may be more cautious in Beirut, as elsewhere, but the mood right now is festive,” Salame said. “People in the region are worried about the future due to political instability in Iraq, Iran and Yemen. But here in Beirut, we’re used to working in a challenging environment. We’ve learned to overcome both political and economic instability.”

The Dior store, which features women’s and men’s ready-to-wear and accessories, is the French label’s second in Beirut, but its first in more than a decade since the original closed because of political instability in the mid-Nineties. The boutique’s interior decor was inspired by Dior’s headquarters on Paris’ Avenue Montaigne and contrasts 18th-century carvings and Louis XVI furniture with more contemporary decorations.

Toledano declined to give sales projections for the new store, saying only that he expected revenues to be on a par with Christian Dior flagships in the Middle East.

“We are very confident in the store and in our customers, who we have known and done business with for over 60 years,” Toledano said. “There is a very important purchasing power here.…Our objective is to be comparable to what we do in Europe.”

Chloé chairman and ceo Ralph Toledano, meanwhile, inaugurated the label’s first store in Beirut, a 1,862-square-foot, single-level space at Aïshti Beirut Souks on Fakhry Bay Street in the city’s downtown on Saturday with a show and party in the souk.

“We believe that now is the time to expand into this market,” Ralph Toledano said, adding that in the midterm, he believed Beirut would recover its position as the region’s fashion capital.

“During the war years [the Lebanese civil war spanned 1975 to 1990, and the Israeli-Hezbollah conflict was in 2006], Dubai took over as the luxury/shopping destination in the Middle East, but now the situation has stabilized and the economy is maintaining growth,” he said.