Store now features sections dedicated to the brand’s fine jewelry collection and Dior Homme as well as a VIP area. 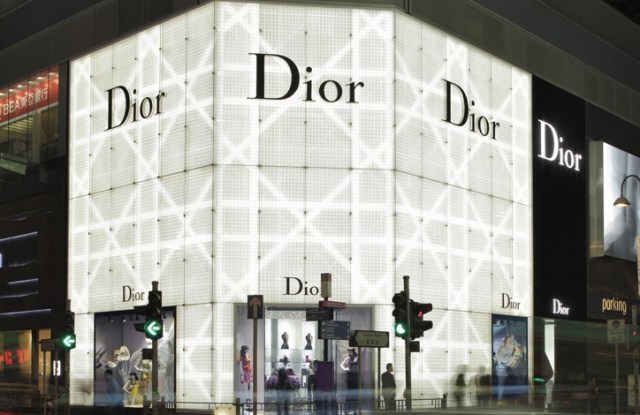 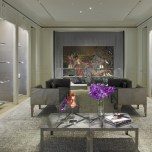 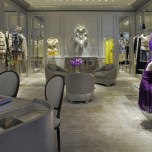 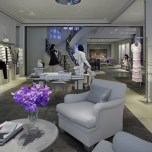 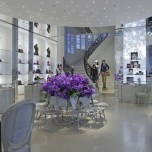 This story first appeared in the February 1, 2011 issue of WWD. Subscribe Today.

His words are particularly appropriate for this city, where Dior has seven stores. Toledano wants every one of them to be larger.

That process began with the unveiling of Dior’s One Peking Road flagship, which has been expanded to 10,000 square feet from 6,500 square feet and renovated by architect Peter Marino to reflect the brand’s new concept. It now has the look of a sumptuous Parisian apartment in shades of gray.

The expanded store, originally opened in 2003, now features sections dedicated to the brand’s fine jewelry collection and Dior Homme as well as a VIP area. A video art installation behind the staircase figures prominently.

“It’s not a giant store, but we’re not looking to be the biggest. Our aim is to offer all of our product categories in one place. The more categories we offer, the more the client is satisfied and the more time they will spend here,” said Toledano, who declined to give figures on the business.

Toledano said there are plans to update Dior’s other shops in Hong Kong — adapting the concept to each location and extending the retail space wherever possible. He also said the company might consider closing some of the smaller shops because “we want big space.”

Toledano continues to look at extending the brand’s presence in Greater China. Dior is in 12 Chinese cities, with more than two-dozen boutiques on the Mainland, including a Chengdu store that opened last month with a retrospective exhibition of Dior haute couture. The company also has three stores in Macau, including a large flagship expanded only one year after its opening, and a major project under way in Taiwan.

Dior entered Mainland China with its cosmetics business in the early Nineties, but according to Toledano, who joined the company in 1994, the old notion of selling lipstick or fragrance to develop brand awareness and offer an entry-level product no longer applies.

“You can also see segmentation in the market now,” said Toledano. “There are Chinese customers who buy the best cars, the best houses and are looking for the best ready-to-wear. They are already looking for haute couture,” he said, noting that the pace of change is unprecedented. “In China the way we see so many cities developing a market for fashion is amazing.”