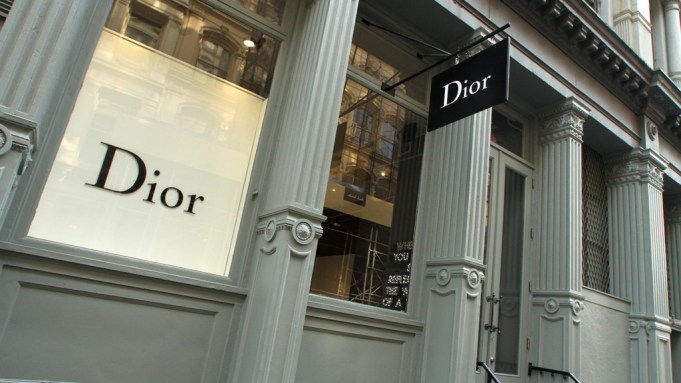 Dior Homme is renovating and expanding in New York.

The designer men’s boutique at 17 East 57th Street closed this past weekend for a summer-long renovation that will add an additional level to the selling space. The new 700-square-foot second floor will house tailored clothing and men’s furnishings, which will be moved upstairs to create a specialized selling environment.

“The new design will open up the store and provide a new experience. The dedicated space for tailoring on the second floor will allow us to provide true luxury service to that customer,” said Pamela Baxter, president and chief executive officer of Christian Dior Inc. and president and ceo of LVMH Perfumes and Cosmetics North America, both of which are part of Paris-based LVMH Moët Hennessy Louis Vuitton.

The new space was carved out of offices above the existing store, which is housed in the LVMH tower. The 1,082-square-foot ground floor will continue to sell sportswear, denim, sneakers and accessories.

Earlier this week, a temporary Dior Homme unit opened in SoHo at 133 Greene Street to provide a shopping alternative to the shuttered uptown store as it undergoes remodeling. The 2,300-square-foot SoHo store will remain open until September, when the 57th Street one reopens.

The centerpiece of the pop-up SoHo store is a wood and LED light sculpture by artist Robert Montgomery, which spells out the phrase: “Whenever you see the sun reflected in the window of a building it is an angel.” The installation was chosen by Dior Homme designer Kris Van Assche, who will host an opening party for the store on April 26 with Interview magazine’s Fabien Baron.

There are also Dior Homme shops within, or connected to, larger Christian Dior women’s stores at the Ala Moana Center in Hawaii and Las Vegas’s Wynn hotel, CityCenter complex and The Forum Shops at Caesar’s Palace.

Another freestanding Dior Homme store is scheduled to open in November in Miami’s design district at 161 Northeast 40th Street. Next spring, a Dior Homme shop is slated for the Waikiki neighborhood of Honolulu, at 2222 Kalakaua Avenue, adjacent to an existing Christian Dior women’s boutique.