In a first for the French fashion house, artistic director Kim Jones co-designed the collection with the “Astroworld” singer.

PARIS — After a series of collaborations with leading artists including Kaws, Daniel Arsham and Peter Doig, Kim Jones is inaugurating a new chapter at Dior by teaming with rapper Travis Scott on his spring 2022 men’s collection.

“This unprecedented event represents the first full Dior collection ever created with a musician for the house,” Dior said in a statement provided exclusively to WWD.

A Grammy-nominated artist, songwriter, producer, businessman and designer, Scott has been close to the brand for a while, modeling the Air Dior capsule collection that the French fashion house developed last year with Jordan Brand.

Through his creative collective, Cactus Jack, he has collaborated with companies as diverse as Nike, Dover Street Market, McDonald’s, Playstation, Epic Games and Byredo, prompting Forbes magazine to dub him “corporate America’s brand whisperer.” The publication estimated that Scott earns $10 million a year from the Nike deal alone.

The “Astroworld” rapper has appeared in campaigns including Saint Laurent’s spring 2019 ads, and earlier this week appeared in the second issue of Bottega Veneta’s quarterly digital journal. Earlier this year, he launched his Cacti seltzer brand.

Scott has also been lauded for his innovative music marketing strategies, such as bundling concert tickets, merchandise and a new album, and staging a virtual concert within Epic’s wildly successful “Fortnite” game. 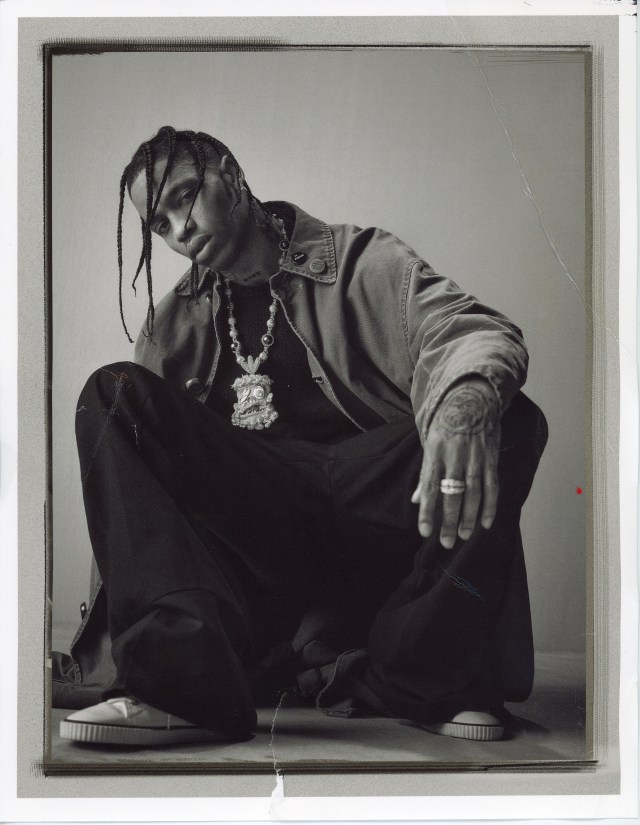 Through his Cactus Jack Foundation, founded last year, he has partnered with The New School’s Parsons School of Design to establish a fashion program, also launching his own scholarship program for historically black colleges and universities.

Jones is also a serial collaborator, helping to ignite the luxury streetwear phenomenon with the landmark 2017 collaboration between Louis Vuitton and Supreme, the cult New York skatewear brand. Earlier this month, he unveiled a capsule collection with Sacai, marking Dior’s first co-branded collection.

The designer has also nurtured the thriving relationship between fashion and art through his rotating seasonal tie-ups with artists, an approach that he tied to founder Christian Dior’s early career as a gallerist.

The Dior collection designed with Scott will be unveiled in Paris on June 25 at 2:30 p.m. CET at the brand’s first physical men’s runway show in 18 months. The display will also be livestreamed on dior.com.