A new state-of-the-art facility in central Paris is helping Dior spread the word about its history. 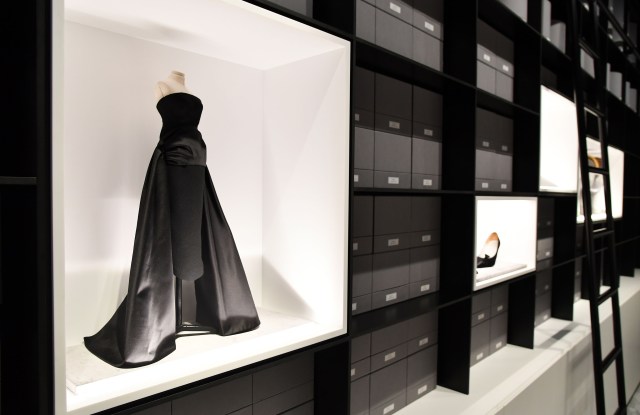 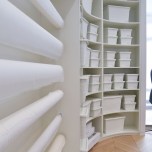 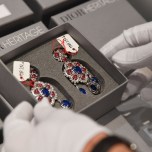 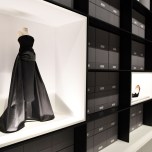 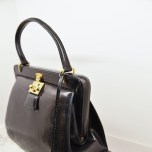 PARIS — When Christian Dior organized its last major retrospective in Paris 30 years ago, the house had almost no archives to speak of.

Fast-forward to 2017 and the brand boasts a state-of-the-art facility, christened Dior Héritage, that provided many of the outfits on show in the “Christian Dior: Designer of Dreams” exhibition at Les Arts Décoratifs, which marks the house’s 70th anniversary this year.

The archive, a stone’s throw from the Dior headquarters at 30 Avenue Montaigne in central Paris is the brainchild of Olivier Bialobos, vice president of international communications at Christian Dior Couture.

“I started working on the project three years ago with the aim of being ready for the 70th anniversary,” Bialobos said in his office, where the floor is lined with illustrations by Christian Bérard, purchased at auction.

He noted the project benefits from the strong support of Bernard Arnault, chairman and chief executive officer of LVMH Moët Hennessy Louis Vuitton, Dior’s parent company, and Sidney Toledano, ceo of Christian Dior Couture, who have given it the means to develop its scope.

“The mission of Dior Héritage is to conserve. Its second mission is to find and acquire new pieces, and its third mission is to document, thereby helping artists or creative directors, but also students and museums,” Bialobos said.

The department is run by Soizic Pfaff, a 40-year veteran of the house who started out in the licensing division and has been managing the archives since 1996, shortly before the arrival of John Galliano as creative director.

She now heads a 12-person team overseeing 9,840 pieces of clothing and accessories, in addition to tens of thousands of digitized documents, including sketches, collection plans and newspaper clippings. The team is based in a 9,700-square-foot building that previously housed a showroom.

The space is dedicated mainly to Dior’s reign between 1947 and 1957. Designs by his successors, including Yves Saint Laurent, John Galliano and Raf Simons are stored at a larger venue near the French town of Blois.

“It’s extremely pleasant to work here,” said Pfaff, whose favorite spot is the library filled with magazines and tomes on founder Christian Dior. “Everything is easier because we have a real platform for communicating. It’s nicer for us, and we have more of an incentive to exchange with people outside the company.”

The architecture references the codes of the fashion house, with features including a curved wall finished in Dior’s signature “cannage” motif, while the decor mixes archival creations in display cases with sculptures by artists such as Olympia Scarry and Liu Jianhua.

“I wanted something very clean, very Dior but modern,” said Bialobos. “I think archives should be full of life and not backward-looking.”

Directly across from the entrance is a clinically white area where outgoing clothes are prepped for shipment, which is handled by firms specialized in transporting works of art. Another space contains a treasure trove of perfume bottles and accessories — including shoes, jewelry, bags and hats — carefully stored in made-to-measure boxes.

“I wanted it to be visually striking, like a cabinet of curiosities, so that the person visiting it would want to discover more. We created special boxes and packaging so that you can look at the objects without touching them,” said Bialobos.

In the back of the building, around 100 outfits are stored in a temperature-controlled locker equipped with mobile shelves. Dior developed padded hangers and special slip covers to better protect the fragile creations.

Drawers house thousands of original documents, including Dior’s collection plans, which have been carefully repackaged. “The paper is as thin as cigarette paper,” Bialobos noted.

For its records, the house conducted interviews with scores of people who knew and worked with Dior, including Pierre Cardin, Jean-Louis Scherrer, Victoire Doutreleau and Jacqueline de Ribes, among others.

In parallel, the archive team has set about documenting every piece of Dior clothing held by museums, institutions and private collectors worldwide. Photographer Laziz Hamani is regularly dispatched to shoot outfits, and the information is then compiled on an index card for the archive’s rapidly growing database.

Hamani’s photographs also appear in the series of monographs, published by Assouline, dedicated to each of the house’s seven couturiers.

The Dior Héritage team is always on the hunt for new items to add to its collection. The facility recently acquired the photo archives of Willy Maywald, and Bialobos confessed to searching the Internet compulsively for missing or rare pieces.

Pfaff said vintage prices have ballooned as a result of fashion houses setting up increasingly sophisticated archives. Demand is further fueled by the aura of the brand and exhibitions, she added.

“I am sure the current exhibition in Paris will prompt more people to reach out to us with propositions,” she said. “We look at everything, and even if people don’t want to sell the clothes or documents, we are happy to take a picture to enrich our database.”

The archive director said that even after four decades, she is still learning on the job. “I have a vision, and opinion — I don’t know if I’m supposed to have an opinion, but let’s say a knowledge — of Mr. Dior that has evolved over time,” Pfaff said, noting that beneath his bourgeois exterior, Dior was a visionary.

“He once said it was better to be attacked on the front page than to be praised on the back page. What I have come to realize is that he was a marketing genius,” she said. “He was a fascinating man, and I am finding out more every day.”

Bialobos said the archive was part of the company’s mission to share its know-how and history, whether by helping smaller museums with restorations or inviting fashion students to attend an haute couture show. He hopes he has contributed in a small way to the posterity of the house.

“Above all, I hope that when I am no longer at Dior, there will be someone who does it with the same degree of passion,” he concluded.