Dior Milestone: Home Away From Home

Château de La Colle Noire, Christian Dior’s house in the south of France, was acquired by the house of Dior in 2013. 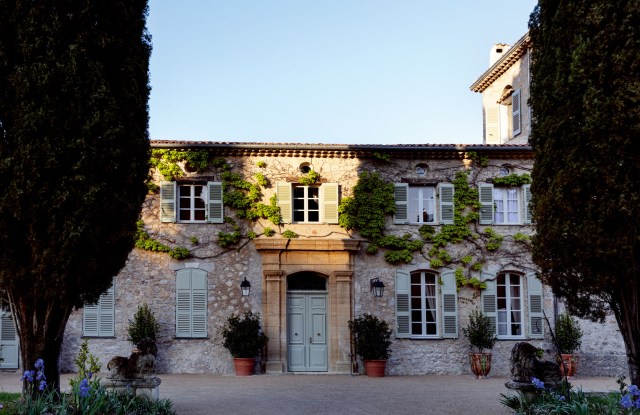 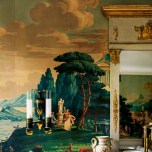 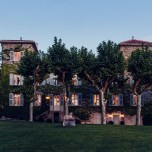 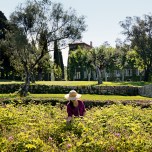 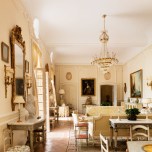 Dior in 2013 acquired the Château de La Colle Noire, Christian Dior’s home in the south of France, near Grasse.

“We’ve reinvested in Grasse because Dior loved this region a lot,” said Claude Martinez, president and chief executive officer of Parfums Christian Dior. “His family loved it, then when he had a bit of money, he bought the Château de La Colle Noire. He adored the light there. He adored the flowers. It was the house he chose himself.”

The building was restored, including a reconstitution of the interior neo-Provençal decor as Dior had designed it. No modernizing was allowed, according to Frédéric Bourdelier, brand culture and heritage director at Parfums Christian Dior.

“The goal was to give the illusion that Christian Dior had just left the room,” he continued. “And eventually to continue the work that wasn’t done by him.”

Dior himself discovered the area in his mid-30s, during the Occupation, ultimately buying the majestic nine-bedroom, 11,110-square-foot home in the Montauroux region in 1951. There, he entertained friends such as the artists Marc Chagall and Bernard Buffet.

Dior had begun restoring the chateau a few years before his death in 1957, while creating a domain around it spanning 50 hectares to produce large harvests of flowers — May rose, jasminum grandiflorum and lavender — among other plants such as olive trees and grape vines.

The house’s garden, with its thousands of flowers and long ornamental pool, gave a nod to his beloved garden at his childhood home in Granville, in Normandy, called Les Rhumbs.

“He transformed it into a real paradise,” Bourdelier said.

The late designer typically repaired to the south after fashion shows to work on his next collections.

A year before Dior purchased La Colle Noire, the company acquired at auction many of its founding designer’s objects that had been owned by his sister Catherine Dior.

“She had kept a lot of furniture, the desk, lamps, bric-a-brac, jewelry. So we bought it all,” said Bourdelier, who explained this was done at the behest of Bernard Arnault, chairman and ceo of LVMH Moët Hennessy Louis Vuitton, Dior’s owner. “There was even the guest book of the visitors to La Colle Noire.”

Rooms such as the Provencal salon, entrance hall, Dior’s office and the Egyptian room were transformed back to how they were in his time. But some hadn’t been decorated before his untimely death. The bishop’s room, for instance, has now been designed according to Dior’s stated wishes. He had wanted a pair of Louis XVI console tables with gilded mirrors, for instance. A major staircase was entirely rebuilt.

The project of La Colle Noire, according to Bourdelier, is a Proustian-type quest — in search of lost time.