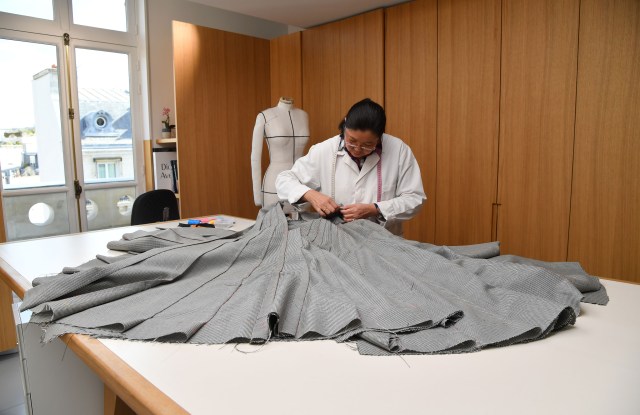 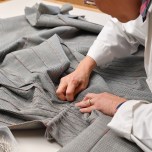 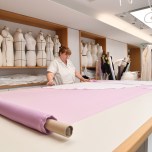 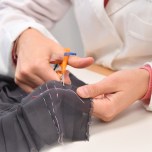 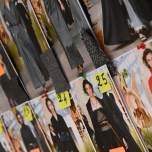 PARIS — “Passion and patience, as well as the ability to focus and always seek out the best solution.”

Those are the key personality traits for aspiring “petites mains,” as the couture seamstresses are known, looking to join the haute couture atelier of Christian Dior, according to its chief seamstress, or “première,” Florence Chehet. Not to mention buckets of sang-froid, with last-minute dramas, like embroideries arriving on the morning of the show, a regular occupational hazard.

“Sometimes even I am amazed that we’ve managed to complete a collection in time, but somehow we always do; one has to wonder if there isn’t a little team of elves working through the night,” said Chehet, who boasts 36 years of experience working in the ateliers of various leading Parisian couture houses.

Dior’s atelier flou and tailoring workshop — each staffed by around 30 petites mains, — today are split between the fifth and sixth stories of the brand’s flagship at the corner of Rue François-I-er and Avenue Montaigne, having recently doubled in size. (The ready-to-wear atelier now occupies an entire building on the nearby Rue Jean-Goujon.)

The couture workshops are located on what is known as the “étages nobles,” a French term used for the most important floors of a building, with the studio and atelier still both under one roof, just as Mr. Dior wanted. “All of the [petites mains] feel very proud to be here, just above the store of the Dior flagship — it’s pretty special,” said Chehet.

There’s nothing archaic about the ateliers since their redesign, however, with their wide white tables — designed to accommodate up to four seamstresses — and ultramodern bespoke wooden cabinets lining the walls. Overhead are rows of oblong, laboratory-bright lighting panels, a metal strip running down their center fitted with plugs neatly suspended on hooks. Rolls of fabric are stocked in glass cabinets near the entrance.

Dotted throughout are Stockman tailors’ dummies in a variety of forms (shaped to the measurements of the house’s couture clients), each of them tacked with garments in various stages of completion. The seamstresses work mainly in silence, each focused intently on the task at hand, be it chalking patterns onto felt, taking up the hem of a tulle gown in an all-over embroidery of constellations, or painstakingly ironing pleats into place.

“We have very few machines, almost everything is done by hand,” said Chehet, listing as the main tools of the trade “a pair of scissors, needle and thread and pins.”

The ateliers also receive regular orders for archival designs, and when it comes to know-how, it’s the veteran members of staff who sometimes hold the key to their construction, according to Chehet. The atelier’s oldest member, Nadine Brousse, who had worked at the house for 42 years, retired in February.

“Dior is all about the line and cut, and that comes with practice,” said Chehet, adding that they have plenty of demand from young talent looking to enter the trade, with seven apprentices currently working in the atelier.

The petites mains are also allowed to visit the company’s archives to familiarize themselves with the house codes, though it’s a constant learning curve. “We are always discovering new things. I went to the retrospective at Les Arts Décoratifs and saw garments I had never seen before. [Christian Dior’s] evening dresses were mesmerizing,” said Chehet.

Her main role is overseeing the production of the house’s two annual couture collections, which each take around two months to complete, but also client orders and celebrity dressing. She recently traveled to Australia, where she demonstrated the construction of a Bar coat in front of visitors to the Dior retrospective at the National Gallery of Victoria in Melbourne, offering a rare glimpse into atelier life.

Katie Somerville, the Melbourne Museum’s senior curator of fashion and textiles, said the event generated a great deal of response from the public “because it is something palpable and quite magical, I think, for people to see.”

“People really got a lot out of that, had a lot of questions, and I think they were really feted while they were here. They were signing people’s tickets and catalogues,” added Somerville. “The role of the atelier is generally something that is much more behind the scenes and less understood because of that, so I think that was something that people seemed to really, really love.”

Chehet was also captured in action in the 2014 documentary “Dior and I.”

On working with Maria Grazia Chiuri, Dior’s current artistic director of women’s haute couture, ready-to-wear and accessory collections, Chehet lauded the designer’s professionalism, saying: “You can sense that she has a lot of experience behind her, that she is familiar with every aspect of the atelier, which saves a lot of time.”

Among Chiuri’s signatures, she mentioned a special ultrafine boned corset developed for the designer to give a simpler, more feminine line to silhouettes. “With each change of designer, we adopt a new approach to the way we work the interior; she wanted her own base.”

In terms of process, it’s a group effort, according to Chehet, who each season gathers the information on the collection from the studio and presents it to her team, then “gets everyone going.” Chiuri’s sketches are first interpreted in muslin. Once approved, fabric versions are made and fittings are held practically each week with the designer through to the show. Each creation requires between 600 and 700 hours of work.

Most of Chiuri’s sketches come with archive photos of the silhouettes that inspired them, and it’s Chehet’s job to put two and two together and execute the modern interpretation of the look, though the designer’s sketches are technically laser-clear, she noted approvingly.

“What you see on the catwalk is exactly what is captured in the sketch,” said Chehet, flipping through a folder of illustrations by Chiuri of the fall haute couture collection. “That’s a hand-painted patchwork velvet coat, and this dress represents a map of the world; when you lay the skirt flat you see all of the continents marked out in feathers, applied by hand, one by one. Africa is yellow-beige, and the more north you go, the whiter it gets,” she marveled.

Each season, a handful of petites mains gets to attend the show, though as ever, they remain behind the scenes, as interpreters of the creative director’s vision. “We’ll be backstage, helping to prepare the looks for the runway,” said Chehet. “It’s a major moment for the team, as it marks the fruition of two months’ worth of work.”