A series of major exhibitions in Paris, Melbourne and Toronto have been timed to coincide with the house's 70th anniversary. 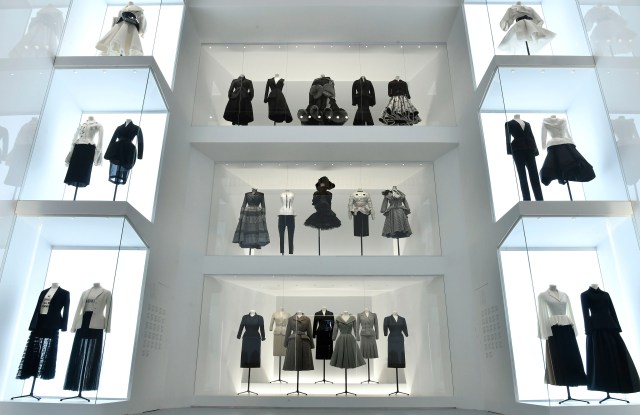 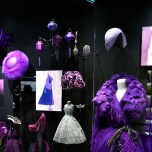 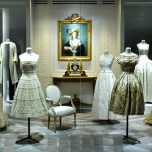 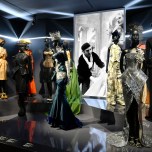 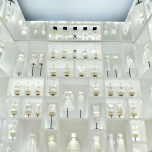 PARIS — You don’t need to be a VIP to join in celebrations of Dior’s 70th anniversary: A series of exhibitions worldwide is bringing a taste of the Paris fashion house to the masses, and museumgoers are lapping it up.

In Paris, more than 230,000 people have seen “Christian Dior: Designer of Dreams,” since it opened on July 5. Billed as the largest fashion exhibition ever hosted at Les Arts Décoratifs, it has attracted on average 4,000 visitors a day, compared with an initial forecast of 2,500.

“It’s clearly a record for us,” said Olivier Gabet, museum director at Les Arts Décoratifs. “People are coming to Paris to see the exhibition,” he added, comparing the phenomenon to the Alexander McQueen retrospective at the Victoria & Albert Museum in London in 2015.

“It shows that Christian Dior continues to fascinate a growing public, and it’s also proof that it’s possible to stage ever more sophisticated fashion exhibitions that act not just as a showcase for big brands or houses, but that really place their designs and founder within the context of the history of art and fashion,” he said.

“The public is very demanding in that respect, and another important aspect is that the press has been fairly unanimous in its praise, including those who sometimes tend to be more skeptical when it comes to this kind of exhibition,” noted Gabet, who curated the show with Florence Müller.

The retrospective, scheduled to run until Jan. 7, provides the most comprehensive overview to date of Christian Dior, his successors and the themes that inspired him. The museum’s last major exhibition dedicated to the house was held 30 years ago and focused exclusively on its founder.

The National Gallery of Victoria in Melbourne, Australia, has also seen a strong public response to its exhibition, “The House of Dior: Seventy Years of Haute Couture,” since it opened on Aug. 27.

“The café is full, the design store is full, there are queues to get in and people are talking about it, and that gives me, I suppose, a great sense of heart that we have presented something that’s really connecting,” said Katie Somerville, the NGV’s senior curator of fashion and textiles.

She noted that visitors have been flocking from across Australia and Asia.

“There was a lovely letter I received from a family. They were all physically normally located across three different states, and it was three generations: a grandmother, her two daughters and then a niece, who’d all converged for a weekend of Dior and high tea,” Somerville said.

Meanwhile, the Christian Dior Museum in Granville, France, has prolonged its exhibition, “Christian Dior and Granville,” until Jan. 7 due to high public demand. Initially due to end on Sept. 24, the display has drawn 44,000 visitors since April to the museum located in the designer’s childhood home in Normandy.

It explores the public and private sides of Dior, with rooms dedicated to his love of gastronomy, costume parties and the garden at Granville.

To cap off the year, “Christian Dior,” an exhibition focused on 10 years of the couturier’s designs, from 1947 to his untimely death in 1957, is scheduled to bow at the Royal Ontario Museum in Toronto on Nov. 25.

Designers including Rei Kawakubo, Azzedine Alaïa and Jean Paul Gaultier have taken in the Paris retrospective.

“This obviously reflects the completely exceptional status of this designer,” Gabet said. “This is really a social, historical and artistic phenomenon that speaks to Dior’s unique position in the pantheon of French houses. It’s noteworthy, as I tend to think there is a before and an after this type of exhibition.”

Spread more than 3,000 square meters, or more than 32,000 square feet, the show features more than 300 haute couture gowns, alongside hundreds of documents — including photographs, sketches, illustrations, letters and advertising — in a series of spectacular rooms designed by interior architect Nathalie Crinière.

Among the highlights is a ballroom inspired by the Hall of Mirrors at the Château de Versailles, featuring gowns including the pink dress in which Jennifer Lawrence famously tripped at the Oscars in 2014, and the navy silk slipdress that Princess Diana wore to the 1996 Met Gala.

The display comes on the heels of a series of Dior exhibitions in recent years in Beijing, Moscow, Shanghai and Seoul.

“This is the most ambitious to date,” said Sidney Toledano, chairman and chief executive officer of Christian Dior Couture. “For Paris, we had to push it to the limit and it’s beyond what we’ve done elsewhere on every level — in terms of the quantity of dresses and works of art. This is where it resonates the most.”

Guests at the opening night cocktail included celebrities such as Jennifer Lawrence, Robert Pattinson and Bella Hadid, but also Dior intimates like Tony Sandro, aka Jacques Benita, the designer’s last companion, who is seen in an archive image dining with Dior in the company of Salvador and Gala Dalí.

Meanwhile, former Dior house model Svetlana Lloyd hobnobbed with Nicole Kidman at the gala inaugurating the exhibition in Melbourne. A chartreuse dress from Galliano’s debut collection for Dior, which Kidman wore to the 1997 Oscars, is one of the star pieces on show.

Curated by Somerville and designed by NGV senior exhibition designer Peter King, the Australian display showcases more than 220 haute couture garments, toiles, sketches and photographs from 1947 through 2017, making it the biggest Dior retrospective ever staged in Australia.

Lloyd was one of seven models who traveled to Australia in 1957, weeks after Dior’s death, to present 83 looks from his final collection in a series of runway shows at department store chain David Jones and its rival Myer. She recounted the experience in a lecture at the museum.

Visitors also lapped up the opportunity to speak with two seamstresses from the Dior atelier, who were on site for the first week of the exhibition demonstrating the construction of a Bar jacket. “They were really feted while they were here. They were signing people’s tickets and catalogues,” Somerville recounted.

Among the curator’s favorite pieces are early designs by Dior that have proved a revelation for some.

“People have an idea of what Dior did and sometimes it’s more a version of a high-Fifties voluminous ballgown silhouette, but a lot of that early work was actually much more quietly and studiously about incredible tailoring,” she said. “It really speaks to the fact that he originally wanted to be an architect, and a lot of his approach to design is driven by this sense of really skillful construction.”

The show has also proved an opportunity to rediscover Bohan, who was creative director of the house from 1960 to 1989.

“Marc Bohan has been quite a cause for discussion and feedback, just because many people were not aware of him or his story, or indeed how long he was guiding the house of Dior,” said Somerville. “I think of him very much as the quiet achiever in the Dior story, but his contribution is remarkable.”

Meanwhile, there is already talk of the Paris exhibition traveling to other locations.

“It would have to be redesigned and adapted somewhat, mainly because I don’t think there are many locations that offer a 3,000-square-meter space like we do,” Gabet said. “In light of its format, and the historic aspect of this 70th anniversary, I think the context will never be quite the same.”