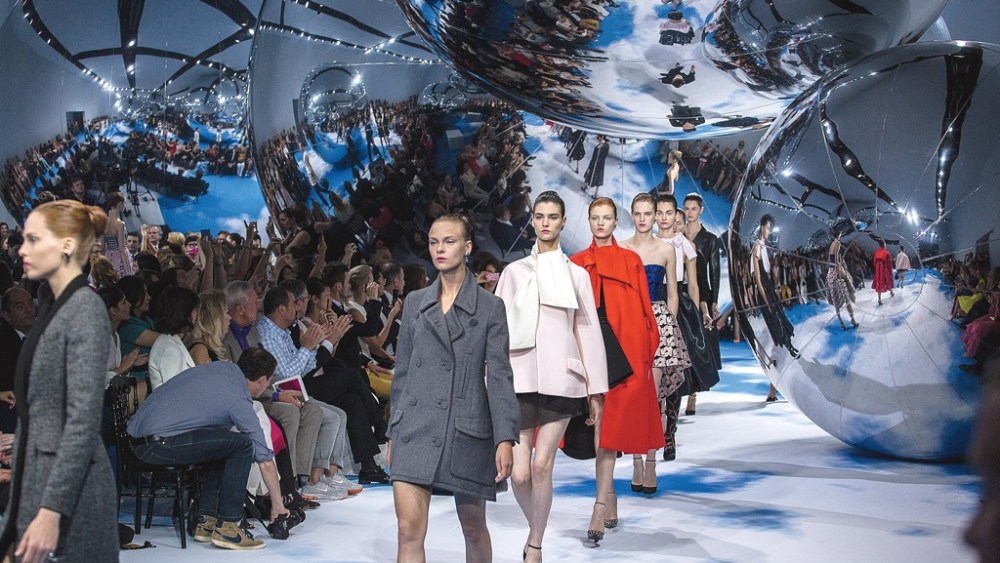 MOSCOW — Fifty-four years and almost exactly one month after the House of Dior made its first trip to the Soviet Union on June 10, 1959, the brand returned for a fashion show in Red Square in honor of the 120-year anniversary of the GUM retail center.

“This show was a very impressive way to start the celebration, and it’s just the beginning,” said Mikhail Kusnirovich, founder and president of Bosco di Ciliegi, the Russian retail giant that owns GUM. “We’re honored to have the first show on Red Square with Dior as a partner.”

Sidney Toledano, chief executive officer of Christian Dior, has known Kusnirovich since the brand opened its first perfume and cosmetics counter in GUM in 1994.

“We used to see him from time to time, and when Kusnirovich took control of GUM we had very close contact. We decided to move with him, first with Dior and then with Vuitton and develop GUM. And the mall became what it is today. He had a vision already that the market would develop, and it’s been fantastic,” Toledano said of their partnership.

“Dior has been a unique brand for years. Even with GUM, we were the first, and then came other brands. And we just opened in Almaty, about a month ago, and are doing very well. And in Kiev before that. In GUM, we had to move to get more space [in 2012] because we were doing extremely well. Growing in terms of space is a global problem we have worldwide for our VIP clients. VIP rooms and more space for the ready-to-wear, because the collection by Raf Simons is doing extremely well,” Toledano said.

“What has been amazing in Raf’s collection is that we were looking for something more modern and younger, but the existing clients, wherever they were, in the Middle East, in Russia, they all adapted. Because women, you know, they want to be younger anyway.”

The silk and organza of the fall collection, which is already in stores, played off the reflective surface of the mirrored cube in the center of Red Square.

“I think this is a very good collection to show to the Russian clients, because this is an event about clients,” Toledano said.

After the show, Alla Verber, vice president of Mercury, which owns luxury department store TSUM, said, “This is a wonderful event. I loved the clothes before, and here I especially loved the leather and the silks.”

Russian designer and “It” girl Vika Gazinskaya pointed to the historic significance of such an event. “Red Square is such a historic place for our people. This is where the intrigues of Ivan the Terrible and the Victory Day parades that still take place today on May 9 happen. And the fact that they allowed Christian Dior — a brand that in the Soviet times was always sort of mythical and unattainable — to put on their show here is kind of like a fairy tale. It’s beautiful.…It’s definitely a moment that will go down in history. This was more than just a fashion show.”