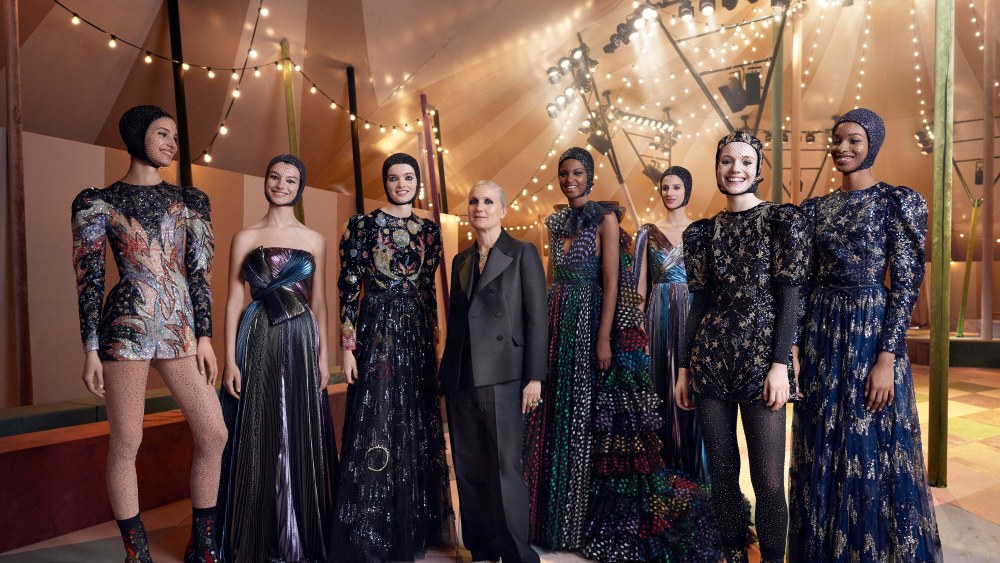 PARIS — Dior on Monday reprised its circus-themed spring haute couture show in Dubai as it seeks to reinforce its ties with Middle Eastern customers with special initiatives, including the launch of a gold-themed capsule collection featuring brand icons such as the Lady Dior and Saddle bags.

Egyptian actress and singer Yousra and Saudi Arabian singer Aseel Omran were among the guests who gathered in a big top in the city’s verdant Safa Park for the show, which was slightly tweaked for the local audience. Instead of the all-female Mimbre troop that performed in Paris in January, guests were entertained by fire acrobats and performers perched on balls and unicycles.

Dubai is the sixth most-visited city in the world, with 15.9 million overnight visitors in 2018, up from 15.8 million in 2017, according to Dubai’s Department of Tourism. Construction is booming as it prepares to host a World Expo in 2020.

It remains the top-ranking destination city based on overnight visitor spend, with visitors spending a whopping $537 a day on average in 2017, compared with $301 in Paris and $153 in London, Mastercard’s most recent Global Destination Cities Index revealed.

But the Gulf region has seen an economic slowdown due to falling oil prices. Employment in Dubai’s non-oil private sector, as measured by the Emirates NBD Dubai Economy Tracker Index, has fallen to its lowest level since the series began in 2010.

Pietro Beccari, chief executive officer of Dior, said the house was stepping up its efforts in the Middle East, where it has 16 stores, including a boutique that opened last year in the Dubai Mall’s Fashion Avenue extension.

“While the house has always maintained a special relationship with clients from this region, it’s been a long time since we’ve organized an event of this magnitude,” he told WWD via e-mail ahead of the event.

“These treasured ties have evolved, and recently have been bolstered by exclusive new releases. The past few months in Dubai have been particularly dynamic,” Beccari added, pointing to recent pop-up stores and events allowing customers to personalize Dior Book Totes and Walk ‘n’ Dior sneakers.

To coincide with the show, the French fashion house released the Dior Or capsule line exclusively in its boutiques in Dubai, to be followed by a wider launch throughout the Middle East on April 18. The collection includes gold-finished versions of key handbag styles and looks from the fall ready-to-wear collection.

“Gold, a Dior code from the outset, has been further magnified in window displays at the Dubai Mall, which were designed especially for this event. The strong ties between Dior and the Middle East are being reinvented and enriched more than ever,” Beccari said.

The brand also has two stores, one for women and one for men, in the Mall of the Emirates, in addition to a Baby Dior store in Dubai Mall. Its other stores in the region are located in Abu Dhabi, United Arab Emirates; Manama, Bahrain; Kuwait City, Kuwait; Doha, Qatar; Jeddah and Riyadh, Saudi Arabia.