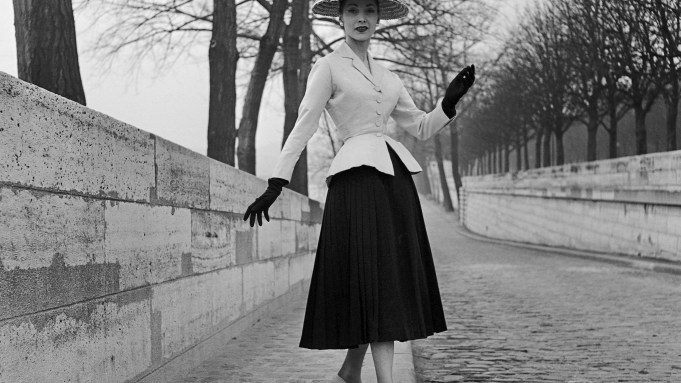 Showcasing 140 couture garments spanning 1947 until the present day and exclusive to the NGV, “The House of Dior: Seventy Years of Haute Couture” will run from Aug. 27 through Nov. 7, 2017 at the Melbourne museum.

Although Dior declined to confirm or deny that other similar exhibitions are in the pipeline for 2017, NGV senior curator fashion and textiles Katie Somerville said she understands the Melbourne show is one of three retrospectives that Dior has in development for its 70th anniversary year, with a Paris show at the Louvre and another in New York yet to be announced. A Dior spokeswoman later clarified that Dior is not planning anniversary events for New York or the Louvre, although she said plans for Paris remain up in the air.

“Doing a major project focussing on Dior has been on the wishlist for many, many years” said Somerville, who worked closely with the head of Christian Dior Archive Soizic Pfaff and her team during multiple visits to the company’s Paris headquarters over the past three years in sourcing and researching key works for the exhibition. “To be invited and encouraged to create a major exhibition as part of the very significant celebrations that they wanted to be party to was the ultimate sort of lining up of the stars really, in a curatorial sense.”

The exhibition will also include gowns from the NGV’s own 12,000-strong fashion and textile archive, which includes around 30 Dior garments, as well as pieces on international loan, accessories, sketches, photographs and a dedicated space replicating the look and feel of Dior’s couture ateliers.

“It is a great pleasure and honor for the House of Dior to be celebrating its anniversary next year in Melbourne,” said Christian Dior chief executive officer Sidney Toledano.  “It focuses on all of the founder’s major themes and inspirations from which the Dior codes and universe originate: the silhouette, the flowers, the opulence, the New Look…. This will be Dior as if one has been transported to the world of 30 Avenue Montaigne, experiencing the mansion from the ateliers to the salons.”

The show will also celebrate Dior’s long links to Australia, which include Dior’s friendship with the late publicist Percy Savage, an Australian expatriate who spent many years in Paris and for whom Dior’s 1966 men’s fragrance Eau Sauvage is said to have been named.

On July 15 1948, in what was considered Dior’s first major presentation outside Paris, 50 looks from the Spring 1948 collection were shown at the Sydney flagship of Australian department store chain David Jones.

“The bonds uniting us for the past seventy years run deep and strong, testament to a mutual admiration” said Toledano. “Christian Dior, who gave each of his designs names, baptized some ‘Melbourne’ or ‘Sydney’ and we have lost count of the number of looks called ‘Australie’.”