According to industry sources, the French fashion house is close to a contract with the acclaimed Belgian designer to become its next couturier. 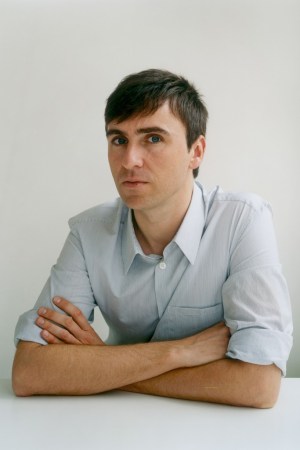 PARIS — From Marc to Raf?

Now that Marc Jacobs appears to be out of the picture at Christian Dior, industry sources said the French fashion house is closing in on a contract with acclaimed Belgian designer Raf Simons to become its next couturier.

A deal with Simons, 43, has yet to be concluded, and sources cautioned that several key details must be worked out. Chief among them would be a start date, given that Simons, creative director at Jil Sander since 2005, would have to unravel his contract with that Milan-based house, which is understood to have been extended recently for an unknown duration.

What’s more, given the rapid cycle of collections at a big couture house, it’s unlikely any newly installed designer would be able to produce a collection in time for Paris Fashion Week in March, let alone the couture in January.

Dior’s design studio, headed by Bill Gaytten, has been producing couture and ready-to-wear collections since last March, when Dior ousted its longtime designer John Galliano in the wake of his racist and anti-Semitic outbursts at a Paris cafe.

Dior officials could not be reached for comment on Monday.

Should Dior secure Simons, it would mark the latest step up in an impressive career for the men’s wear maverick, who added women’s wear to his design repertoire only when he arrived at Sander.

It would also suggest Dior management is prepared to nudge the storied fashion house in a more modernist direction, given Simons’ predilection for minimalism and futurism.

Galliano, who brought spectacular showmanship and epic, romantic inspirations to Dior during his 15-year tenure, had recently been devoted to more ladylike dressing, turning out collections inspired by the founder’s earlier work and focusing on iconic styles such as its “bar” jacket and grand eveningwear. Dior presented his first collection in 1947.

Simons, too, has recently shown a fascination with midcentury couture, incorporating ballgowns — and even bridalwear — into recent collections, winning him rave reviews from fashion critics.

Simons has been on the radar of LVMH Moët Hennessy Louis Vuitton, sister company of Dior, for some time. When Michael Kors wrapped up his stint as the designer of LVMH’s Celine house back in 2004, Simons was among candidates that advisers of luxury titan Bernard Arnault had been touting.

In recent years, Simons’ fashion star has continued to rise given a string of hit women’s shows for Sander. His spring-summer 2012 collection reimagined ideas from the Fifties into hyper-chic fashions for today.

According to sources, Simons had also been approached by Yves Saint Laurent, which has yet to indicate if it will extend its relationship with Stefano Pilati, who succeeded Tom Ford as the house’s chief designer in 2004. Pilati’s latest contract is due to expire in March.

Born in Neerpelt, Belgium, Simons moved to Genk and obtained a degree in industrial and furniture design in 1991. He segued from furniture into fashion and launched a youth-oriented, street-inspired collection of men’s wear in 1995.

He started showing it in Paris two years later, and quickly caused a sensation with his skinny tailoring, street casting, and such imposing runway venues such as La Grande Arche de la Défense.

A designer with an intellectual bent, Simons is also an enthusiastic fan of contemporary art — echoing Dior’s earlier background as an art dealer.

At Sander, he has elaborated on the German brand’s esthetic, adding dresses and eveningwear to its signature tailoring. “I knew in the long run I couldn’t only think about minimalism and purism,” he said in a 2008 interview.

For his spring 2011 collection, he invoked the grandeur of couture and the extravagant style of Elisabeth of Bavaria, the iconic royal, a riposte to other designers who had muscled in on minimalism. “It almost challenged me to the opposite, to do the idea of maximalism,” he told WWD at the time.

Simons emerged as the new front-runner to succeed Galliano after talks to move Marc Jacobs over from Louis Vuitton came to a halt last month.

It is understood Dior has considered a wide swath of potential candidates, from young to mature talents, long insisting it would take all the time it needs to find a designer strongly matched to Dior’s DNA and ambitions.