The collection was originally meant to be unveiled in Lecce on May 9.

PARIS — Dior said it plans to go ahead with what promises to be a spectacular cruise show to be staged on July 22 in the center of Lecce, the southern city known as the capital of Italian Baroque architecture — but without any guests in attendance.

Comparing the show to “a beautiful movie,” Beccari said the event would mobilize more than 1,000 participants including weavers, artists, musicians, filmmakers, carpenters and electricians, not to mention models, photographers, hairstylists, makeup artists and event producers.

“It will be without an audience and in respect of all the sanitary rules in effect in Italy,” the executive said.

“Luxury is emotions, and when it comes to fashion, nothing carries the emotion of a real fashion show, a live performance where artists perform without the safety net,” he added, saying the pressure of the deadline contributes to “the electricity that we feel in that moment.”

Chiuri, who started working on the collection before the lockdown grounded her in Italy, described it as her most personal yet.

“This project is very close to my heart because my father was born in Puglia. And in some way I want to dedicate this show to him because he taught me to believe in myself, also in difficult times, and to believe in the future,” she said.

The display, one of the cruise season’s big itinerant shows, had been originally scheduled for May 9, but was scuttled in the wake of the coronavirus pandemic. Chanel, which was to unveil its cruise collection in Capri on May 7, opted for an online film presentation on June 8.

The Dior cruise show will therefore provide the first real test of whether the thrill of a live fashion show can translate to the digital realm — not counting Giorgio Armani’s fall 2020 display, staged behind closed doors in February before the lockdown was imposed, albeit in his usual Milan venue.

“Mr. Dior founded his house after a war. He had the courage and the optimism to do that, and to launch the New Look in 1947. This is our DNA and I think it’s particularly emblematic that it’s Dior standing up and ringing a bell for the fashion world in this particular moment,” Beccari said.

He described the effort as a gesture of support not only toward Dior’s long chain of suppliers, which range from large manufacturers to family-owned workshops, but also toward Italy, one of the countries most deeply affected by the COVID-19 outbreak.

“We would like with this to send a message together of support, of hope, of optimism and finally for some people of rebirth — and the word is not too big — after this period of difficulty,” he said. “Many of them didn’t know and still do not know how to survive. We wanted to give them a reason to have hope, a reason to restart.”

Responding to written questions from the 600 people registered for the live press event, the ceo said Dior would continue to show during Paris Fashion Week, resuming in September.

“We think that there will be always a place in fashion for live fashion shows,” he said. “In September, for example, in Paris, we hope to be able at least to have some audience, if not a full room.”

Europe’s big fashion houses have slowly been revealing their plans for presenting future collections in the wake of the COVID-19 pandemic, which scuttled couture and men’s fashion weeks this summer and put question marks over the September calendar.

Gucci, Saint Laurent and Michael Kors have indicated they will not take part in Milan, Paris or New York fashion weeks, respectively, while Burberry revealed on Monday it would stage an outdoor presentation on Sept. 17 and broadcast it online. Fendi plans kick off Milan Fashion Week on Sept. 22 with a show at its headquarters in Rome with guests and a digital element.

Beccari said Dior would be the first luxury house to stage a major event in China since its lockdown measures were lifted. As WWD was the first to report, Dior will bring its blockbuster exhibition, “Christian Dior: Designer of Dreams,” to Shanghai’s Long Museum West Bund from July 28 to Oct. 4.

“We take pride with the team to be the very first ones to do something of this size in a country, which was badly hit by a pandemic not later than February this year,” he said.

In addition, Dior will launch 19 pop-ups across China on July 23 for its Dioramour collection, ahead of Chinese Valentine’s Day, Beccari added.

“I see people and I feel people with a lot of [desire] to restart doing the things that they were doing before,” he noted. “Our basic role is to convey a message of optimism and hope and of looking forward to something rewarding.”

Chiuri provided a taste of the cruise collection with a video segment exalting the local landscape and showing craftspeople rendering the region’s natural motifs into clothing and table wares.

She said the starting point of the line was the book “Magic: A Theory From the South,” a 1959 study of ceremonial magic and witchcraft in southern Italy by anthropologist and historian of religions Ernesto de Martino.

Citing the values of “community, inclusivity and craftsmanship,” the designer reeled off a list of people who collaborated on the collection. The set, designed with artist Marinella Senatore, will feature the light displays known as luminarie, while the soundtrack will include the local tarantella folk dance. 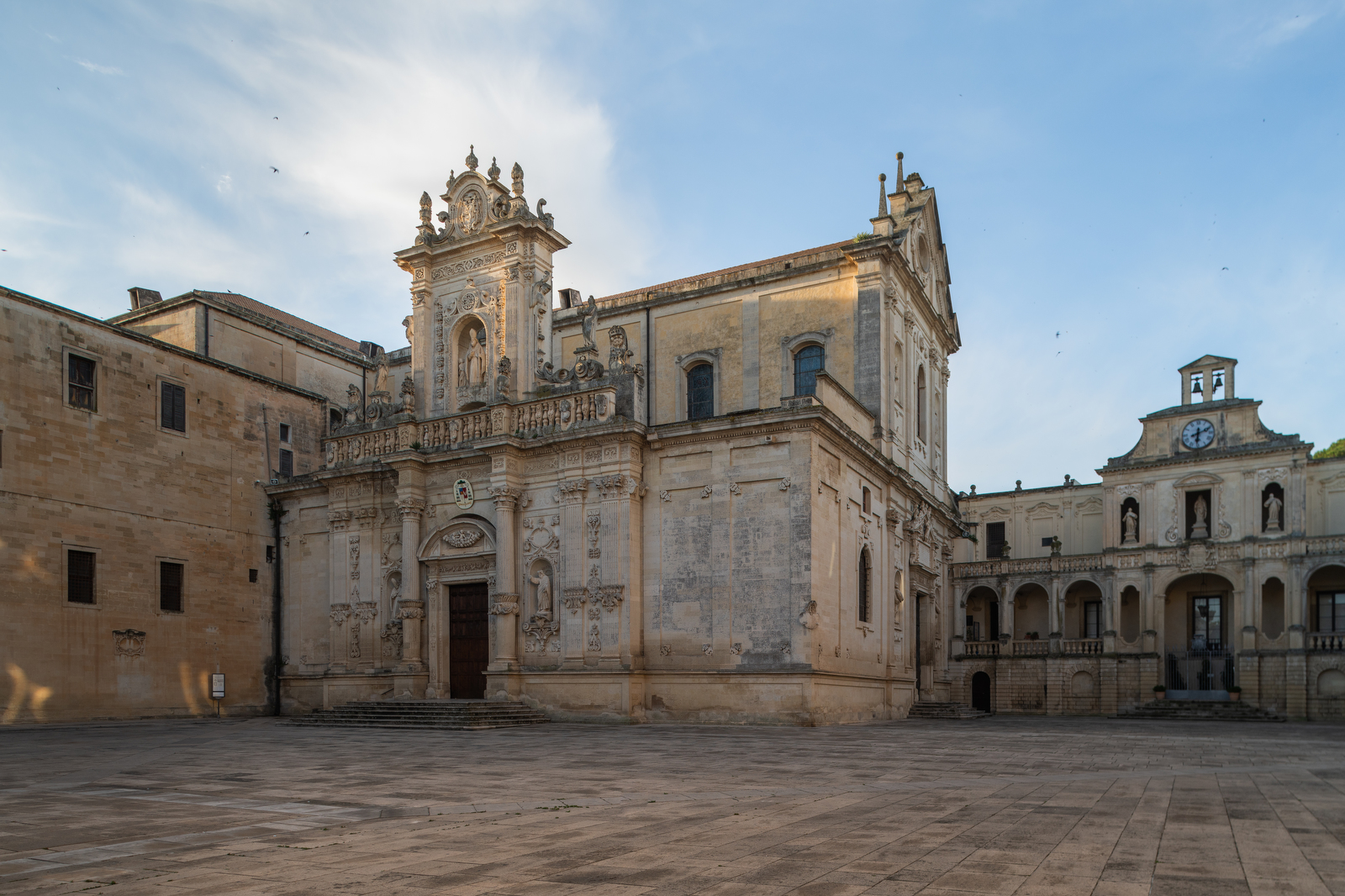 The Italian town of Lecce.  Courtesy of Dior

Italian artist Pietro Ruffo, a frequent collaborator, has given the brand’s signature botanical drawings a more rustic spin, while local seamstresses have embroidered outfits using the traditional tombolo technique. “It’s a work of rare beauty and fragility. More than just embroidery, I would say it’s a work of art,” Chiuri enthused.

Dior has also tapped Le Costantine, a foundation that preserves ancient weaving techniques, to produce some of the clothes. Under the motto “Singing and Loving,” its weaving studio creates fabrics with traditional wooden looms.

“My favorite part was the dialogue with all these artisans because I love this part of the job. I really love craftsmanship, that is my passion, and to work with them is so creative,” said Chiuri, who hopes to preserve these crafts for future generations. “I want to send a strong message to the young generations that live in places where there is less opportunity that also they can do something with what they have.”

Beccari said the collection, which will land in stores in late October, has already been sold to the brand’s in-house buyers and will be shown to wholesale retailers via a digital showroom.

“This collection…is a sort of miracle for the conditions in which it was prepared, but also for the strong sense of solidarity,” he said. “This positive energy can be felt inside the collection.”

Chiuri said she had to adapt to working online with her teams in Paris and the Italian artisans. “It was a completely different way to work. We were far but at the same time all together,” she said.

Much like the audience that will tune in on July 22.