The creative director of Dior Homme prefers "spring" and "autumn." 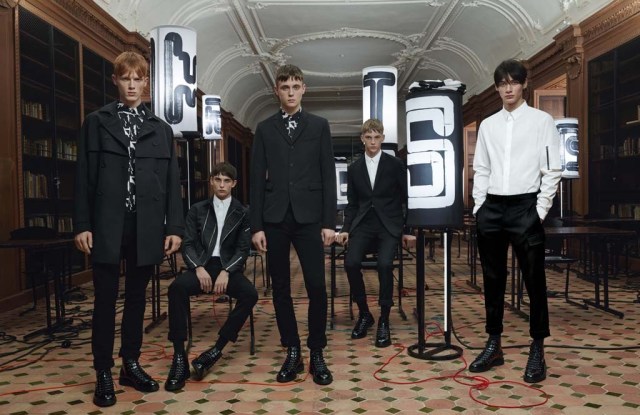 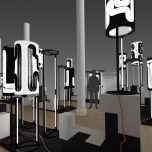 Kris Van Assche thinks the term “pre-collection” should be stricken from the fashion vocabulary.

The creative director of Dior Homme spends as much time and energy creating these pre-season offerings as his traditional spring and fall collections and has come up with an innovative way to showcase them. Next week, Van Assche will be in New York to present his “autumn” collection with a special installation at the company’s men’s store in SoHo.

“We need to stop calling them pre-collections,” he said. “They started out as in-between collections, but they’re now creative, independent collections with a real story to tell.”

Van Assche tested the waters last year with an installation for his spring 2014 collection in Omotesando, Tokyo. While the reaction was good, the merchandise was not actually offered for sale. In New York, however, customers will be able to shop from the autumn line for the first time. Pamela Baxter, president of the U.S. division of Christian Dior, said highlighting these pre-collections also presents the chance to increase sales. “The Dior Homme client is a fashion guy, loves to be first and wants to see the collection before anyone else,” she said. “So to have this opportunity is an amazing business opportunity, not only for our existing guy but to recruit new customers, too.”

Selling the collection at the New York event, scheduled for April 24 at the Greene Street boutique, “makes perfect sense,” she continued. “Our customers want instant gratification, so they can come in, try it on and buy it. It builds excitement for our existing clients and our in-store people are already booking appointments. It will have a big impact.”

Van Assche said he racked his brain for the best way to properly present the collection. “It’s like a news story,” he said. “But we don’t want to tell it on the catwalk. So we had to figure out a new way.”

He solicited the Paris-based design duo M/M — Mathias Augustyniak and Michael Amzalag, whose firm has collaborated with musicians such as Madonna and Kanye West and designers including Nicolas Ghesquière, Yohji Yamamoto and Jil Sander — as “artistic directors” to tell his story for the season.

He said the process began with him telling M/M his inspiration and “the character I have in mind. They came up with the idea of a shoot and developed it into a 3-D reality as an installation.” He said the installation, which will remain in place until May 31, will “relate the story of the collection and bring it to life.”

One of Van Assche’s inspirations for winter — shown in Paris in January — was to move away from uniforms for men and focus on individual character. “But this collection is about groups of people,” he said, adding that it has an “art-studio-meets-artist feeling” and a “very urban vibe.” As a result, it made sense to unveil it in New York City. “We thought SoHo would have the right feel,” he said.

The company commissioned a special catalogue, shot by photographer Karim Sadli, and M/M “added imagery” to bring Van Assche’s inspiration to life. “They’re redefining what could be the alphabet,” the designer said. “It’s supposed to make you think. It’s an interesting and different way to present a collection. It’s a fashion statement.”

Van Assche, who will be in New York to host the in-store event, admitted that doing an installation in a store is “a scary situation. It puts me in the middle of the store — literally — which is different than being backstage at a huge fashion show.” Nevertheless, to properly present the line, he believes installations such as this are of paramount importance. “In Japan, people were very excited,” he said, and he’s expecting a similar reaction in New York.

Going forward, he plans to continue to showcase the spring and autumn lines this way. “It will always be about doing visual installations in different cities around the world,” he said. “It allows us to have intimate client contact.”

The men’s collection has gained momentum since Van Assche joined the brand as creative director in 2007. “Our Dior Homme business has been very strong,” Baxter said. “Traditionally, it was more sporty and we were selling sneakers and casual shoes, but over the past 18 months, we’ve seen a huge increase in our tailored business — the business has doubled.”

She said adding the demi-mesure service to the 57th Street store in New York City has been “a big draw” and the company has also experienced a “significant increase in the bag business” over the past six months. “That’s always been popular in Asia, but it’s a growing trend in the U.S., too, with guys looking for super high-end bags.”

As a result of the strength of the men’s business, Baxter said the company will continue to expand the category. “We just remodeled our Waikiki women’s shop and we’re adding a separate Dior Homme men’s store with its own entrance,” she said. That is expected to open shortly. On May 30, a flagship in Chengdu in China will open and feature side-by-side men’s and women’s stores. Men’s will also be included in the store opening at the end of this year or beginning of next year in Vancouver, the company’s first Canadian unit.

On Friday, the company will hold a fashion show in Shanghai to unveil its winter collection to Chinese customers. The company held a similar event in the city last year to highlight its men’s offering.

“Men’s is alive and doing well,” Baxter said. “Kris has hit his stride and has a very strong following with a high retention rate and loyal clients. He has been great for the brand.”