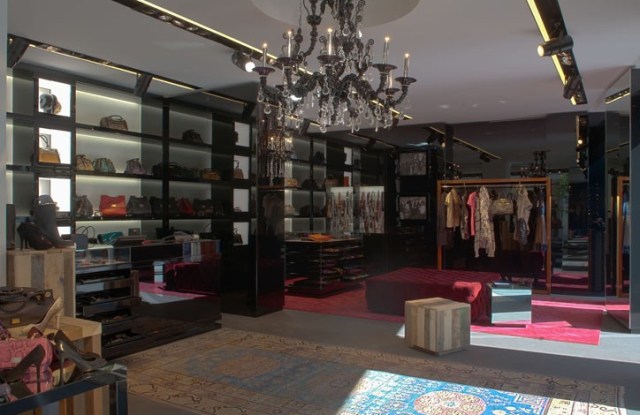 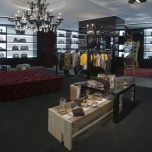 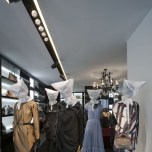 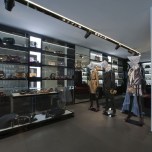 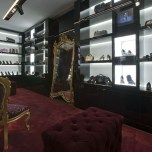 This story first appeared in the September 22, 2010 issue of WWD. Subscribe Today.

With their new Dolce & Gabbana/Via Spiga 2 accessories-only store here, the designers are adding another string to their bow, since the store carries not only their own collection, but also the lines of young, emerging designers. The brands on offer include Sophie Theallet, Yigal Azrouël, Elisa Palomino, Fausto Puglisi, Behnaz Sarafpour and Heather Williams, with Dolce and Gabbana doing the buying. The collections are not offered on consignment.

“We are challenging ourselves with this project,” Gabbana told WWD.

The store also offers the young designers a high-profile seal of approval as they build their brands. Gabbana recalled how “we turned quite nostalgic, remembering our own early days in the business,” when, 25 years ago, fashion veteran Beppe Modenese invited the duo to show during Milano Collezioni. “We were given a chance,” he said. “We are no longer young but not really old yet, and we feel now it’s our turn to help.

Talent searches are excellent, but we want to venture further along the fashion chain.”

But Dolce and Gabbana are savvy businessmen and know this type of store will draw new customers and shake the industry’s status quo. “The boutique offers these young designers more visibility, but this is also a business,” Gabbana noted, shying away from being called a patron of fashion.

“We don’t think we are the only designers in the world and not necessarily the best ones — there are plenty of valid designers out there,” continued Gabbana.

As for opening at a time when fashion retailing is still recovering from the recession, he said it’s “better to invest during a crisis” to stimulate customers with new brands.

Gabbana related that he and Dolce had been mulling such a retail concept for years and when the time came to restructure their accessories store at the end of July, they felt the space would be appropriate for the purpose. Spiga 2 opened on Sept. 18. An event is planned for Sept. 24 during Milan Fashion Week with some of the designers whose labels are carried at the store.

The upper level is dedicated to the young designers’ collections, each of which has its own stand-alone corner. The lines are also displayed prominently throughout the boutique — highlighted in the windows and on mannequins and shown alongside Dolce & Gabbana’s own accessories on the ground floor. Gabbana said he and Dolce wanted the store to be a “warm, welcoming space, simpler, still luxury but friendlier.” Upstairs, white walls replace the original black ones and there is a new lounge. Several chairs, tables and velvet poufs are an invitation to relax in the store. “We want it to be very social,” said Gabbana, adding that DJs are scheduled to make appearances at select times. Contrasting materials, such as recovered wood or mirrored surfaces, are also strong elements. Wi-Fi is available throughout the store and iPads are displayed on tables. “It’s sort of an ‘officina’ [‘workshop’ in Italian],” claimed Gabbana. “It’s not an alternative store, but one where other styles can be expressed.”

Gabbana said he and Dolce personally selected the designers and when they were first contacted, a few “thought it was a joke.” In some cases, several designers were friends of the duo, such as Fausto Puglisi, who met Dolce at the 2001 Grammy Awards. Whitney Houston and Madonna, among others, have helped Puglisi garner attention, and his handmade crochet pieces have caught the eye of retailers such as Jeffrey Kalinsky and Joyce Ma. But, as the designer himself puts it, “distribution is almost nonexistent” now.

Enter Dolce and Gabbana, who have been “always supportive. Dolce is almost a big brother to me,” said the Milan-based Puglisi, who also lists a collaboration with Donatella Versace as an important relationship. Puglisi said Dolce and Gabbana are both “very professional, but also very open,” as he was asked to select for the store some pieces that would be representative of his style. Retail prices for a T-shirt dress range from 300 euros, or $391 at current exchange, while a fur coat or handmade embroidered dress sells for 4,000 euros, or $5,218.

“I think it’s very generous to take on new designers and I’m very grateful,” said Theallet. The French designer, who shows in New York and launched her collection three years ago, said, “It’s really important to have a place in Italy and I’ve been told some of my pieces have already been sold.”

Similarly to Puglisi, Theallet has a “tiny distribution,” and said she was “hopeful this is the beginning of a long relationship. I have great admiration for their style and I love the way they run their business,” she said of the designing duo.

Gabbana said there are no guidelines in terms of choosing the designers, an international group hailing from countries ranging from Australia to Hungary and Turkey — a mix that is expected to constantly evolve.

“People are always complaining that Milan is not international enough,” said Gabbana, who hopes to fix this.

As for how they selected the designers to carry, he said, “It’s a very personal choice, based on our own tastes — they are very different from one another.

“We like fashion and this is a fashion store,” Gabbana continued. “We are very excited about this project, we love it.”

Having said that, there are no plans to open more units like this. The store will most likely be limited to Milan. “We don’t plan to replicate it, we like for it to be something you can find only here,” said Gabbana.