The men’s line, comprising 52 models, will be available at select boutiques starting June 18. 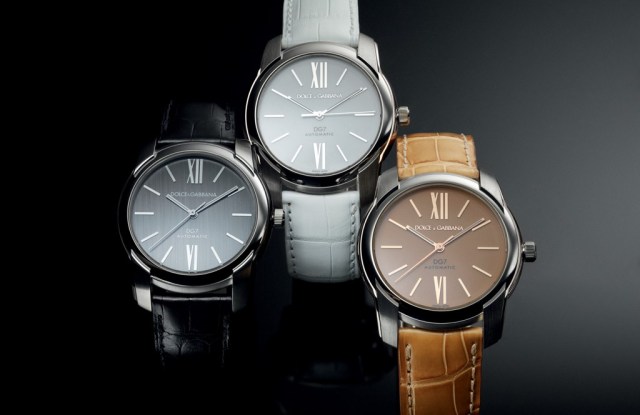 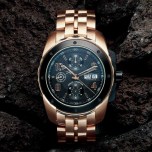 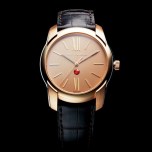 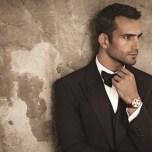 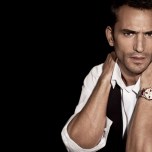 MILAN — Dolce & Gabbana is launching its first watch collection, positioned in the luxury range. The men’s line, comprising 52 models, will be available at select Dolce & Gabbana boutiques starting June 18, with a total of 30 venues by the end of the year.

“It’s interesting to offer products that one must look for, special things that are difficult to find,” said Stefano Gabbana of the highly selective distribution.

The collection of timepieces, which are Swiss made and designed in-house, includes three product lines: the more classic DG7, with bracelets featuring the traditional Fifties mesh Milano chain; the sports-inspired DS5, with COSC-certified chronometers and chronographs that have passed accuracy and precision tests by the Official Swiss Chronometer Testing Institute, and the DG7 Gems, whose dials are embellished with diamonds, rubies, sapphires or emeralds.

Domenico Dolce took pains to underscore that the watches, even the richest ones, are “never too flashy,” as the goal was for the line to be “tasteful and unpretentious.”

Of note is a physical vapor deposition system that integrally colors the gold of cases and bracelets. The watches feature mechanisms from ETA, the Swatch Group subsidiary that supplies watch movements to most of the industry.

The watches retail for upward of 2,000 euros, or $2,513 at current exchange. “Of course, the price of a watch with a bracelet made of alligator skin or studded with jewels will spike significantly,” said Gabbana.

Dolce compared this launch with the unveiling of the brand’s jewelry pieces in fall 2011, as both represented a style evolution. “We didn’t wonder whether this was the right moment, we just felt the moment had come, just as we did with our jewels,” Dolce remarked.

Dolce & Gabbana’s timepieces are also steeped in Italian tradition, as is the jewelry line, with its precious charms and black jade rosaries. “A man cannot not have a watch, it’s part of a man’s style, it’s one of the few accessories that he can wear, and it was a category that was missing for us,” said Gabbana. The designer said Dolce “loves watches and their mechanisms and he likes to keep informed on all the latest news and developments.”

Gabbana, on the other hand, is more interested in functionality and fashion aesthetics. “I’ve never been a fanatic; a watch is more of an accessory, like a bracelet, and I need it to know what time it is,” said Gabbana, who has been wearing a DG7 prototype for the past six months.

Asked for reasons for opting for a men’s line, Dolce said: “We like women with men’s watches, watches are not categorized by a specific gender, perhaps size is more of a differentiating element.”

The designers compared the three watch categories to the brand’s three The One fragrances — Sport and Gentleman, in addition to the classic original scent. In June, the company will launch an international dedicated ad campaign with three different models to embody the diverse personalities associated with each watch. The images, taken by Mariano Vivanco will feature David Gandy for DG7; Adam Senn, who also stars in The One Sport ads, for the sporty DS5, and Enrique Palacios for DG7 Gems.