Dolce & Gabbana will launch a new men’s fragrance, The One Gentleman, as part of the company's anniversary celebration. 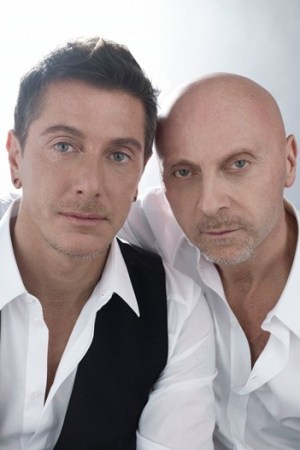 MILAN — Stefano Gabbana may have the Internet chattering over his tweeted photos of ducks mysteriously spotted in the garden of Dolce & Gabbana’s Milanese atelier, but this is one company that’s had its ducks in a row for a long time.

The brand is preparing to celebrate the 20th anniversary of its men’s wear line in June, and as part of that will launch a new men’s fragrance, The One Gentleman, this fall. The fragrance will build on Dolce & Gabbana’s successful scent portfolio under license to Procter & Gamble Prestige Products, and industry sources estimate it could do $100 million at retail globally in the first year.

Talking about what makes a gentleman, fashion, life and more, Gabbana was seated last week in his private office — housed behind a nondescript facade and the rich Baroque haven filled with Madonna memorabilia, art and heaving bookshelves, which could well fit the stereotype of a gentleman’s home. But it’s a scene Gabbana is quick to point out isn’t always what it seems.

“I think today’s definition of a gentleman is someone who takes care of himself and of the people around him. A father who looks after his children is a gentleman,” he said. “It’s a much wider concept, not only restricted to a man who lives in a villa with servants. I think a surfer can be a gentleman, too.”

While the scent may represent a luxurious, elegant and refined image, the brand is designed to mix that with a newfound simplicity. “When we talk about the words luxury and limited edition, it’s really all about living well. What I personally like right now is simplicity, and, for this reason, the bottle, the communication, the fragrance are simple,” said Gabbana, referring to the scent’s sleek gunmetal cap, clean contours and gray-blue juice.

The One Gentleman is the latest product from the designers under their licensing deal with the P&G Prestige Products arm, which was signed in December 2005. Luigi Feola, vice president of P&G Prestige Products, confirmed Dolce & Gabbana is now the division’s leading brand in terms of volume among a portfolio consisting of 23 licenses.

Conceding that P&G came up with the formulation of the scent, Gabbana said the creative process is about capturing a mood and a new olfactory category for the Italian fashion house. The One Gentleman has an understated oriental note, conceived to attract a sophisticated and confident consumer who places an emphasis on elegance. The fragrance opens with perky pepper notes. It has a subtle heart of lavender, fennel and cardamom, and a sensual base of patchouli and vanilla.

“We didn’t specify the ingredients, rather the sensation we wanted to create,” said Gabbana. “We asked the noses to re-create the feeling of elegance, an emotion that didn’t exist in our male fragrance collection.”

It appears as a straightforward, no-nonsense approach, almost at odds with the image of the fashion house known for its flash and smoldering sexiness. “Personally, I’ve no desire for anything complicated anymore. I’m not talking about fashion, but a style of living,” said Gabbana, who’s wearing a pair of jeans, a bottle-green cashmere sweater and worn-in brown leather boots and arrives directly from the atelier, where the designers are in the middle of preparing for September’s women’s wear show.

Despite the house’s men’s wear celebrations around the corner in June, there seems to be little time for looking back — at least, not yet. “It may sound superficial, but I’m not actually thinking of it. A few days before the anniversary hits, I’m sure I’ll feel nervous, but when the moment arrives, I won’t have the time to think about it,” explained Gabbana.

It’s almost a flippant response given the occasion, but a revealing one. “The difference between Domenico [Dolce] and I is that I’m more instinctive as a person and he is more reflective and pragmatic. I have a friend who refers to me as the ‘lightness of being.’ The truth is, I may act lighthearted, but, under the surface, I’m not — or I wouldn’t be where I am now,” he adds, getting up to check his iPhone.

One of the first designers to embrace Twitter, Gabbana is tweeting even as he discusses the brand’s heritage. “We started designing men’s wear 20 years ago with a very precise message. Through the years, also with women’s wear, we went down many different paths, but now we want to recap the situation, examine who and what Dolce & Gabbana is,” he said. “The desire of the consumer, our desire to do it and the desire for normality. It’s all a coincidence.”

Gabbana’s 140-character musings and visual sound bites — “I’m a fan of Twitter, and use it to record aspects of my life, not only to tweet about who is wearing Dolce & Gabbana” — aren’t restricted only to the contemporary, as he takes time to look back at some of the trends in men’s wear of the last two decades.

A book to commemorate Dolce & Gabbana’s 20 years of men’s wear will be published later this year, but don’t expect the term “metrosexuals” to appear in its pages. “The metrosexual man never existed, it’s not true. When we speak about men’s wear at the end of the Nineties, everybody smiles as they remember it as a bit gay, odd. It was fashion for a few. When we started working with David Beckham, and he started, as a heterosexual man, to develop his interest in fashion, it opened up the possibility to all men that they could dress up,” he noted. “Men had always stayed within strict men’s wear rules, and spontaneously they realized they could dress outside the rules, dress fashionably, without appearing to be something they were not. It was an evolution — of style and a way of living — but it didn’t originate from a word,” he asserted.

Gabbana’s openness and willingness to discuss matters he cares about is in contrast to Dolce, who channels his passion into the label’s designs. “Compared to Stefano, I’m shyer, and honestly a quiet person. I don’t really like talking about myself. I’d rather let my fashion speak for me,” Dolce said in an e-mail — appropriately sent from the atelier.

Unlike The One Gentleman’s formula, it isn’t easy to pin down the ingredients that make up the successful duo. “The dynamics between us are hard to explain using words…how can you explain a relationship that’s been going on for more than 25 years? There are so many layers,” said Dolce. “As far as our designs are concerned, for example, I would do it all squared, I love futurism, straight lines, rigor. Stefano, on the other hand, is romantic. He loves colors, prints — yet these are things I feel attracted to as well, in the same way he is attracted to what I like.”

Whatever end of the country they’re supporting, it’s clear Italy runs deep through their veins and through all aspects of their work.

For example, the advertising campaign for The One Gentleman takes its inspiration from the style of Federico Fellini’s classic films. Fronted by actor Matthew McConaughey and shot by Jean-Baptiste Mondino, Gabbana described the print and television concept as “very Marcello Mastroianni,” a house icon, given that acting is a profession Gabbana would be keen to pursue should the day job ever give him the time. “I’d like to be an actor. To be in front of the camera, rather than behind it,” he revealed, which helps explain the cinematic quality of their ad campaigns.

Despite the inclusion of a modern-day Hollywood star in the ads, the designer’s vision, with its rich black-and-white imagery, remains intrinsically Fellini-esque. Evoking an old-world finesse, the film shows a confident McConaughey, the morning after an epic celebration, strolling through a party’s aftermath in a tuxedo en route to a beach, covering up sleeping partygoers on the way. A voice-over whispers, “If you know who you are, there’s nothing to prove,” underscoring understated confidence as a defining attribute of the modern gentleman.

“The reason I’m a fan of Matthew McConaughey is that, although he’s very masculine, he has a romantic vein. Women like this aspect a lot, too. The One [for Gentlemen] is obviously a male perfume, but it’s important women like it, too,” said Gabbana, regarding the choice of McConaughey to front the campaign, alongside his existing role as the face of the successful fragrance The One for Men, which launched in March 2008.

Dolce believes appealing to both sexes, and possessing a character that both men look up to and women desire, is key to understanding the appeal of a contemporary gentleman. “A modern-day gentleman is a self-confident man, one who knows what his role in society is, who feels that he has nothing to prove to anyone anymore because he has a kind of inner harmony that is communicated in all his choices and behavior…” Dolce said.

The One Gentleman is poised for a major rollout. It will be distributed from September to between 20,000 and 25,000 doors globally in the first year. As of press time, no U.S exclusives were confirmed by Feola, but the fragrance will be available from Oct. 1 in select department and specialty stores totaling 800 to 1,000 doors in America. Some U.K. stores are being considered for early rollout, although no names were available. An eau de toilette spray, The One Gentleman will be available in three sizes: $42 for 30 ml., $57 for 50 ml. and $73 for 100 ml. An ancillary line includes aftershave lotion, $48; aftershave balm, $38; shower gel, $32, and deodorant stick, $25.

P&G clearly hopes The One Gentleman will build on the success of the duo’s existing fragrances. “The One for Men is the top performing brand in the U.S., and it continued to grow even during the economic crisis,” said Feola.