Vacca has shut down his three Manhattan locations to focus on a 10-story flagship that combines retail, hospitality and residential spaces. 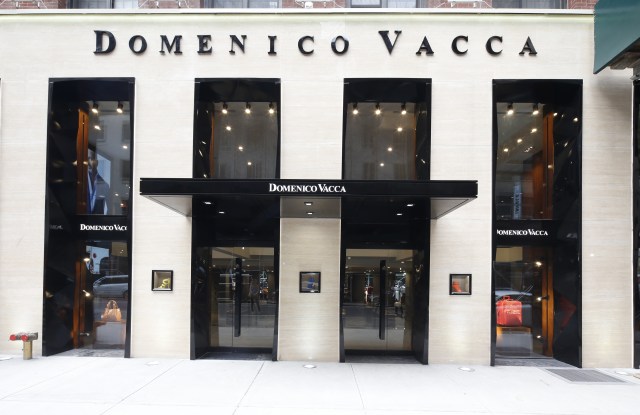 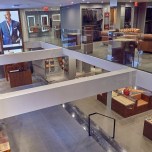 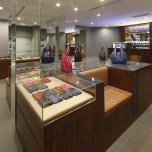 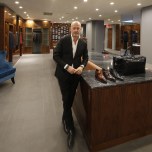 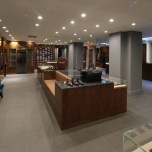 Domenico Vacca has a new proposition for growing his business and it doesn’t involve opening more stores.

Instead, he’s scaling back — over the past two years he’s closed all three of his Manhattan shops — and is focusing his attention on one flagship located at 15 West 55th Street off of Fifth Avenue, which has a soft opening next Monday and a grand opening on May 3.

“At this stage you do two things. You can do what everyone else does and open as many stores as possible, but it’s hard to talk about luxury if you are everywhere,” said Vacca. “Now you are creating a monster to keep increasing sales and opening stores. It was a great plan 20 years ago, before 2008, but now it isn’t a good setup.”

Vacca told WWD that the current challenge for brands is offering experiences, which has become the buzzword of choice for retailers attempting to get customers off their phones and into brick-and-mortar spaces.

The ambitious owner, who is also known for dressing celebrities including Denzel Washington and Jeremy Piven on and off camera, is attempting to create experiences with his new 10-story flagship that offers a variety of revenue streams.

The ground floor is dedicated to 8,000 square feet of men’s and women’s retail along with the DV Café, which fittingly replicates an Italian café and is open to the public.

The second floor features the DV Barber Shop, which sits adjacent to the DV Hair Salon, in addition to a space for Vacca’s men’s and women’s custom services. The second floor is also home to the DV Club, a private club, which has its own entrance, that costs members $1,800 a month or $20,000 a year. The fee affords members and three of their guests private access to the club, which includes a bar, lounge, outdoor terrace and a rooftop kitchen, and free food and drink. According to Vacca, the club will be open from 5 p.m. to 1 a.m. and during the day it will be used for private events.

“We don’t want to get in the restaurant business,” said Vacca, who noted the club will serve non-cooked food including salads, tuna tartare and carpaccio. “But what we figured out is that today clubs are a pain in the neck. When you want to go and relax with friends there is a minimum for bottle service. It becomes a production. I wanted to create something that I would use and my clients would use.”

Long-term stay apartments, which will be ready in September, are located on the upper floors and also have a separate entrance. The 30 available units include one, two and three-bedroom suites that are fully furnished with Domenico Vacca furniture, tableware and linens. The suites range from $12,000 to $18,000 a month and Vacca told WWD he’s working with different brokers to fill the spaces. Tenants will also have access to the DV Club and a chauffeured limousine service.

Vacca told WWD he expects the flagship to have 500 visitors per day and bring in $35 million to $40 million a year. He’s currently looking for other buildings around the world to replicate this concept and has deals in Mexico City, Dubai and London. Vacca also has stores in Beverly Hills, Mayakoba in Mexico, Doha, Milan and Miami, which will soon be expanded by 3,000 square feet to include a barber shop and a beauty salon.

He’s also looking to licensing to grow his business, which does an estimated $50 million in sales a year. The brand produces its own fragrance, eyewear and watches, but last year it signed its first licensing deal on a line of tableware that’s currently sold in select Bloomingdale’s and Saks Fifth Avenue and will be available at the flagship.

“It’s an unconventional place,” said Vacca, who will also house his New York City headquarters in the building. “The point is that in luxury today you have to give value and you have to give customer service. It can no longer be, ‘Oh, if I put this jacket out at $10,000 the perception is that it’s the best jacket.’ That doesn’t fly anymore. People are smart.”