Donna Karan Collection Has Key Retail Support Until the End

Retailers such as Bergdorf Goodman, Saks Fifth Avenue, Neiman Marcus, Nordstrom and Bloomingdale’s confirmed Wednesday that they all plan to carry the last Donna Karan New York collections for fall and resort. 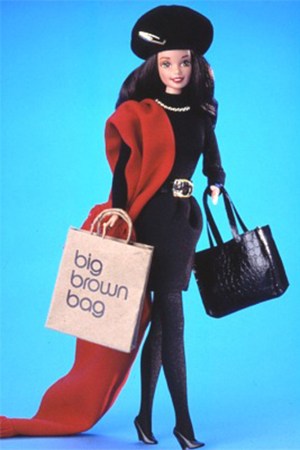 Retailers such as Bergdorf Goodman, Saks Fifth Avenue, Neiman Marcus, Nordstrom and Bloomingdale’s (Chestnut Hill, Mass.) confirmed Wednesday that they all plan to carry the last Donna Karan collections for fall and resort. Those collections will also coincide with the publication of Karan’s memoir, “My Journey” that’s slated to come out in October, which should further enhance Karan’s popularity.

As reported, the Donna Karan collection will cease to exist after the resort 2016 season, and Karan will relinquish her role as chief designer of her namesake company. Donna Karan International, which is owned by LVMH Moët Hennessey Louis Vuitton, plans to reorganize its teams and structure in order to substantially increase its focus on the DKNY brand. In April, DKI tapped Public School founders Dao-Yi Chow and Maxwell Osborne as designers of DKNY. Their first DKNY collection will be for spring 2016. They replaced Jane Chung, executive vice president of design of DKNY, who resigned.

As a result of the closing of the Donna Karan New York collection, DKI will lay off 70 people at the company’s 550 Seventh Avenue headquarters between now and January, a spokeswoman confirmed. Karan stepped down to focus on her Urban Zen foundation and company, and she will become a close adviser to DKI. Peter Speliopoulos, senior vice president of design of Donna Karan New York, will also exit the company. In addition, DKI will close its freestanding Collection stores in Manhasset, N.Y.; Costa Mesa, Calif.; London, and Las Vegas. The stores will “phase out between the end of year and early spring,” said a DKI spokesman. The company shuttered its 11,000-square foot, three-level Madison Avenue boutique last August.

Ironically, Karan’s fall 2015 designer collection was deemed to be one of her best. For resort, her themes were “East Meets West, Black Meets Whites,” and the lineup featured the new “serene seven easy pieces.” Karan turned to Asia for inspiration, with wrap kimono tops and obilike constructions in architectural silhouettes with jacquard details.

A spot check of retailers Wednesday, including Bergdorf’s, Nordstrom, Neiman’s, Bloomingdale’s and Saks, showed that Karan’s key retailers will support the brand until the end.

Linda Fargo, senior vice president, fashion office and store presentation, said, “We currently have Donna Karan’s pre-fall collection in-store and plan on carrying both fall and resort as planned. We are working closely with the company to ensure a smooth transition. We will clearly miss Donna’s signature collection, but respect her decision to explore another chapter. She always offered something unique and was an undisputed ‘original.’ She was a vibrant and integral part of the Bergdorf history and family of designers. She and her team have always shown themselves to be the best of partners, and the moment can’t pass without honoring her importance to the fashion business, as we know it today, and to us personally and in business.”

Tracy Margolies, chief merchant at Saks, said, “Donna Karan is an icon of American fashion. She not only understands how to empower women through fashion, but has the ability to relate to them in a refined, progressive way. From her early foundations and beyond, we are proud to be one of her brand’s earliest supporters. We will continue to have her last fall 2015 and resort 2016 collections in store, and we are all looking forward to what Donna does next.”

Bloomingdale’s carries Donna Karan in its Chestnut Hill Boston unit only and will continue to carry it for fall and resort, but the focus is on DKNY. “She [Donna] has been such a big part of our heritage,” said a Bloomingdale’s spokeswoman. DKNY is carried in all its stores and has a large presence in the Lexington Avenue flagship in New York. “DKNY is very important to our business,” she said.

Bloomingdale’s is planning an event with Karan’s book. Over the years, Karan and Bloomingdale’s have celebrated many special events, including store openings around the country, book parties and the exclusive launch of a Donna Karan Barbie doll. The Bloomingdale’s spokeswoman said she looks forward to seeing what comes next from Urban Zen. “I’m a big fan of Urban Zen,” she said. She noted that Karan does a lot of events for young designers and artists, in addition to wellness events, in her Urban Zen stores. “When she’s there [at the Sag Harbor store], it’s amazing,” she said.

Urban Zen is a stand-alone company owned by Karan herself. The collection features seasonless basics in a neutral color palette and corresponding jewelry, accessories and home decor handmade by artisans employed by Urban Zen. A yoga line will be launched in the fall. Many of the goods are produced in Haiti, Thailand and Bali. Urban Zen has freestanding units in New York, Sag Harbor and Aspen.