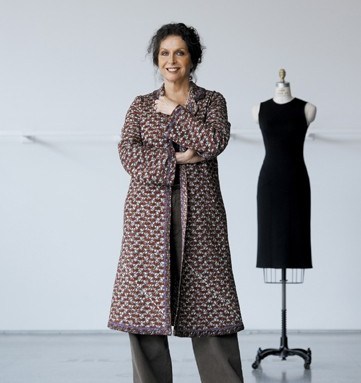 Linda Dresner, a fixture on Park Avenue, is closing its gilded doors at the end of December after more than two decades in business.

Dresner introduced New York women to such edgy designers as Yohji Yamamoto, Comme des Garçons, Ann Demeulemeester, Martin Margiela and Claude Montana. Hers was also one of the first stores in the United States to carry Jil Sander. So successful was Dresner with the mercurial German designer that she opened a Sander boutique adjacent to her main store 17 years ago.

The store, which was designed by JW Fred Smith, was a forerunner to all the minimalist retail spaces in Manhattan by John Pawson and others. Smith, who was not a trained architect, nevertheless specialized in minimalist design. The store was clean but not austere and modeled after an art gallery with no extraneous color or furnishings to distract from the clothes. A rectangular bronze-finished table displays jewelry and a black box, which acts as an architectural element, hides ducts, stereo speakers and stairs to the basement.

Dresner’s diverse clientele includes Gloria Vanderbilt, Corine Roitfeld, Wendy Murdoch, Uma Thurman and Scarlett Johansson. Jacqueline Onassis and her daughter-in-law Carolyn Bessette Kennedy were also among the shop’s more notable customers. “Jackie felt the store was a calm haven for her,” Dresner recalled. “She used to sit quietly in the dressing room and have a little lunch. Then, in her wonderfully sweet soft voice she would look around and say, ‘Oh, it’s all so beautiful.’ She bought occasionally. She didn’t undress. She bought a very classic raincoat. She liked watching women trying things on and looking in the mirror and would say, ‘I wish I could wear things like that’ about styles that were a little more out there.”

The 3,400-square-foot store, which is on the corner of 59th Street, did sales of $800 per square foot to $1,000 per square foot during the best of times, Dresner said. “We had very good volume,” she added. “There’s too much of everything right now. Would I open a store in New York today? No. Retailing has to be reconsidered. It’s become a commodity that’s less creative. There’s too many stores selling the same kind of merchandise and it’s not as beautifully chosen. It’s ruined the enthusiasm for fashion.”

Dresner also operates a second eponymous boutique in Birmingham, Mich., her hometown, which will continue to operate.

“With these deep markdowns and the big stores having to regroup, it seemed useless [to stay open],” Dresner said. “In spite of the difficult economy, we still have clients in Michigan. There aren’t that many stores there as there are in New York. The Somerset Collection [an upscale mall in Birmingham with anchors such as Saks Fifth Avenue and Neiman Marcus] impacts my business. They have early sales. The audience that likes these clothes is large, but it’s not huge in Michigan. We still have a strong signature. We can cope with the ups and downs easier in Michigan.”

Dresner’s 10-year lease is coming to an end, and the landlord has asked Dresner for an increase to renew. She’s said she’s been paying around $500,000 a year, but declined to discuss the amount of the increase. “It seems like the right moment,” she said. “The store is a beautiful place, and we made quite an impact. We’ve enjoyed a strong and good reputation.”

Dresner, who is considered a visionary by many in the fashion industry, is known for her ability to spot interesting designers before they become widely known. She buys collections differently than department stores, homing in on the most interesting and important pieces, pulling a look together from various collections.

“I think of my store as a big closet,” she said. “I think about putting clothes together as I would wear them. I bought John Galliano in a younger more interesting way. Being early is one thing, but I also show the clothes in a particular way. I’d put a Galliano gown with shoes that don’t belong to Galliano and put a jacket or topper from another designer over the gown. I’ve mixed Margiela with someone more dressed-up like Balenciaga.”

In some cases, Dresner tries to keep things pure. “I rarely mix Comme des Garçons with anything,” she said. “[Designer] Rei Kawakubo has a strong signature and is exclusive enough that it still seems pretty special.”

Dresner featured designers Tom Binns and Martine Sitbon very early on. Through the years she sold Undercover, Toga and smaller Japanese designers, and carried Ann Demeulemeester and Martin Margiela when they were still unknown. “We showed them in a significant way, which was an integral part of our mix,” she said. “I’m most known for that mix. That was the strong attraction. Twenty-five years ago, these designers weren’t so obvious on the landscape. I was early with Yohji Yamamoto and bought and showed him in a significant way. I also bought Rick Owens early on.”

Dresner began her career 30 years ago as a model in Detroit. Before she had a chance to go to college, marriage and children came. In the Seventies, Dresner and a friend, Hattie Belkin, opened Hattie’s in Franklin, Mich., where they sold Yves Saint Laurent and other haute designers in a tiny 300-square-foot space. After six years, the two women parted ways and Dresner opened a store with her own name on the door.

“I got married at 17,” she said. “I didn’t have a formal college education.” Dresner opened the Birmingham, Mich. store first, in 1978, which was followed by the store at 484 Park Avenue in 1983. “In my innocence, I felt like New York needed me,” Dresner said. “The only specialty store that existed at that time and seemed similar in some way was Martha. I felt like I had something new to say. It was quite magical to be around beautiful clothes. I’ve continued to enjoy it even through the ups and downs of the marketplace.”

The latest ups and downs have been more difficult to weather. Nor is Dresner the first specialty retailer to close as a result of the deteriorating economy and aggressive promotions waged by department stores. Mix, a highly regarded retailer in Dallas that sold Balenciaga, Lanvin and Alexander McQueen gowns with five-digit price tags to the wives of oil barons, was done in by the downward economic spiral and dwindling stock portfolios, which sapped consumers’ desire to shop.

Jane Mayle revealed she will exit the business she founded in 1998 and shutter her NoLIta boutique at 242 Elizabeth Street in February. The economy, the challenges of running a fashion business, debt and the inability to secure financial backing can all be factors in the decision to close shop. Fassbinder, a jewelry gallery on Eighth Avenue near Jane Street featuring the designs of some 20-plus artisans, shuttered during the summer.

Dresner is not saying goodbye to Manhattan forever. “Maybe when the smoke clears,” she said. “I still feel creative and interested, and I love retailing. I feel very ambitious and active. I can see that something else may come up. I’ll use the Internet a little bit more and we plan on doing some private trunk shows in a showroom in New York. The business needs to be rethought and re-created. It’s a time of reflection and of change. I’ll take more chances when the climate feels more relaxed. I’m going to speak to the women who still want special clothes.”

Linda Dresner on Park Avenue will close on Dec. 31. “The store is on sale because we’ve had to be on sale because of the other [retailers],” Dresner said. “We’re not doing anything drastic. Anything that’s left we can take to the Michigan store.” The Park Avenue location has seven full-time employees and Dresner said she’s helping them find new positions. “The environment is not too positive for people taking on new employees,” she said.