Dsquared2 Licensing Deals: It All Adds Up

Licensing is a small but important part of the overall business. 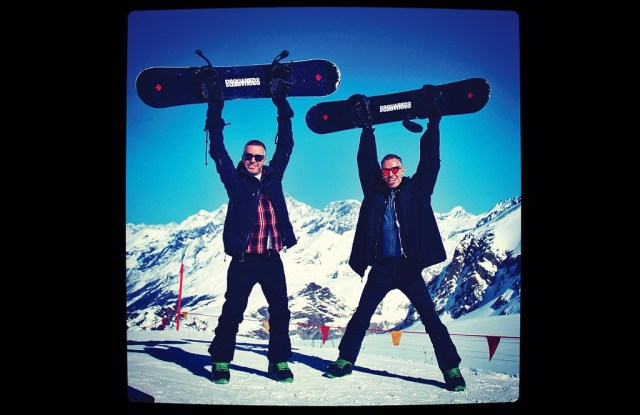 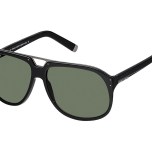 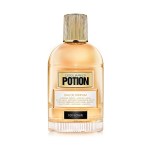 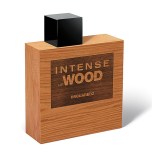 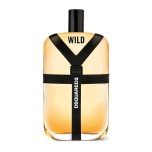 Licensed Products in the fashion world distill a brand’s essence, and the range of items spawned by Dsquared2 is no exception. Backed by salacious, jocular campaigns starring hot young things in varying degrees of undress, Dsquared2’s eyewear, fragrances, intimates and yes, even snowboards, provide consumers with another “way to belong to the company,” said Dean Caten.

They’re also “more accessible as far as price point,” said Dan Caten, adding: “Eyewear and fragrances are always the two first things that are easy for someone with more of a budget” to approach in high fashion.
Fragrance, eyewear and underwear licenses are a relatively small part of Dsquared2 retail sales — the company says around 5 percent of the total — with selective distribution.

Fragrances came first, when the duo signed a 12-year licensing deal with Italian manufacturer ICR-ITF in 2006.

Roberto Martone, president and chief executive officer of ICR and vice president of distribution arm ITF, said he and his staff spent a year-and-a-half developing the first Dsquared2 men’s scent alongside the designers.

“The decision to start with a men’s fragrance came from the fact that [Dsquared2’s] fashion also began with men’s wear,” Martone noted. The result, He Wood, channeled the designers’ love of the Canadian outdoors through its woodsy notes and packaging; the eau de toilette hit the first shelves in September 2007 and remains the brand’s bestseller.

“I have to say that the inspiration for each perfume really has always started with Dean and Dan,” said Martone, adding that the brothers viewed fragrance as another outlet for creative expression. “We work very closely with them, they want to be involved in every stage of the process, from the outset…They’re really active, they want to participate, smell the fragrances. They don’t limit themselves to the final selection — they want to step in at the beginning.”

Pivotal launches after He Wood include She Wood (2008), Potion for men (2011), Potion for women (2012), Intense He Wood (2014) and Wild (2014), a men’s juice introduced with a racy campaign by Steven Klein that drew explicit parallels between muscular model Silvester Ruck and an untamed stallion. Although distribution, which began in October, will only be complete later this year, the fragrance is already doing well and could eventually account for anywhere from 25 to 40 percent of Dsquared2’s perfume sales, Martone said.

An unrelated new women’s pillar is also on the agenda for next October.

Today, Dsquared2 fragrances account for about 38 percent of ITF’s turnover of 125 million euros ($147 million at current exchange), Martone noted, and about 65 percent of that stems from men’s scents, versus 35 percent from women’s. The fragrances are distributed at an estimated 8,000 to 9,000 international doors, and key markets are Italy, Germany, Austria, the U.K., the Netherlands, Greece and Russia. Martone said he sees “many areas to tackle” for expansion: the brand’s scents are already available in Canada, but ITF would also like to take on the U.S. and South America, and “improve our position in the duty-free sector.”

Two years after signing their deal with ICR-ITF, in 2008 the Caten brothers signed a five-year licensing agreement with eyewear giant Marcolin Group for the production and distribution of their first men’s and women’s frames.

“Eyewear was our missing link and we feel it’s important because a pair of glasses can make a distinctive statement and pull a look together,” Dan told WWD at the time. The deal was extended for another five years in 2012.

Dsquared2 “has a special place in our portfolio and in our heart, for its freshness and its way of never being banal,” said Marcolin ceo Giovanni Zoppas.

He attributed the brand’s distinctive identity and international appeal to its mix of elegance, edginess, modern colors and vintage references. The first sunglasses bowed in 2009, and prescription frames soon followed. Shot by Steven Meisel, a provocative advertising campaign for the original batch of sunglasses portrayed Naomi Campbell and Linda Evangelista tackling each other while sporting Seventies-style shades.
Eyewear prices vary but generally average around 200 euros ($236).

Fragrances and eyewear may be the designers’ best-known licenses, but the brothers have dabbled in a range of other product categories, too. In 2012, they signed a three-year deal with silk specialist ISA for the production and distribution of Dsquared2 men’s and women’s underwear and swimwear. The designers had flirted with intimates nearly a decade prior, with a series of in-house pieces such as men’s briefs with the words “I Love Beer” written across the front — and that irreverent approach remained key with ISA as partner.

“Our collections have always been characterized by a strong element of seduction that stands halfway between eroticism and exhibitionism,” Dean explained.

And with their unabashed love of winter sports, it was inevitable that the duo would veer into athletic accessories: in 2013, the Caten brothers signed a deal with Rough Snowboards for a series of boards for adults and children, at around  900 to 1,000 euros — or $1,062 to $1,180 at current exchange.