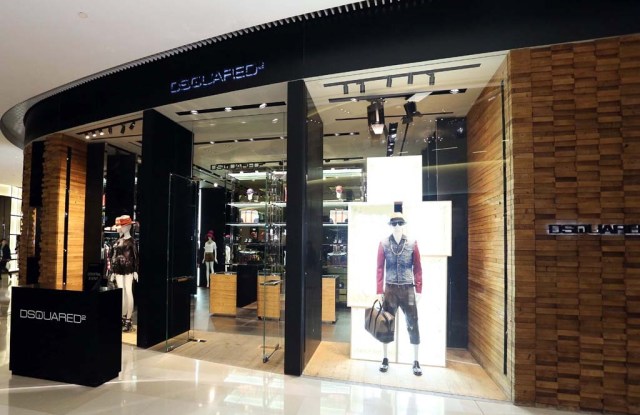 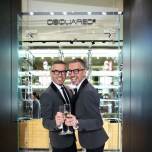 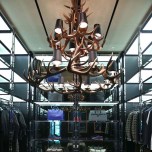 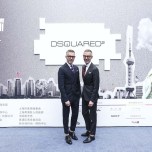 SHANGHAI — Dsquared2 designer duo Dean and Dan Caten made their runway debut in China as the closing act for this year’s Shanghai Fashion Week.

The Canadian twins showcased their fall collection on Thursday evening, the final night of this city’s annual fashion week. On Wednesday, they celebrated the grand opening of their third store in Shanghai, located in the newly opened IAPM shopping mall.

Dsquared2’s participation in Shanghai Fashion Week was nothing short of calculated. The brand has been embroiled in an ongoing lawsuit here against a domestic company that registered its trademark (without the “2”) and has been opening counterfeit stores and selling counterfeit products for nearly half a decade. As a result, according to the designers, there has been widespread confusion about the authenticity of their brand. While a court in Hangzhou, a city near Shanghai, granted Dsquared2 the rights to legally distribute its brand here earlier this year, despite an application to trademark the brand in 2005, the Caten brothers said the situation is still not completely resolved and also has impeded their expansion plans in China.

“It is just a mess,” Dean said on Wednesday during an interview in their suite at the Mandarin Oriental in Shanghai’s Pudong district. “We need to let [Chinese consumers] know that we are the real McCoy, and we don’t want them to feel like they are getting ripped off. We are doing everything possible to clear this up.”

The twins said the trademark issue has been a “crying shame” for Dsquared2’s business on the mainland. They said they were invited by local government officials in Shanghai to showcase their collection here as part of an effort to educate the market about who Dsquared2 really is.

“There has been a little bit of confusion,” Dan said. “We are here to straighten that confusion out.”

Prior to landing in Shanghai, the twins were in Hong Kong to celebrate the opening of a new store in the IFC Mall. In China, additional openings are slated in Chengdu and Chongqing this year.