It could be becoming an example of what happens when a brand has gotten too big and grown too old in the Chinese market. 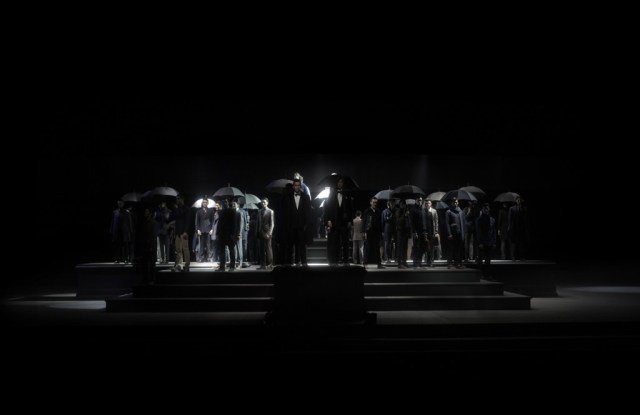 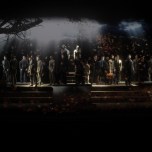 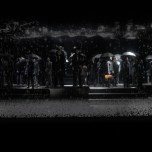 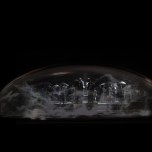 SHANGHAI — It is not that Alfred Dunhill hasn’t done well in China. Since the brand started doing business here two decades ago, making it one of the earliest foreign luxury labels to enter the market, the company has opened more than 100 stores and Chinese consumers now make up around 40 percent of global sales, according to executives.

But Dunhill could be becoming an example of what happens to a brand that has gotten too big and grown too old in the Chinese market, and, in the process, is losing its identity and direction here.

Dunhill is not unaware of the issue. In 2008, the company opened one of its flagship Dunhill Home stores in a mansion tucked in a courtyard off of Huai Hai Lu, a high-end shopping street in Shanghai, in an effort to remind Chinese consumers of the brand’s heritage. Over the last few years the brand has worked to clean up distribution of its products in the Chinese market, and now has total control, either through freestanding stores, stores in malls or shops-in-stores which it oversees.

“We do have quite a bit of credibility with the local customer,” said Dunhill chief executive officer Christopher Colfer. “We just needed to dial it up a bit more, and that was the reason for [opening] the Dunhill Home here.

“It was a big investment at the time. Still is,” Colfer added. “Whenever you do something like this, you have to understand you don’t do them for commercial reasons. You are doing them for image reasons, and you are also doing them for reasons of anchoring yourselves in certain ways.”

There has been speculation that the Shanghai Dunhill Home store has caused a continuity problem for the brand in China, with observers pointing out that Dunhill creates an image of ultraluxury with its store in the city yet fails to maintain that level of luxury elsewhere, resulting in more confusion in the marketplace.

“I can understand maybe why that would come about and potentially we have the same issues in London,” Colfer said. “You can’t replicate this [in a shopping mall]. It is just not possible.”

On Friday night, Dunhill made another investment in raising its profile on the Mainland with an event in Shanghai the brand called “Trafalgar.” The show was billed as an “exhibition in the form of installation and unique presentation.” Like a Burberry event held last year, Dunhill used visual imagery technologies to create images of London and the city’s changing seasons. These images were projected onto large screens placed in front of a podium shaped like Nelson’s Column, a monument in Trafalgar Square.

Yet, unlike the Burberry show, Dunhill’s event was not decidedly British.

The models who stood on the podium while animations of changing seasons and of the London cityscape were projected on the screens in front of them were all Asian. Gongs and Chinese drums were played during the performance, which was about 15 minutes long. Music from Tan Dun, a Chinese composer, was also part of the musical serenade.

On the one hand, the brand said the event was being held to show appreciation to its Chinese customers. But on the other, the company stressed it was intended to be a global event with a global audience, a move that was perhaps intended to also remind Chinese that Dunhill is a foreign brand and not one from the Mainland.

“We needed to do something for our customers here,” Colfer said. “But also it is international. We have people coming in from all over the world for this event.”

Of the thousand or so who attended, there was a noticeable turnout from Taiwan, Singapore, Britain and Hong Kong (one journalist from Hong Kong said that 15 publications from Hong Kong were there covering the show). It was hard to gauge exactly how many local Chinese were there, but it appeared there was a significant presence of Dunhill customers from second- and third-tier cities.

Two guests from Xian, who were invited by one of Dunhill’s franchise partners, said the brand was one of the most popular among rich businessmen in the city, which is located in central China. When asked whether they had heard of the Dunhill Home store in Shanghai, they said they had not.

Moving forward, Dunhill will continue to place importance on expanding into smaller markets in China, which is where many of its problems remain. “I recall seeing Dunhill points of sale in smaller, midend department stores, selling polo shirts, belts and other accessories that did not really seem to be in line with the brand image they want to convey,” said Torsten Stocker, Greater China Partner at the consulting firm Monitor Group.

This “points to an issue many brands will face in China — i.e., maintaining their cachet with those [consumers] adopting new ideas, styles, brands without alienating the core consumers they grew up with,” Stocker said.

“They are going downhill,” said an executive of one of China’s leading high-end department store chains who requested anonymity because he did not have permission from his company to speak about the matter. “They are either going to have to close some stores and become top tier or just have a lot of stores and go for sales.”

We “consider them a second-tier brand,” he added. “They are everywhere, they have lost their exclusivity.”

Part of the problem seems to stem from the fact that Dunhill now has so many stores on the Mainland that consumers, particularly more savvy and sophisticated ones in first-tier cities like Beijing and Shanghai, may view the brand more as a middle-tier men’s wear label than one that is meant to be the embodiment of British luxury.

Colfer said the brand plans on buying back more of its stores from its franchise partners and also plans to open at least 30 stores over the next couple of years. With another flagship slated to open soon in Beijing, it will also continue to remind Chinese consumers that Dunhill is a luxury brand with a history, heritage and style that is undeniably British.

“Alfred Dunhill has been making things properly for over 120 years,” said Jason Beckley, Dunhill’s global market director who choreographed the Shanghai event. “This is a brand that is all about doing things to the very best that they can be done.”