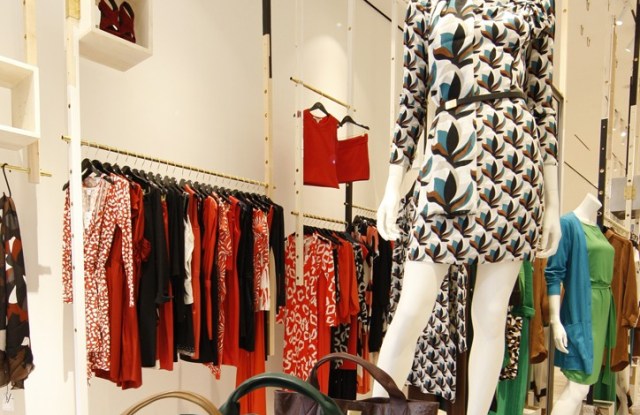 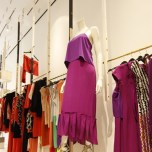 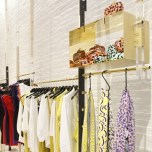 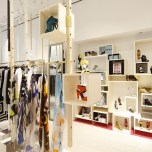 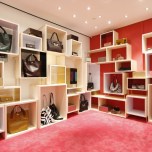 NEW YORK — Diane von Furstenberg is in a SoHo state of mind.

Today, the designer will open her second New York boutique at 135 Wooster Street in SoHo, featuring a new retail concept developed with creative director Yvan Mispelaere, who joined the company in March 2010. It aims to better reflect how the business has grown since von Furstenberg returned to fashion in the late Nineties and is expected to serve as a blueprint for other DVF stores.

“At DVF, we had three eras,” she said. “One is when I was 25 and started out, and I call it ‘American Dream.’ Then, 12 years ago, when Paula [Sutter, DVF president] and I started on 12th Street and we weren’t sure where it was going, it was ‘Comeback Kid.’ Now, we are starting a new period that says, ‘We mean business.’ The SoHo store, the Web site [which was redesigned earlier this month], and the arrival of Yvan Mispelaere are all part of this new period.”

Von Furstenberg tapped French firm Ciguë Architecture and Design to develop the store concept with Mispelaere. Maintaining hallmarks of the neighborhood marked by cast-iron architecture, the store has such elements as exposed brick walls with floors made from reclaimed barn wood. Von Furstenberg was so taken by a manifesto wall that was part of her recent “Journey of a Dress” exhibition at the Pace Gallery in Beijing that she decided to recreate it in the new store, with some of her favorite mantras — “Love is Life,” “Words are Powerful, use them carefully,” “BE the woman you want to be,” Glamour Shine Confidence” — in a graffiti script, including some in neon.

The boutique will also have five plasma screens for brand videos, including runway shows, advertising campaigns and behind-the-scenes footage. One screen will be specifically devoted for social media and allows customers to tweet their comments in real time, while another is interactive so that shoppers can use the touch screen for customers to explore the relaunched DVF.com.

“With the SoHo store, we started to evolve the way our stores work and look because when we first started all we had was clothes,” von Furstenberg said. “Now, there is also a family of accessories. There are shoes, handbags, scarves, eyewear and leather goods. There are so many different things, so you have conceive the stores differently.”

Von Furstenberg currently sells her collection in 72 countries and 61 DVF boutiques, 41 of which are stand-alone stores. She said retail will play a key role in the company’s expansion. “We are looking at opportunities wherever there are some. Manhattan is clearly a huge market, and we do so much business here with department stores, our own store and the Web.”

While SoHo isn’t too far from her other store at her company’s Meatpacking District headquarters, von Furstenberg said the district was at the top of her wish list. “It’s the heartbeat of Manhattan and a place that so many tourists go,” she said. “SoHo was always where you went to discover, and it still is that to this day. It’s a destination.”