By Elizabeth Thurman on May 18, 2010
View Slideshow 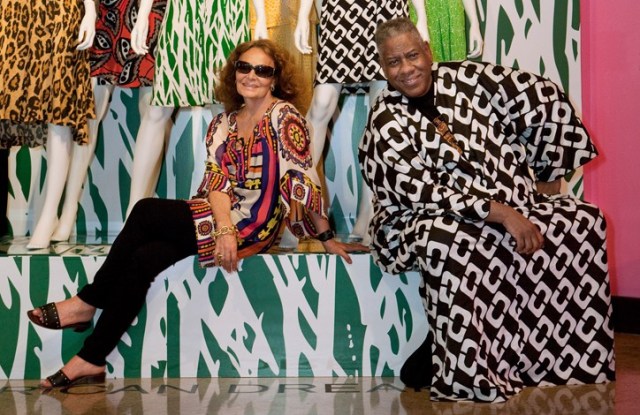 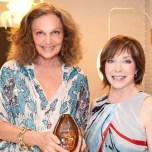 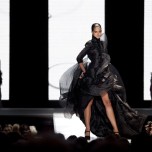 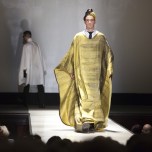 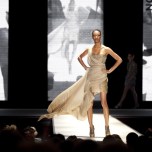 SAVANNAH, Ga. — Diane von Furstenberg shared the spotlight with students at the Savannah College of Art and Design.

“André Leon Talley is someone I respect, admire and love unconditionally,” said von Furstenberg, who is president of the Council of Fashion Designers of America. “We’ve shared some very moving moments together and this is another one of those moments.”

She also expressed admiration for SCAD president Paula Wallace, describing her as being among “women with a vision.”

Several former SCAD students paid tribute to Talley and the award by designing 10 caftans inspired by the work of each recipient, and showcasing them on male models in a runway show before the main event.

“I’m very moved by the tribute and I want all of those clothes in my room after the show,” laughed Vogue’s Talley, who was draped in a graphic-printed caftan, inspired by von Furstenberg.

“For many years, I have started my days with a phone call from Diane,” Talley said. “She loves me without hesitation.…I am honored to present her with this award.”

In conjunction with the show, Talley curated an exhibition called “Diane von Furstenberg: Journey of a Dress,” which opened at the Gutstein Gallery in Savannah on May 7 and will run until July.

Posen, Bryan Bradley, Angel Sanchez and Catherine Malandrino served as mentors for the 27 students whose 108 looks ran in the show, and all were on hand to offer last-minute encouragement.

Malandrino, who flew to Savannah three times to meet personally with students during the design stages, said she was “blown away” by the collections and the resources available to students.

Michael Fink, dean of SCAD’s school of fashion and former vice president and women’s fashion director at Saks Fifth Avenue, said, “The entire process has been a real lesson for me in how to let go of some of that control and really let the students shine.”

Next up for the college is Thursday night’s launch of “Fashion Seen,” a show in Atlanta that will feature looks by 20 senior fashion students at SCAD’s sister campus.